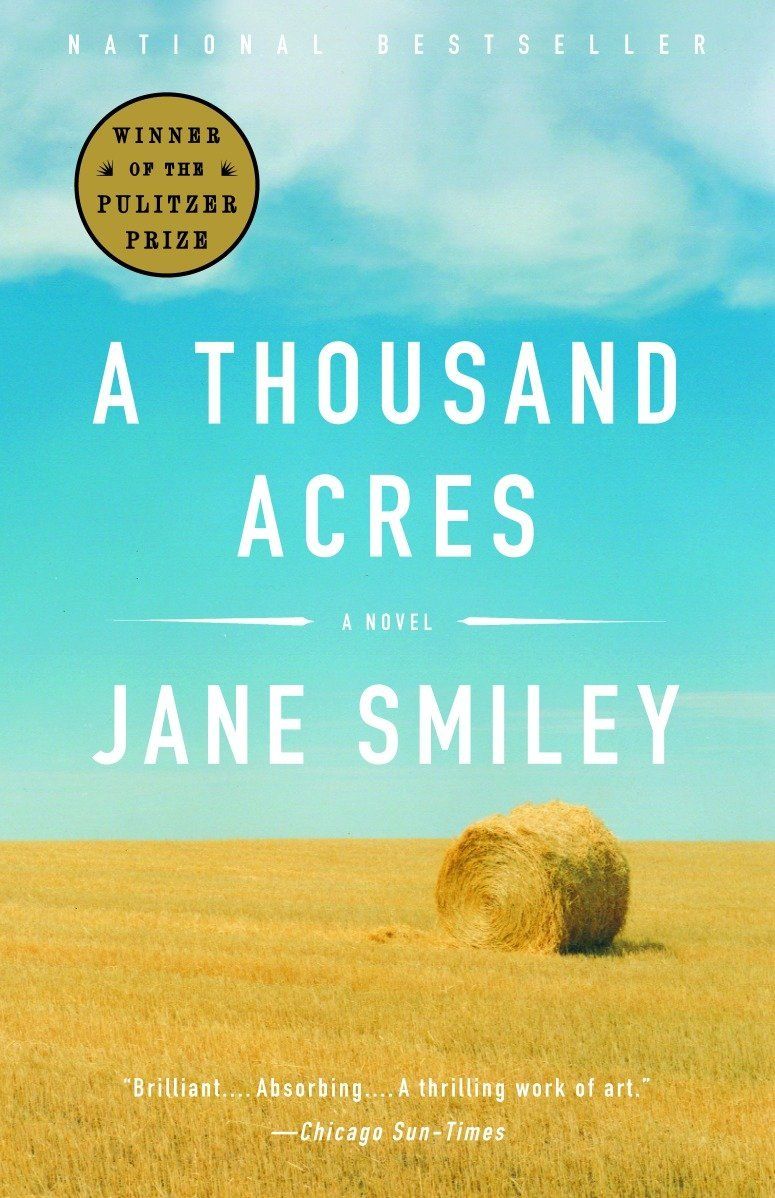 I find it hard to speak about novels with the intensity of A Thousand Acres for a few days after finishing them. Nevertheless, I stayed up until midnight last night, which is really late in my world, to get to the end of the only book I’ve read all Christmas. It’s been a long and lovely two week holiday but ‘spare’ time has been as rare as a winter’s frost in these days of climate emergency.

I hadn’t heard of the author Jane Smiley before an editor on my Arvon writing retreat recommended this to me, because my story had put her in mind of it. It’s King Lear meets 20th century mid-western farming family, where an outwardly prosperous Iowa family clashes with modernity. The father unexpectedly decides to sign over the farm to his three daughters, cutting one out when she has reservations, and the resultant tornado threatens to tear up every last scrap of the family from the map of Zebulon County: the farm, their homes, their belongings and even themselves and their memories.

This is a tragedy at every turn and there is no escape from its bleakness I am afraid, a theme you’ll recognise as common to books I admire. Can’t stand sugar-coating. Eldest sister Ginny tells the story of the downfall of her family with a dry but introspective eye, weighing up personal tragedies against larger truths and losses. It is the story of American agriculture, too, and the country’s great White dream, and its collapse. The action, taking place only over one summer in 1979, is the precursor to today’s angry world, and is as ferocious and romantic a family drama as any I’ve read.

It can be hard to go back to older novels when I’ve so many on the new list. Very, very glad I did. Smiley won the Pulitzer prize for A Thousand Acres in 1992 and has written many other successful novels. The film version stars Michelle Pfeiffer and Jessica Lange, hoping to track this down.

Buy A Thousand Acres (Harper Collins) for £7.75 from Hive