After the Storm, Emma Jane Unsworth 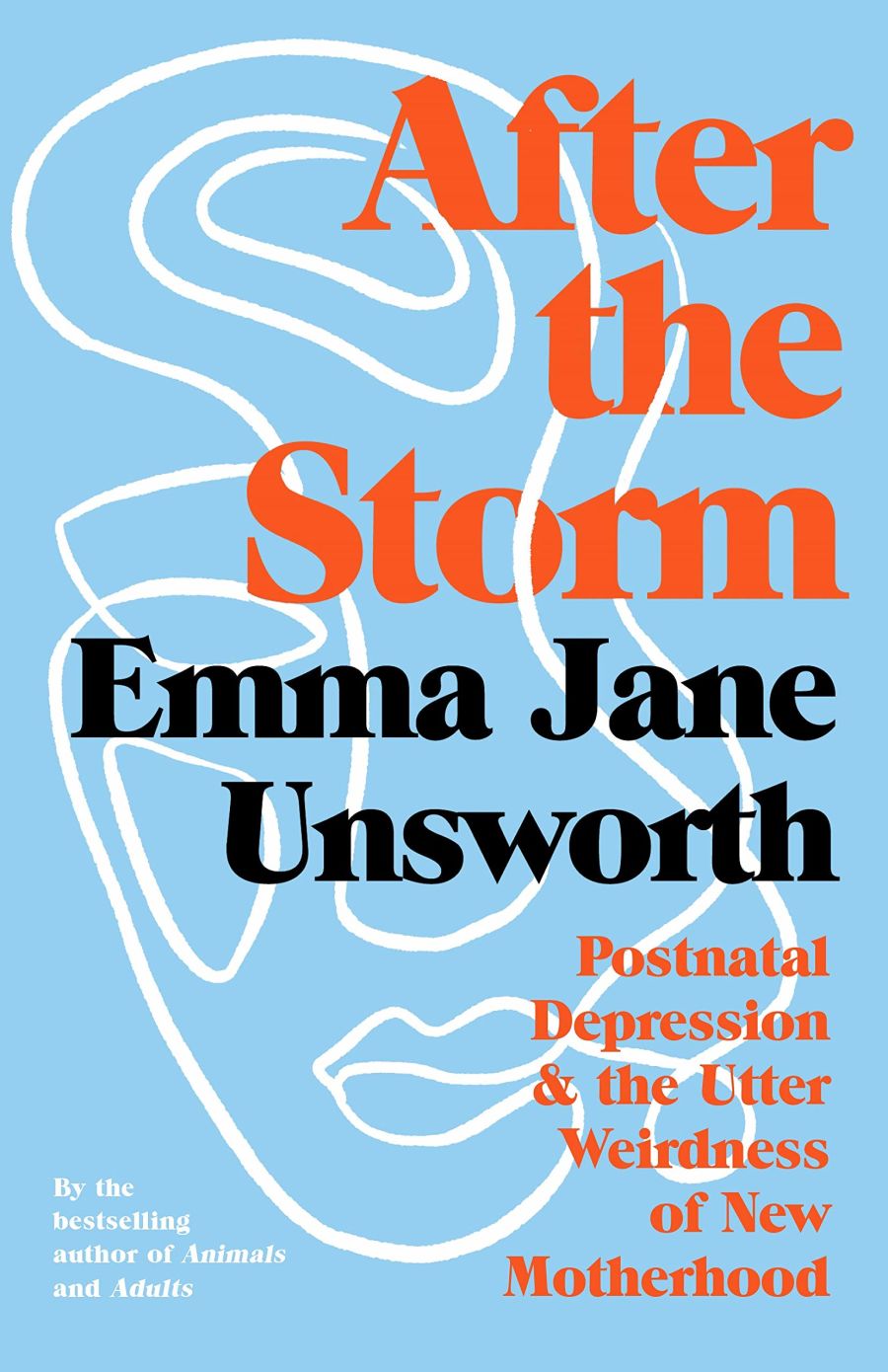 It was unclear (to me) why I wanted to read a memoir about postnatal depression six years after my own pregnancy, but now I’ve read Emma Jane Unsworth’s excellent After the Storm, I reckon I was looking for some sort of recognition that I have so far not found elsewhere, for the trauma - albeit a trauma with a truly fabulous outcome - I went through to be validated.

I’m not sure what I would have done if my experience hadn’t been similar to Unsworth’s, or if her story had been one of how to put up and shut up and yank up those bootstraps and get on with it because how LUCKY are we? The ones who conceive and carry babies to full term. Who raise mostly healthy children who are lovely and loving and loved by us. These are no small gifts, but the duality of early parenting is so hard to look in the eye, never mind get down on paper, and Unsworth has done a brilliant job, sharing the cruellest details of her own experiences as well as the snippets of glory.

It’s not a spoiler to say she didn’t have a good time at the birth. She comes to believe that a few events played a large role in how she lives through the first months of motherhood, which is desperately sad in itself because if she’d had a different experience, met different medical professionals or been offered different treatment and advice, the outcome may have also been entirely different.

In addition - and this part applies to all parents, even those who have had a so-called ‘good’ birth (I say so-called not to undermine it but to highlight how the divisions are already drawn) - there is the tyranny of pretending that everything is OK for months afterwards, because everyone else seems to be managing. Because everyone else can admit it’s both terrible and wonderful, but mostly wonderful and it’s supposed to be hard, isn’t it? If they are going through the same thing as you are, then why can’t they fucking well say it? I know not everyone has a bad time, but lots of people do.

People talk a lot these days about things being triggering, as a warning in case you don’t want to read content which might remind you of a bad past event in your own life and trigger painful memories or worse. After the Storm was definitely triggering for me, but in a healing way. Five years on, I am able to recognise that taking my twelve week-old daughter on a walking holiday in the Alps and then being surprised it wasn’t the holiday of my dreams was not sane behaviour. And yes, I can laugh at it now. But I cannot laugh at the cabal of haters, from midwives and doctors to employers and bus drivers who have got together and decided that while children are sacred, mothers are vermin.

I don’t know at which point in anyone’s pregnancy or parenting journey is a good time to read this as we’re all different. I didn’t find Rachel Cusk’s A Life’s Work too cheery in the throes of early breastfeeding, but later realised its beauty.

Remarkably, I watched the film of Elena Ferrante’s The Lost Daughter (Olivia Colman and Jessie Buckley. Tres bien) the day I finished this book, and came out of it desiring another child.

Buy After the Storm: Postnatal Depression and the Utter Weirdness of New Motherhood from Bookshop.org to support independent bookstores as well as authors