Are We Having Fun Yet?, Lucy Mangan 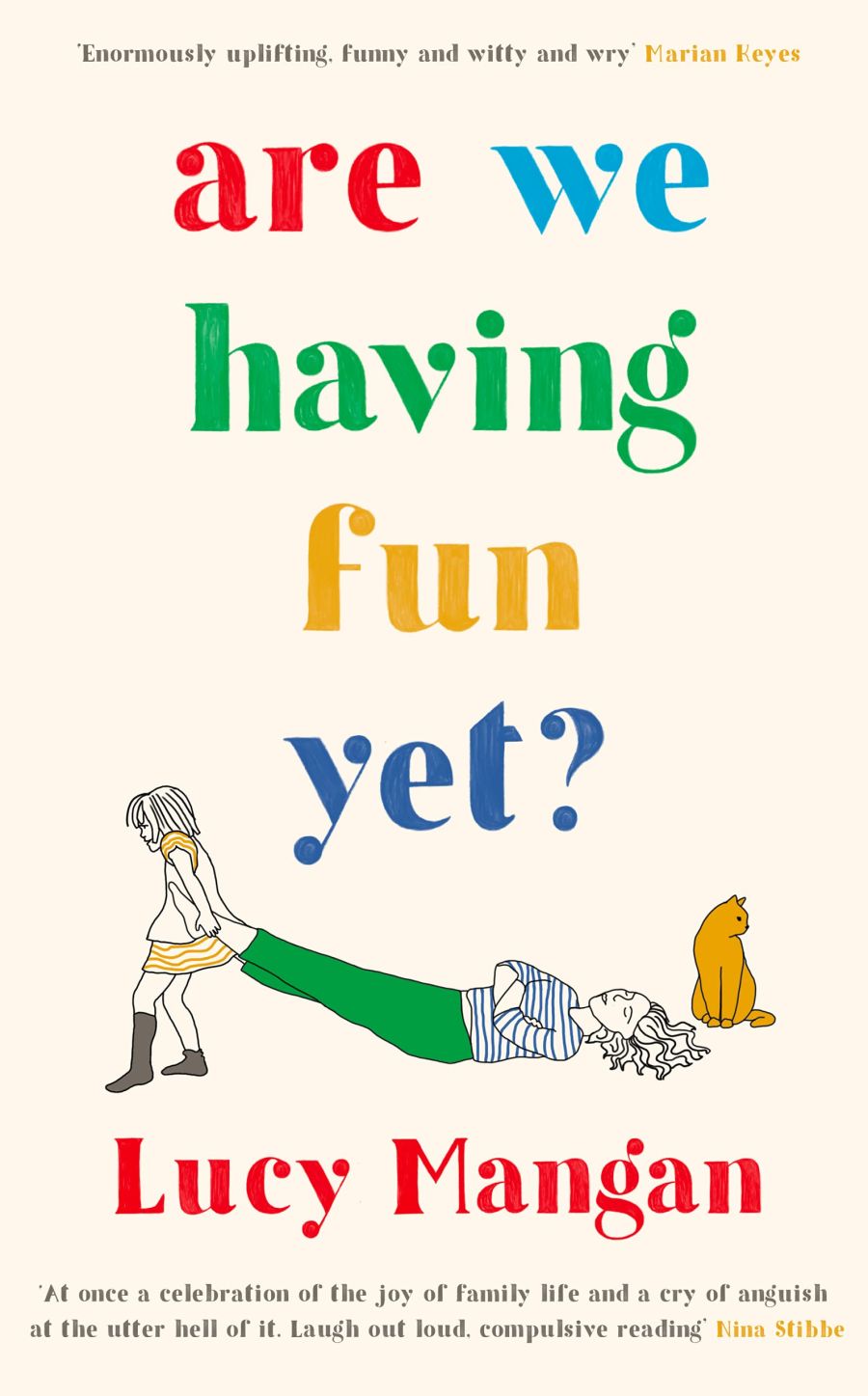 One of the funniest books I have read in years, if not ever. Probably ever. I chose Lucy Mangan’s Are We Having Fun Yet? as a fury listen for while I was painting the loft without the support I had begged for from Ben (extracted it from him since, no need to worry!) and fuck me did it deliver. Written as a year-long diary of mother-of-two Liz, a capable, funny, wise and thoroughly likeable charity employee who charts her year of managing modern life in excoriating detail, showing in the process why women who have it all still have to do it all.

Her pleasant husband “incapable of an unexpressed through” is a barrister who prepares for the first morning of a new school term with a leisurely shower while Liz races around to do everything necessary to keep the family on track. She has a strong group of smart friends, most of them equally astonished at how they came to inhabit the domestic hellscape of balancing proper jobs with school timetables and needy husbands, and equally angry.
So the territory isn’t new, but Mangan doesn’t let a phrase or an image pass by her without rinsing it for more comedy and honesty than most sitcoms encounter in three seasons. As the months go by, we see Liz manage smug neighbours, sinister children, bake sales, British holidays, other people’s childcare arrangements and a new boss who doesn’t get the juggle.
I often wonder why I am so angry and if I should be. Is it permissable, if I can’t even say what it is I’m angry about. In this book Mangan TOTALLY validates my steaming hot fury and lets me know that I’m not alone in having a husband who does plenty but still remains blissfully unaware and uncaring about 99% PERCENT of the load I/we carry ALL OF THE FUCKING TIME.
Thank you, Lucy Mangan. I mean, really THANK YOU THANK YOU SO MUCH WITHOUT YOU MY LOFT MAY NEVER HAVE BEEN PAINTED. And thank you for the brilliant reading - I listened on Audible and went straight in for a second listen and am sending it to everyone as soon as it’s out in paperback (Profile, £8.99, 27 June)