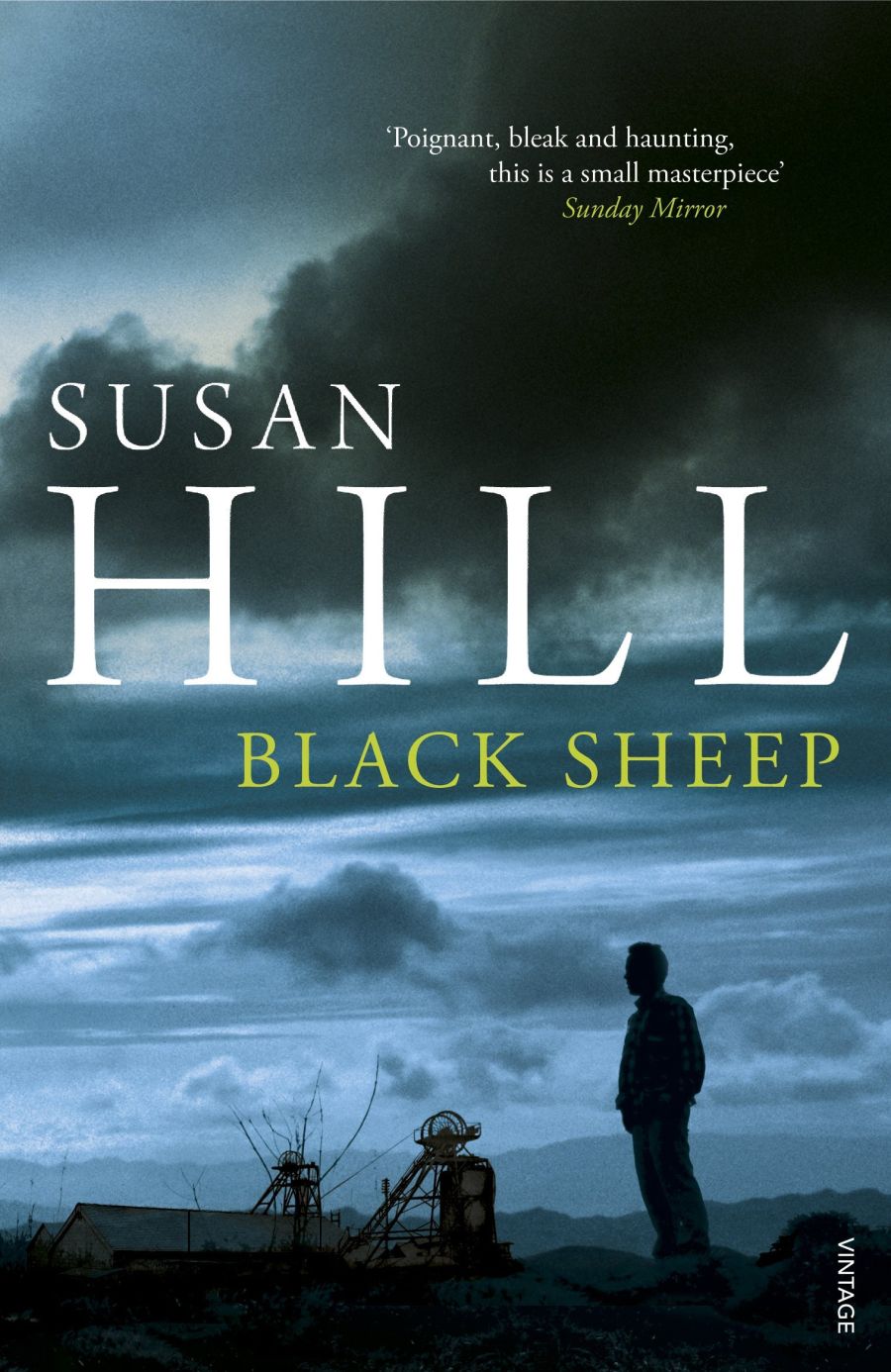 I know of people’s love for Susan Hill, and the acclaim for her writing, especially The Woman in Black, but reading Black Sheep this year was the result of a few happy accidents. First my occasional speedy scan of the library shelves. It’s at the end of my road and you can order books, but usually they’ll arrive seventeen weeks later, whereas looking at what’s in throws up some ideas I wouldn’t have come up with myself, and suggests writers that have always been on my list, but are now hidden under many years of newer must-reads. A few weeks’ ago I was also desperately (this is a valid use of an adverb; I was desperate) searching for short books, so that I could get back on track with my self-imposed and futile reading schedule.

All this brought Black Sheep to me. I was expecting a crime, mystery or ghost story, but Hill’s bleak, on-the-nose tale of the experiences of a post-war mining family is as unreal as anything with spooks.

Evie Howker cares for four sons, a daughter, her husband and her father-in-law in the pit village called Mount of Zeal, whose upper terrace is known as Paradise. The younger two, Rose and Ted, have ideas past the pits where their elder siblings already work, and have to choose between loyalty to themselves and their families.

Mount of Zeal is awful. Think of the Colonies in The Handmaid’s Tale. The women work as hard as the men, though above ground, and yet nowhere and nothing is free of the layers of soot from the mine. My grandma and her family were in the mills, which compared to Hill’s creation of this pit community seem almost a free pass, which they of course were not.

Hill’s close and small tale of their lives and aspirations, where fate rules all and the son of a pit manager is considered the uttermost royalty of society is honest and terrifying. I found it more brutal because so many of us would have been living in these situations a century ago. I am so happy that central heating is part of my life. While we feel, for good reason, that we’re facing great hardship in the coming decades, whenever I’m feeling a bit blue I can remind myself I wasn’t born in the Mount of Zeal, and I’ve a long way to go before I get there.

Buy Black Sheep (Vintage, £7.99) and join your local library it’s amazing what you’ll find in there