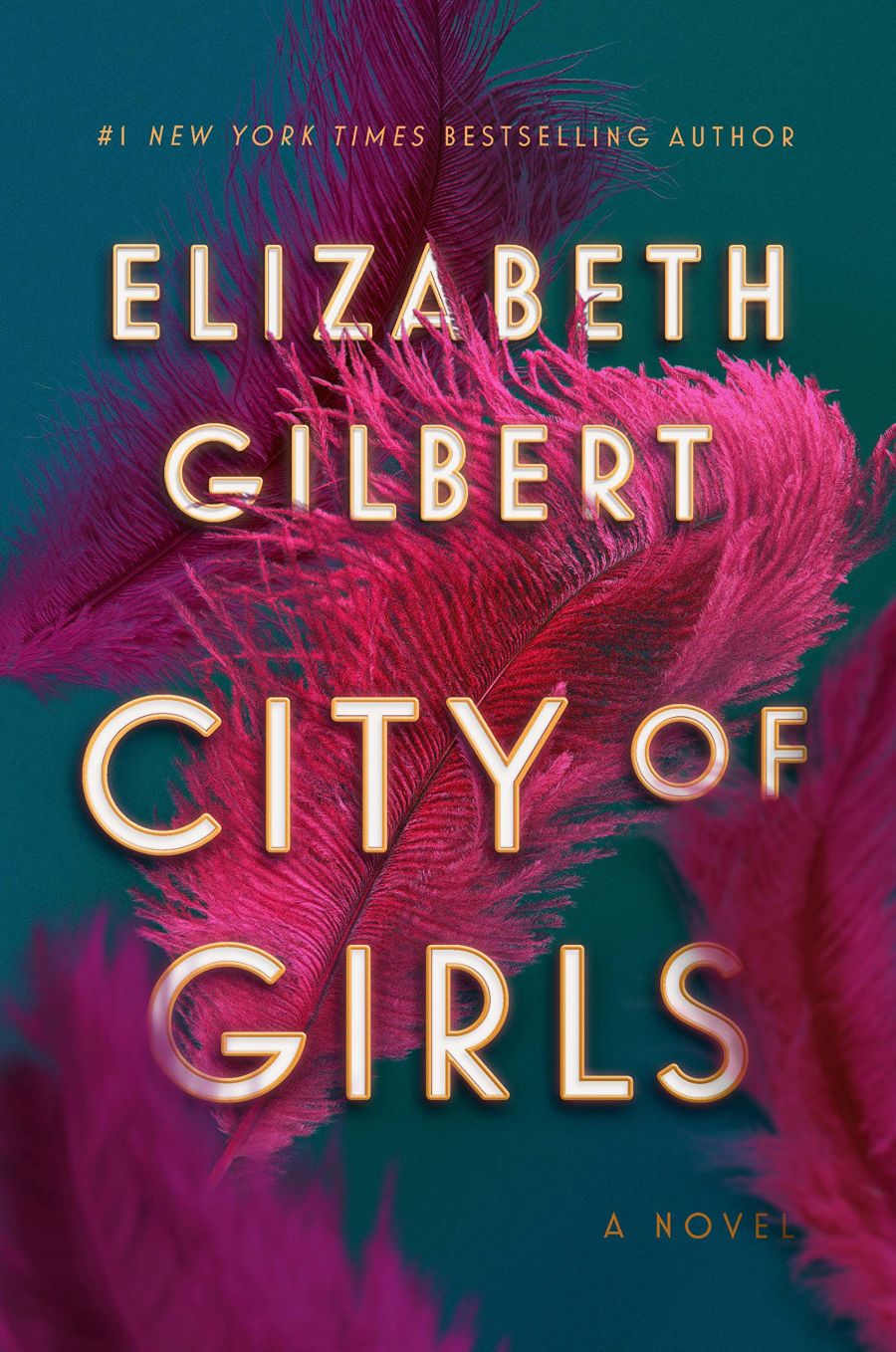 To say I was excited about the publication of City of Girls is a gross misrepresentation of the sort of fan girly esteem in which I hold Elizabeth Gilbert, a writer with the rare ability to co-exist in high- and lowbrow worlds, honest memoir and carefully researched historical fiction, areas of spirituality, sin and extreme silliness. She is of course the Liz Gilbert who wrote Eat, Pray, Love and after that Committed, even though she left that husband for her best friend who had terminal cancer and died not long ago. And the same Liz Gilbert who wrote the dazzling The Signature of All Things, one of my favourite reads in years, a 2013 novel that tells the story of Alma Whittaker, an educated woman in the 1800s, discovering the New World along with her botanist father who makes a fortune by finding exotic plants and shipping them around the world. Alma also discovers her own sexuality, but struggles to work out how to express it in the world she has been born into.

City of Girls is a wise and wise-cracking exploration of female desire, too, this time in the world of showbusiness and showgirls in the New York City of the 1940s. Vivian Morris didn’t suit Vassar, and was ‘excused’. Despite her conservative upbringing and waspy naivety, she then finds herself, at 19, working at her Aunt Peg’s charming but disreputable theatre in Manhattan. It is here she makes the mistake which will colour the rest of her life, but before that she gets to enjoy a life any young woman might dream of, with her stunning showgirl sidekicks, endless clubs, parties, bars and cocktails – a life that seems wholly permissive until she butts heads with it.

The book jacket tells us: “Vivian sees that to live the life she wants, she must live many lives, ceaselessly and ingeniously making them new. ‘At some point in a woman’s life, she just gets tired of being ashamed all the time. After that, she is free to become whoever she truly is,’ she confides. And so Vivian sets forth her story, and that of the women around her – women who have lived as they truly are, out of step with a century that could never quite keep up with them.”

It is thrilling to think there were women living like this in the 1940s. Vivian and Celia lived as I did with my girlfriends at uni, out every night, sleeping in until noon, no text messages or social media to pore over and analyse, but just as much to gossip about. However my friends and I were not having the sort of sex Vivian and Celia have. That was pretty daft of us. None of us understood the sort of freedoms we enjoyed. Most of the showgirls didn’t have the privileged background Vivian did to fall back on. Still, she had to abandon that background to find her own family, and she endures plenty for her troubles.

The first part of City of Girls tells us how Vivian made her great mistake, the second part how she ended up coming to terms with it. The whole story takes the form of a letter to a woman called Angela. We understand that Vivian is now very old, it is 2010, and we understand that she had a significant relationship with Angela’s father, but we will have to wait until the very end to find out what that relationship is.

Here is more from Liz’s instagram account on how she wrote the book, and an old interview I did with her from The Independent.

Today I was looking through an old journal, and I stumbled upon this page. It’s from January 17, 2018—thirteen days after Rayya died. I have no recollection of writing this. My handwriting is terrible, but it says: “CITY OF GIRLS is to be your medicine—frothy, easy, frivolous + a gift. We will make this one as easy as possible, but only if you agree to do the same.” And then, along the inside margin of the same page, I’d written: “I AGREE.” Understand: At that point, I’d not started writing the novel yet. Not one word of it had been written. I’d been doing research on the book for many years before Rayya got sick, but the day she was diagnosed was the last time I’d given any thought to CITY OF GIRLS. (Who cares about a frothy story of showgirls and playboys when the love of your life is dying?) For 18 months, all I had done was take care of Rayya, and try to be with her as much as possible. But here I was, only 13 days after she died, scrawling down this message to myself from…who? Who is talking to me on this page? Who is telling me where my medicine will be found? Who are the “we” who are promising to make it “as easy as possible” for me to write this book—if I agree? And why don’t I remember this moment? (I know I was in a haze of exhaustion and grief, but still…I have zero recollection.) But look how firmly I had scrawled: I AGREE. That’s what matters. Not two weeks after I’d lost the most important person in my life, I was AGREEING. I was agreeing to get back to my work. I was agreeing not only to write a frivolous novel, but to write it EASILY. (?!!) It makes no sense. But I held to that agreement. When people have asked me lately, “How could you write that book so soon after Rayya died?” I’ve said, “I don’t know. Something told me to do it.” But I didn’t remember this instruction coming in. I must’ve trusted it, though. Because when it comes to creativity, I always trust. I don’t trust anything in this world as strongly as I trust my creative impulses and commands. I follow orders from sources I cannot see and do not understand. I have no idea where it comes from. But I always do as I’m told, and it always heals me. Thank god. #medicine