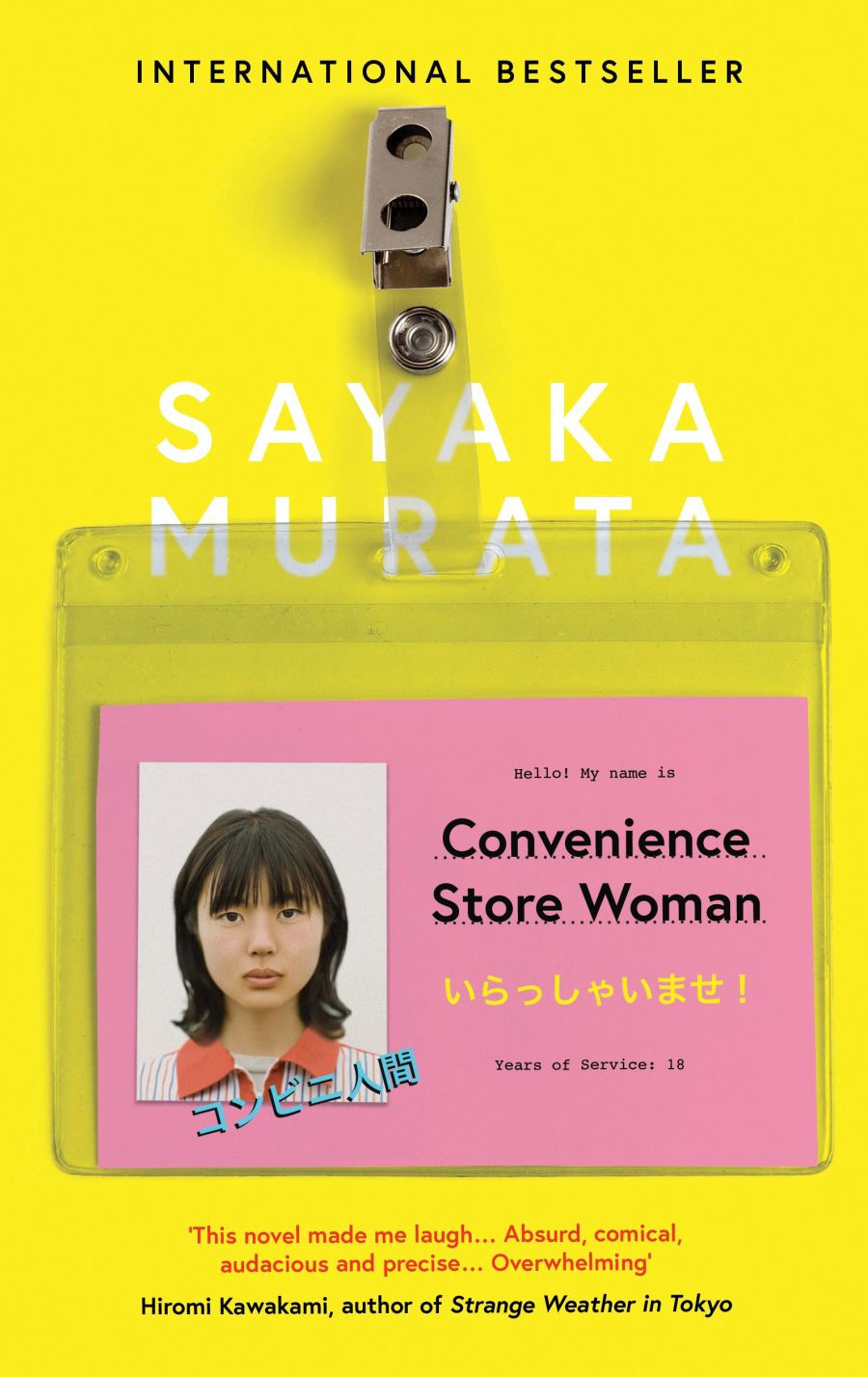 This is a story about normality and abnormality, about societal expectations, what is deemed acceptable or unacceptable, and by who, and how two people react when they fall outside of these many boundaries civilisation has set for them.

Keiko has always been odd. At school she got in trouble a few times for lashing out, even though she considered her reactions entirely appropriate. She did however learn from the experiences; she learned that she didn’t understand human behaviour and what was expected of her, so she would try and keep quiet and observe others from then on, in the hope of not getting things wrong again.

She ends up working in a convenience store from the day the store opens, when she is in her late teens, until twenty years later when the story is set. She succeeds in life by aligning herself with the store’s needs over her own, managing to ‘fit in’, even though her colleagues still think her an oddball, as do her friends and sister, even though they put up with her. When she discovers a new employee who feels similarly excluded, the pair team up to confront their situation in a very surprising way.

The result is strange, funny and sad, but reading this Japanese story in translation in the UK exerts a particular power because the norms it critiques aren’t really norms here. I can recognise them, as relics of a different world, or versions of what people here put up with, but this added layer of separation makes the requirements that humans put upon other humans to make coexisting possible even more bonkers. In the world presented by Murata, all young Japanese are all expected to marry, and this expectation is so extreme that young people seek partners just to fit in. When I was setting the novel I’m working on, which takes inspiration from The Taming of the Shrew, but is set in modern day Britain, few of my early readers thought it believable that two sisters here would get married because their father asked it. I knew there were plenty of cultures where this remained the norm, but didn’t want to set my story in a culture I wasn’t familiar with. However there is so much to explore within this theme that I wish Convenience Store Woman would go further. What would really happen when our characters act out? Can someone ever be tamed, as Keiko hopes the convenience store will tame her unusual ways? Are individuals ever mad, or only the demands made of them? Keiko is though an engaging character, and Murata slips inside her thought pattern in a beguiling way, such that a reader is gripped by the bright lights, frequent announcements and plentiful rice balls of the convenience store too.