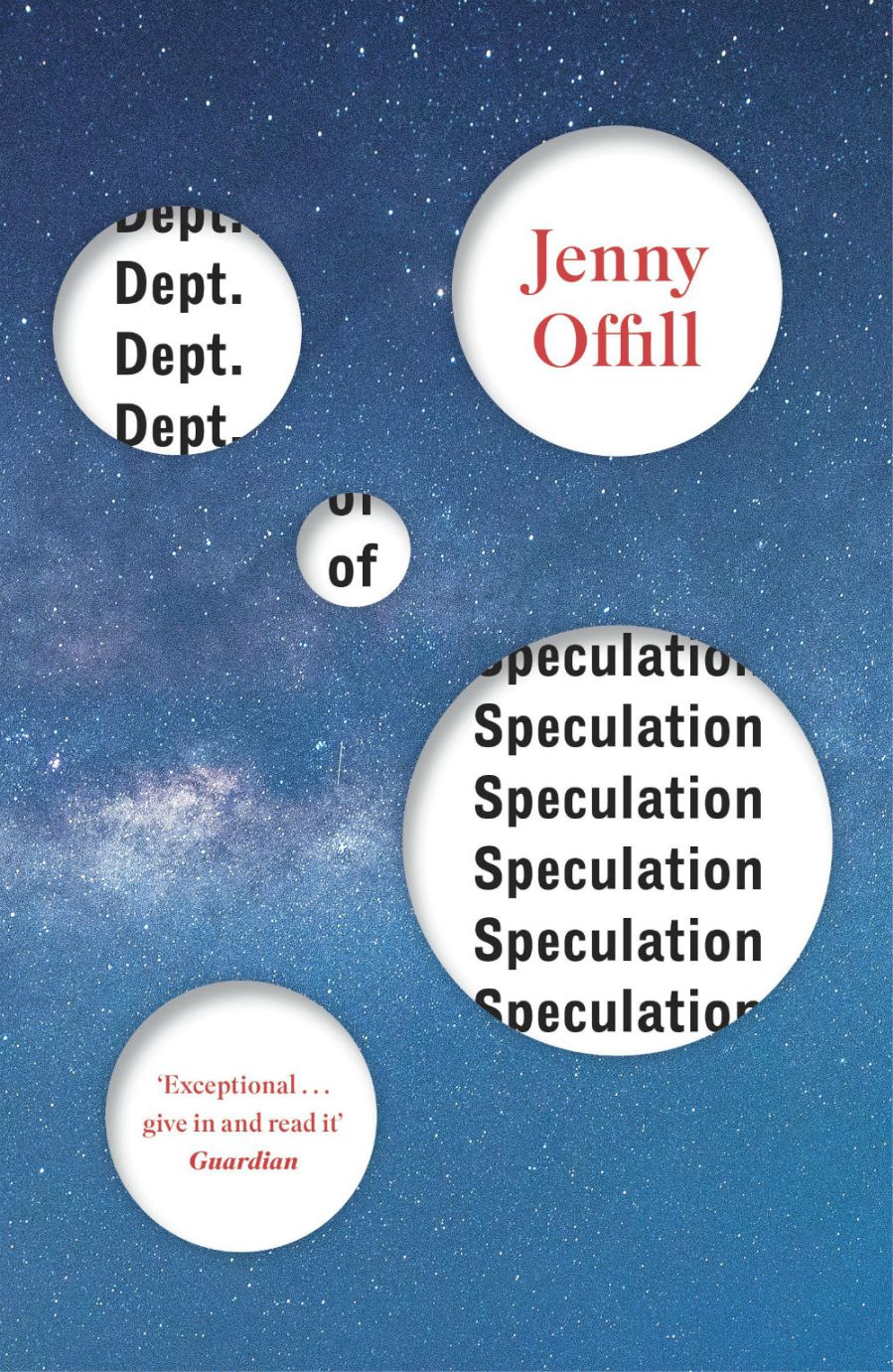 I suspect that Dept. of Speculation is one of the saddest books you’ll read about relationships whether you’re in one, want one, are leaving one or have escaped a bad one.

I’ve seen it raved about in various articles I’ve read this year; it’s cropped up time and again in lists by people I respect and yet these lists of things have started to wrongfoot me, or they’re wrongfooting me more than usual because I’m reading more than usual – which is a shame as I used to compile such things myself, and greatly enjoy doing it. Yet they’re like any review – however well the thing itself is described, if the writer loved it it’s going to seem lovable to any reader. Unless the reader is oddly restrictive, and never reads books with, say, cats in them, or things written by men.

Offill’s book is about the end of a relationship in which the couple have been together for a very long time and have a child. What she has achieved with its structure is something most writers dream of: a coherent story within a montage of seemingly disconnected passages. They are connected of course, linked by the grammar we understand lives and relationships by, but there is so little to foreground us in the what and the where and the when, we simply dive straight into this struggling scenario and immediately recognise ourselves and others.

A few bits made me laugh out loud, so I’ll share them:

“You still have it all ahead of you. My sister and I both have genius IQs. I went to Cornell. Do you know what that is?”

The clerk smiled but shook his head no.

“It’s an Ivy League school. But it doesn’t matter. It all comes to nothing in the end.”


Do not jump off a wall. Do not run in the street. Do not strike your head with a stone just to see what this will do.

Of course it is difficult. You are creating a creature with a soul, my friend says.


How has she become one of those people who wears yoga pants all day? She used to make fun of those people. With their happiness maps and their gratitude journals and their bags made out of recycled tire treads. But now it seems possible that the truth about getting older is that there are fewer and fewer things to make fun of until finally there is nothing you are sure you will never be.

I read Dept. of Speculation on my Kindle