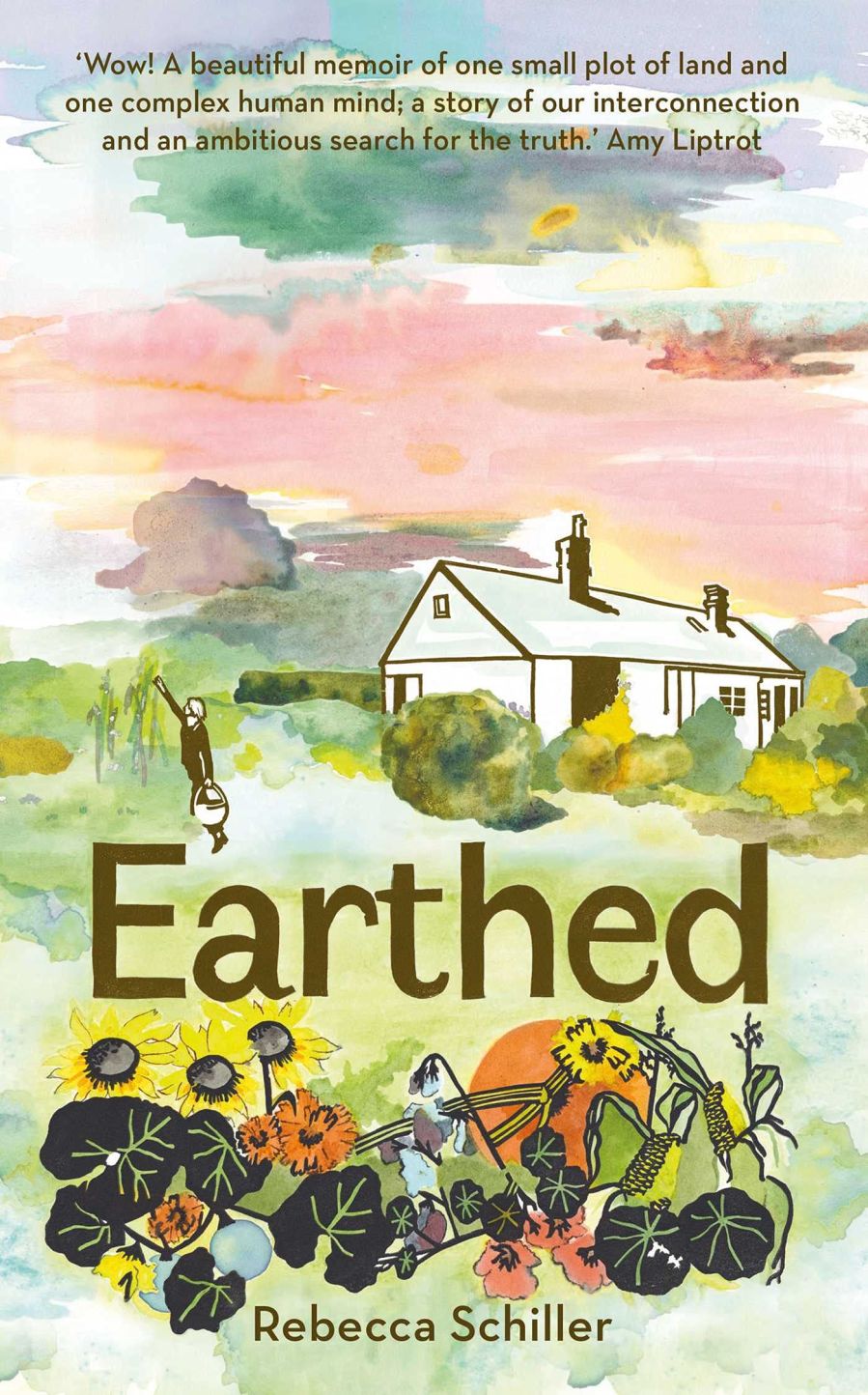 I very often read hyped books that don’t deliver but Earthed was the opposite. On the outside, it’s a memoir about Rebecca Schiller’s desire to get back to the land, a symptom of her deep internal unease which starts with depression and anxiety and ends with an ADHD diagnosis and a better understanding of what makes her twist and turn in the circles which have made her life passionate and exciting and professionally successful but also intensely stressful and uncertain.

When I say, ‘back to the land’, I don’t mean that Rebecca was a farmer or a peasant or grew up surrounded by horses or crops. She runs the campaigning organisation Birth Rights. After meeting and marrying her husband Jared in her early twenties, they have two children and move from London to Ramsgate before finding their patch, a smallholding in a rural Kent village. Here Rebecca expects to soothe the splinters that needle her brain with seeds and ducklings and baby goats, when in fact her symptoms really get a chance to take root.
Shamefully, I hadn’t finished this book when I went to a writing workshop at Rebecca’s home recently. The day was a gift to myself, for finishing my second novel and finding the strength and enthusiasm to poke about in something new while I was querying. The idea was to look at structure and early on we talked about Sally Rooney’s latest, Beautiful World, Where Are You, and I said how the email part of its structure had annoyed me, that while I got the point of them and didn’t hate-hate them, I didn’t like them either and wished they were shorter. I said that with age I had become less keen on clever structure, on cleverness in general, on experimental fiction, modernity overall. For chrissakes everyone get over yourselves. We’re not undergrads. You’re not David Foster Wallace. Gimme a freakin’ story already.
In the days after the course I got round to finishing Rebecca’s excellent and beautiful book, and find it to be structurally adventurous but in a way that brings great delight because it is entirely in keeping with the story. There are mixed timelines, imagined historical characters, the story of Rebecca’s of own inner turmoil and outer toil, of the lives of the women who worked her smallholding before her, the echoes of all the women who have worked land, who have lived land.
Christ, did I feel stupid for saying I was past this sort of a narrative. I lapped it up like yoghurt swaddled in honey with a kick of something illicit. And the book was the nightcap to her workshop, which reminded us that structure and story support each other, that we can allow the plot to fall in step with both. The right structure will deliver the truth of our stories.
In early 2022, Rebecca launched the brilliant writing community Mothers Who Write, which is how I came to attend her structure workshop. Everyone is welcome if you’re looking for a writing community.

Hard recommend for Earthed, now out in paperback. She’s written what she says i quite a different version for the US market, called A Thousand Ways to Pay Attention.