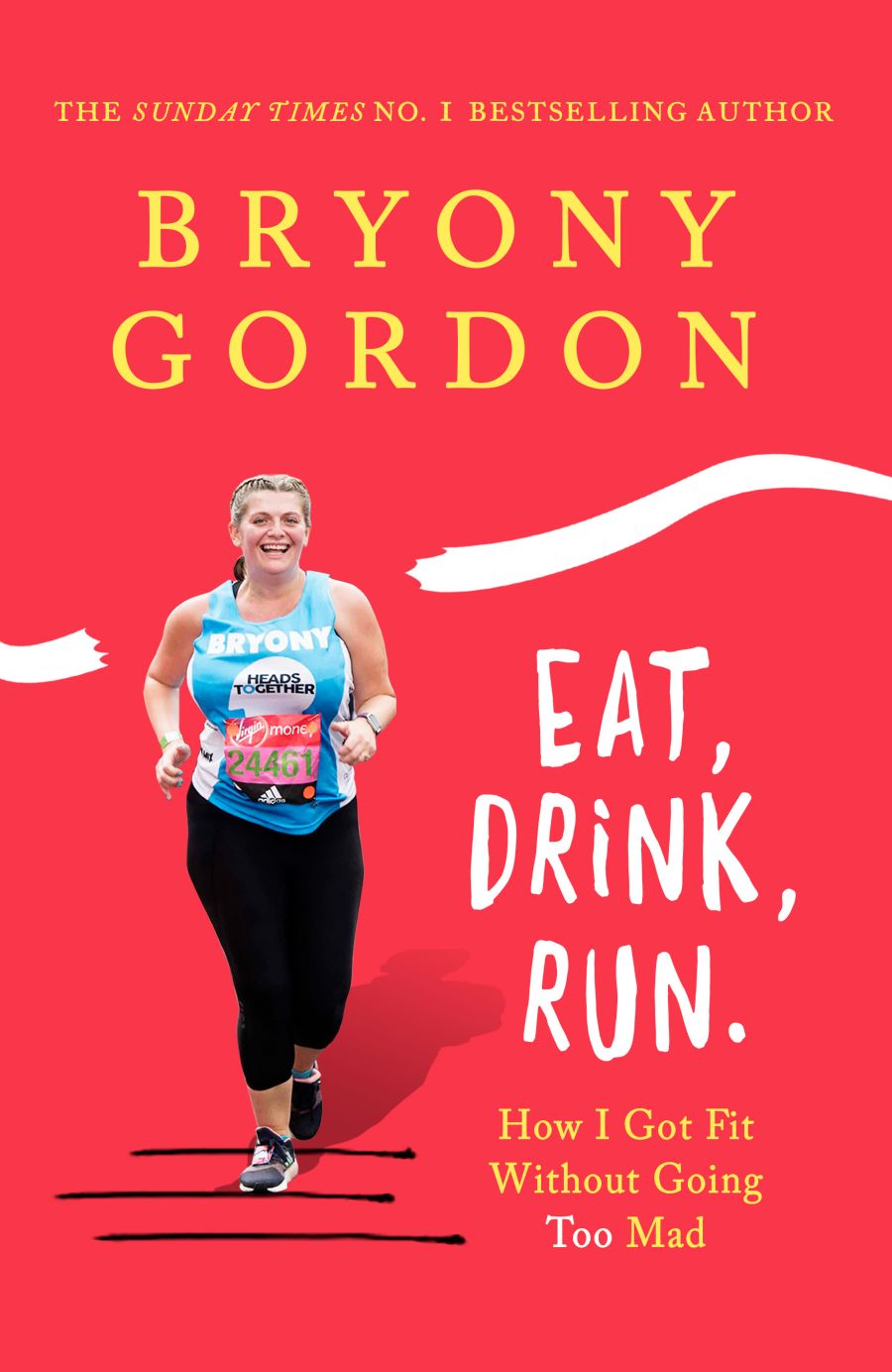 There’s a slew of books around at the moment from women who have found salvation – salvation from madness, from addiction, from grief and from anxiety – in some new type of obsession, generally a healthy one. For journalist Bryony Gordon, a very talented and likeable Telegraph writer who chronicled the piss ups and breakdowns of her 20s and 30s in a column and previous book The Wrong Knickers, that salvation is running.

Very often, she tells us, she has no idea how she’s come to be so successful. And yet, she is. She’s one of the Telegraph’s star writers, in a time when writers are treated like tinkers, and has also become a mental health campaigner owing to her honesty on social media and initiatives like Mental Health Mates. She’s even the royal family’s favourite interviewer, and Harry opened up to her about his own struggles with mental health.

Eat, Drink, Run is in a part a humorous and self-deprecating romp through how on earth she has managed all this, plus a husband and baby, while being completely useless. But it’s also an account of her really full on depression, and how she trains for and runs the London Marathon and manages to quit drinking along the way.

Running becomes a ritual she can rely on when everything else is falling apart. She didn’t start running to quit booze, but it teaches her about her relationship with it, and the damage it is causing. Today, a few years later, she is still alcohol-free.

This is a great read, and no doubt will provide comfort to many. When I read books like this I can’t help thinking, “Well if you were really such a crap human being, you wouldn’t have turned this book out now would you?” I guess this myth is part of what Gordon is trying to dispel – you can be imperfect but still really amazing at various things, and in various ways, and if you’ve managed to run a marathon despite all the onlookers jeering at you in the street, next time why not do it in your bra and pants?