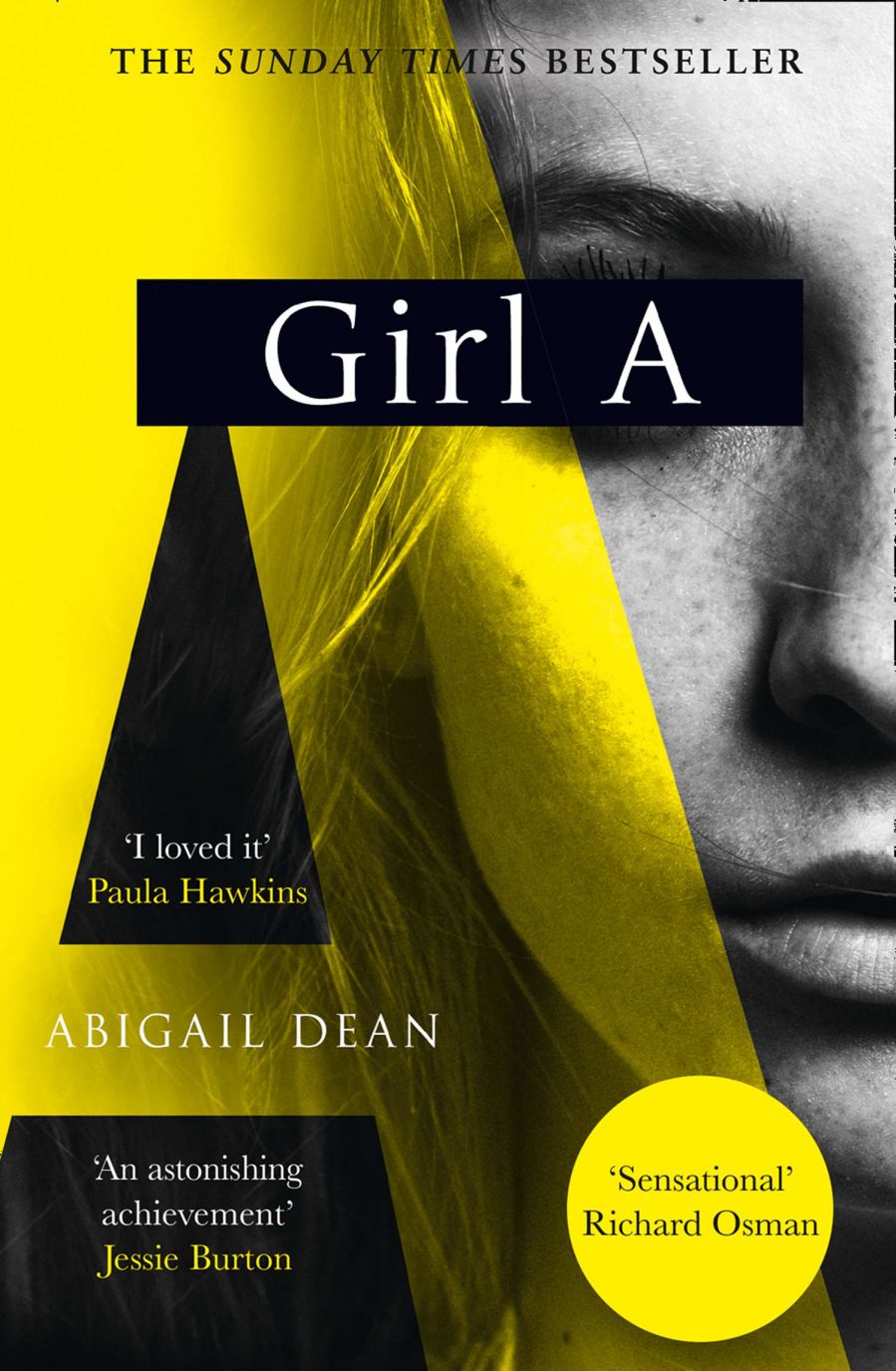 I read Girl A for a few reasons. First of all I was made aware that the author Abigail Dean had gone to my school and grown up in the next village but is much, much younger than I am. She is also incredibly successful and has a proper, high-earning job, but wrote this bestseller in just three months whereas it has taken me three years to produce a book. Even Percy has a quicker output with the books she is making at school and regularly bringing home for my approval.

I was given a copy, and everyone else was reading it. Not everyone, but it made its way into that thriller crossover territory in which books are described as clever or smart or intellectual thrillers, as if most thrillers aren’t. Most of the few I have read are very smart, they need to be to carry their grisly psychodramas. But I have trouble relating. I think people turn to certain genres such as thrillers for escapism. I turn to books, typically, to get in deep and to reflect and to look at things differently. Escapism is a bonus which comes rarely now I read in ten-minute snatches of time. But Girl A did bring some escapism, some nostalgia, set as it is in a somewhat grim Peak District village. I was transported to the low hills and rolling moors of my childhood, though thankfully nothing else in my history is comparable to Dean’s miserable story of a family subjected to terrible abuse by their parents and what happens when they escape.

I felt stifled creatively at school and it is wonderful to see this talent coming from there, and Mr Howson our fantastic head of English in the credits. I wonder if he is still eating sacks of satsumas in the belief the vitamin C will offset the effects of smoking. Is he vaping? I listened to a podcast in which Dean was talking about becoming a lawyer as a what-else-do-you-do? if smart and not a scientist and have gone to a good school and I feel that I had such a lucky escape on that score. No earnings or pension to talk of, but a lucky escape nonetheless.

If you buy Girl A (HarperCollins, £13.94) from Bookshop.org you’re also supporting independent bookshops