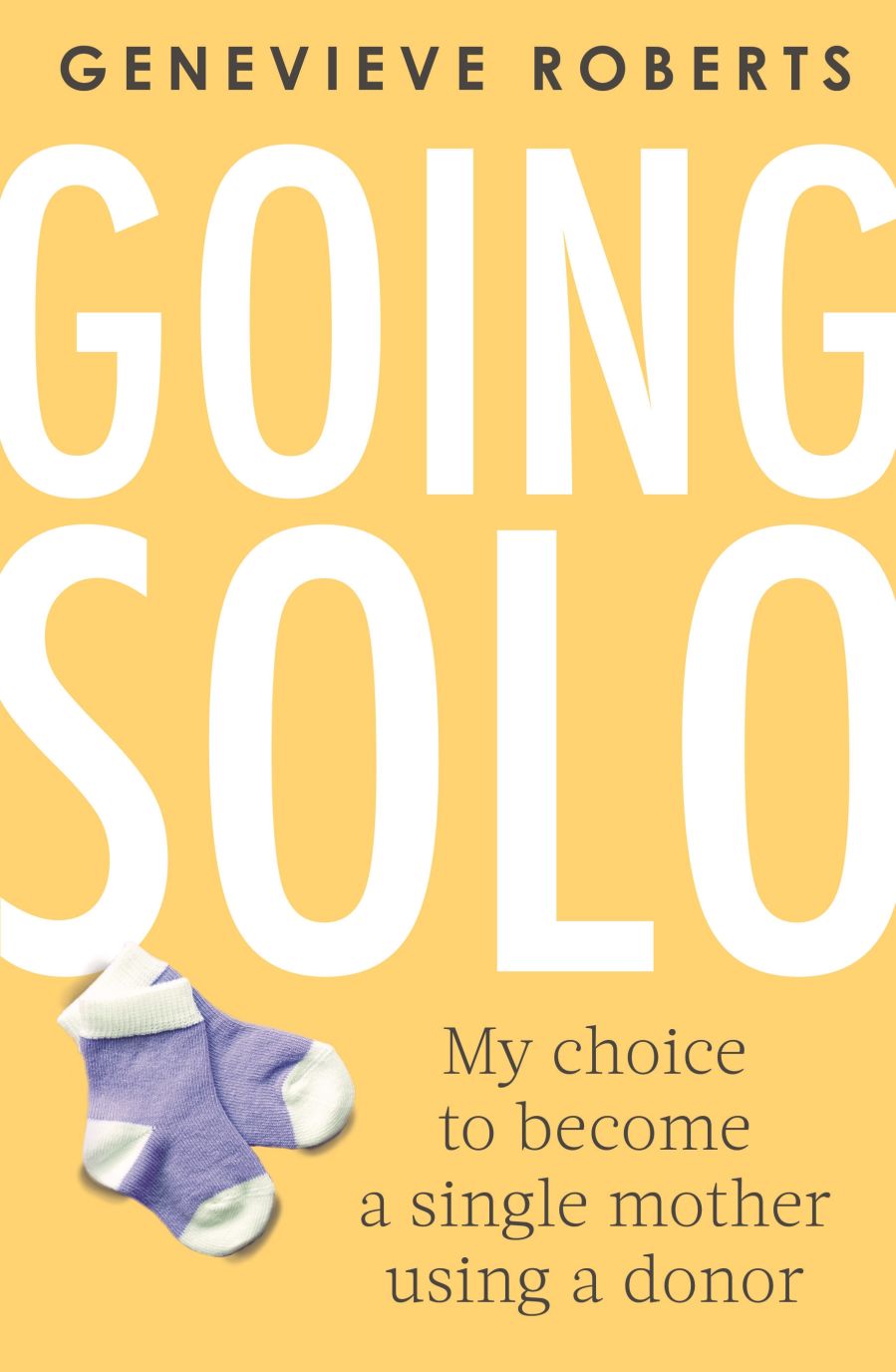 Genevieve is a friend and former colleague from The Independent who is probably the woman who most astounds me as a mother, so sure was she that she wanted to become one, and so certain since having beautiful Astrid two years ago that she had made the right decision and would enjoy every moment of it, as far as possible. She makes parenting looks easy, but she hasn’t had an easy ride.

She had her second child Xavi a few weeks ago and at the same time was launching Going Solo, her memoir about choosing to have children on her own, using donor sperm. As you’ll discover if you read the book, Genevieve found herself single in her mid thirties, with a warning about her fertility levels. She decided to take control of a situation she could – trying to conceive – instead of fighting a situation she couldn’t – meeting the right guy at the right time.

You might have read about her book in the paper as it got so much attention, and apart from one weird shouty Daily Mail journalist who believes all children should be given two parents, the interest was positive. I believe this shows a welcome shift in the way women’s control over their bodies and their destinies is perceived in the UK, whatever else is happening around the world. I fucking hope so.

Genevieve is one of a generous handful of my friends who have taken this route recently. The number of solo parents seems to be growing, but I’m in the age range where women are making these decisions so my hunch comes from skewed data. Going Solo traces Gen’s emotional story, framing it within the practical and physical aspects of choosing to have a baby on your own. While it has an obvious target readership and I wouldn’t have picked it up if it hadn’t been written by a friend, I think it serves, for all parents, as a barometer of how lucky we are to get this chance, and how the stakes can so often be stacked against us. We should try to hold the good stuff as close as we can at all times (even when covered in poo or sick or being yelled at or pinched or punched or kept awake through the night). It is also important reading for anyone not going down this route as a reminder that families are different and are created differently, and it’s wrong to assume a norm and peg your views to this assumption.

You can buy this most excellent book on Hive for £10.39 (Piatkus)