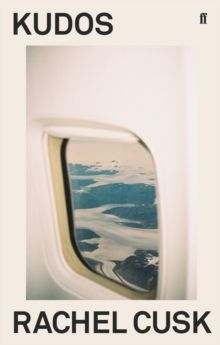 I don’t feel worthy of reading Kudos, much less of sitting here writing about it.

For such an apparently quick read it has taken me a long time to get through it, because of the denseness of its sentences. In this final chapter of the trilogy which also includes Outline (2014) and Transit (2016), Faye, the writer whose life we’ve been following, heads to a literary festival in an unnamed city (though events reveal it to be Lisbon). Cusk transcribes for us the conversations Faye has with the many people she meets there: other writers, the festival organisers, her publisher, journalists, publicists.

We learn about Faye through what she tells us about her interlocutors. In a way we learn everything and not all that much about her. The mood feels more like Outline in which she was also travelling, adrift, unsure, but watchful, acute, brave, whereas we got closer to her in Transit. We do know she is a writer of some repute, but not rich or famous. She has a son who has gone to live with his father. The literary circuit within which she is trapped, in particular this festival with its purgatorial hotel and schedule, is a self-serving hamster wheel. And yet…

Faye has to promote her book. More than that, she has to travel and to leave her children behind to become who she is. The ending is one of the most brilliant I’ve read in a while, unexpected and perfect. The book jacket calls it ‘beautiful’, which surprises me. I’d love to ask Cusk what’s meant by that and if she agrees with the description.

I want to buy all three books for my sister, but if she dislikes them that will spoil it for me so perhaps I won’t. You can buy it for £6.79 from Hive. It’s published by Faber & Faber.