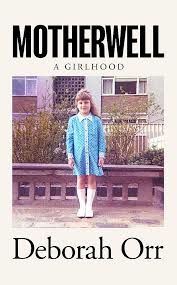 Motherwell wasn’t what I expected. When Deborah Orr died in October 2019 when her memoir of growing up in Glasgow’s Motherwell district with a proud and narcissistic mother was finished but unpublished, word got out that her book was a triumph. I wasn’t lucky enough to receive a review copy, but followed the praise and waited politely until January.

I’d been a fan of Orr since discovering her writing for The Independent when I was a student. She articulated ideas I felt but couldn’t think through or write, and wrote about things I saw but was too shy to say. When I got to The Independent in the early 2000s, I was too in awe of her to ever say anything to her. When I left, in 2009, she sent me an incredibly kind email out of the blue, offering luck and any help she could offer. Since then I’ve heard that she was esteemed as a generous and thoughtful colleague and friend, as well as for the fiery, feisty, firebrand reputation she was known for.

As such, I expected Motherwell to be a heart-wrenching romp through her working class upbringing in cold 1960s Glasgow with a cruel mother and huge ambition. Instead Deborah’s account of her life is a calm, forensically detailed appraisal of how her parents ended up where they did before bringing her and her brother into the world, and how the consequences of her possessive and small-minded mother haunted her until her last days. It has to be this way, because there is no bombastic reveal. No physical or sexual abuse (in the home). No long lost children. But Deborah does undergo the ongoing abuse of ‘belonging’ to someone who has a set of ideals she is to fulfil. Something many daughters and sons will recognise. And she was scared of her mother. So scared that once she phoned when she was at university and Deborah was desperate for the loo but couldn’t tell her Mum she was ending the phone call, and instead did a shit in a pan in her bedroom.

I would have loved to have heard her voice – her fury – on the injustice of the response to coronavirus. Sometimes it felt like when you knew something was up, when something smelt a bit fishy but you weren’t quite sure why, Deborah would lay it out for everyone to see. It was a shock to discover she had kept so much of herself wrapped up for so long.

Get started with this extract from The Guardian or buy Motherwell for £12.99 (Orion) from Hive.