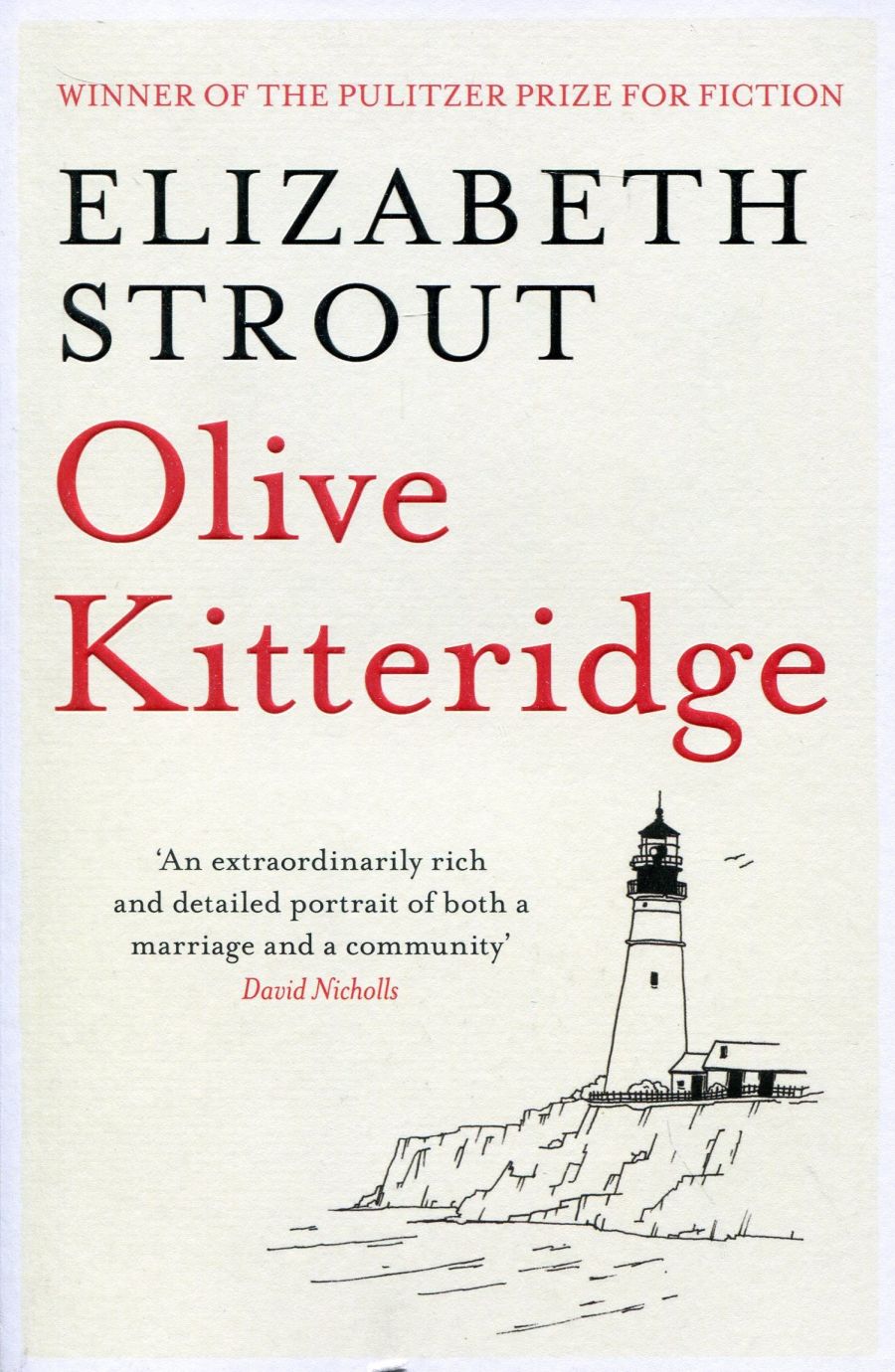 I’d love to hang out with Olive Kitteridge. We’d sit on the porch in our bras, our fat ankles in buckets of iced water, slurping mint juleps and discussing Betty who looks like she’s been at the meth again, and how we’ll organise a boycott of the hardware store for marketing its snow shovels exclusively at men.

But she also terrifies me to a sphincter-clenching degree, because she built a house in her small town of Crosby, Maine, for her only son, and assumed he’d live there, and when he didn’t she waged the most passive aggressive of all wars on his wife, and still he didn’t come back, but his wife left him, though not until Oliver had rifled through her knicker drawer.

Olive is the link through this collection of tales which make the novel a whole, of sorts. Her interactions with her family, neighbours, colleagues and others from Crosby tell the tale of her life and of the town. She was played by Frances McDormand in the HBO series, which I haven’t seen, so I imagine her as the Frances McDormand in Three Billboards. Like that mother, she is full of grief, and full of anger, and capable of many small and large kindnesses. Hers is a style of vigilante freedom so rarely gifted to women in literature – even by women, because this kind of liberty is just so hard for us to conceptualise – but Olive is the real thing, broad, blunt, sexual, in some ways wild.

Olive learns about life and about herself in the way we all must, however much we fight against it: she learns the hard way, through experience, trauma, and regret, and when it is, for the most part, too late to rectify.