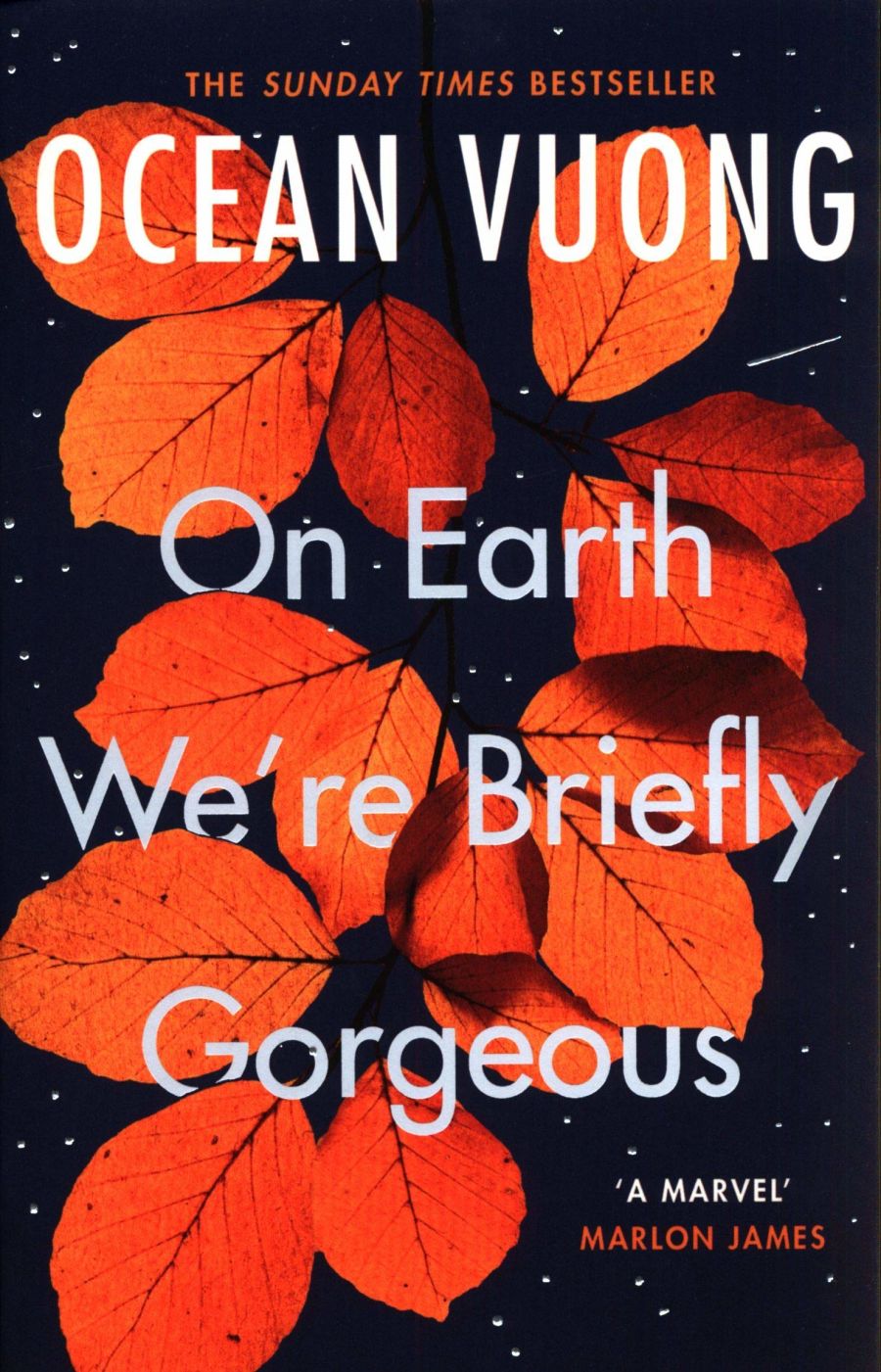 Before buying this I wondered for a moment if I’d be up to it. It has been praised for its powerful poetry - Vuong has previously won many awards for Night Sky with Exit Wounds - and I didn’t know if the language would escape me, if it would be too challenging, rootless perhaps as I sought story. But it turned out I didn’t need to be ‘up to it’ because Vuong has done all the work, he’s done so many possible things with language and narrative to create this debut novel, a fictional memoir with a young male Vietnamese narrator, Little Dog, an immigrant to the US as Vuong was, growing up with his mother and grandmother in Hartford, Connecticut, coming of age and meeting the world and everything it throws at him.

The story straddles Vietnam where his grandmother Lan survived the war and had a relationship with an American soldier, and the life they escaped to in the US, abandoned by their grandfather. The story is written in the form of a letter from Little Dog to his mother, a letter he never expects her to read, explaining everything he knows and understands of her history and of his. This means that the sections looking back at Vietnam and his childhood are filtered through the haze of memory, while the more recent episodes of Little Dog’s life are revelatory - I don’t want to spoil your reading experience so I’ll leave it there.

It is also an examination of art and of writing and of political writing; Vuong is hyper conscious of his role as a queer writer and as a writer othered in so many ways from the dominant white male, and seeks to explore and challenge this at every opportunity.

I will include one of the most beautiful and saddest lines, leaving out the context: “Isn’t that the saddest thing in the world, Ma? A comma forced to be a period?” As if we’re all hoping to be commas, to lead on to the next thing, but too often run into a full stop.

Interview in The Guardian