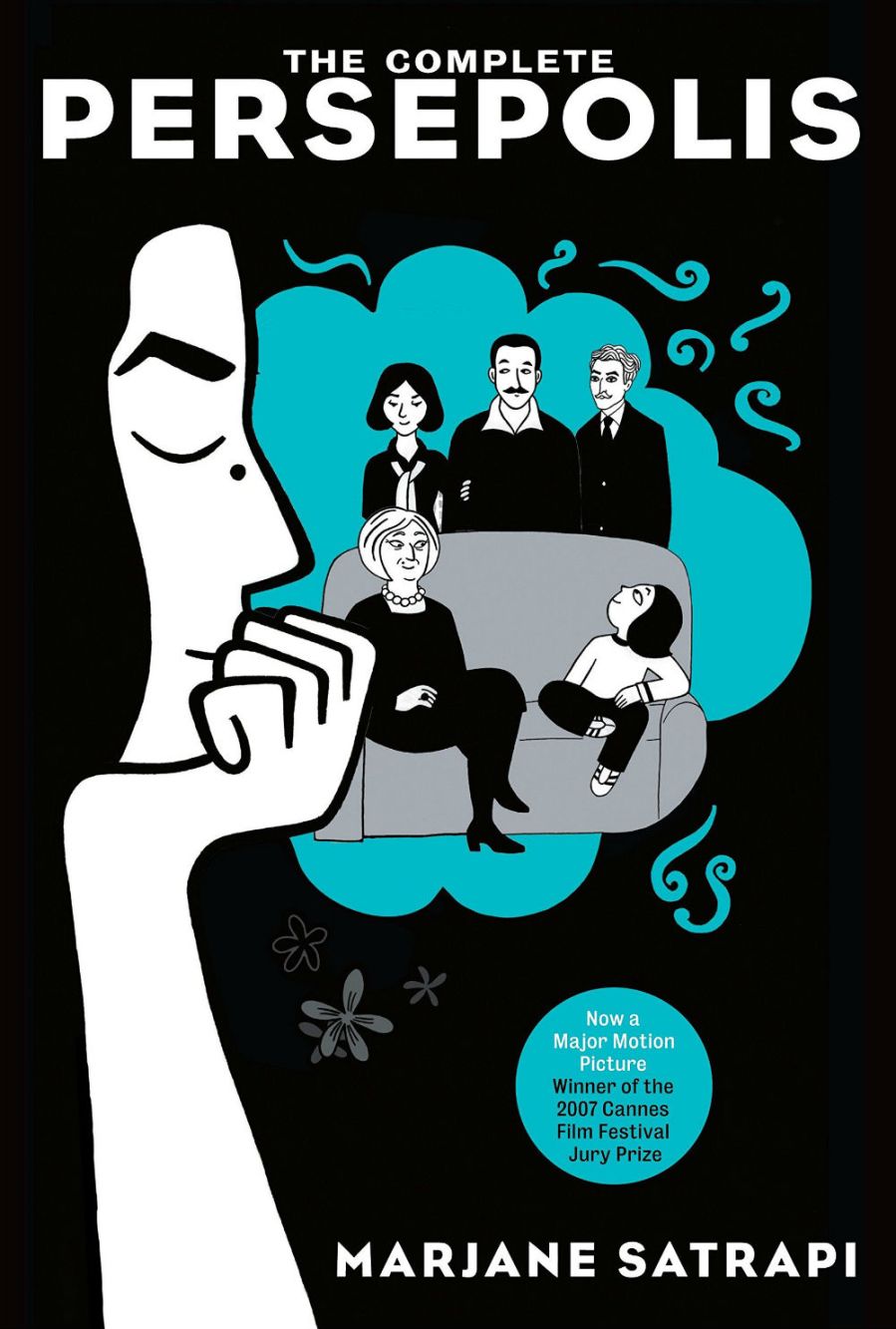 I don’t read many graphic novels because I grew up thinking that comics were silly things for kids and that picture books weren’t real stories, for those you needed words. I don’t even remember how I came to own Persepolis, which is actually two stories in one book, both autobiographical. They tell the story of the author’s upbringing in Iran during the revolution, and how she left Iran for Austria as a teenager, sent away by her parents to escape the war. Finally we read of her return.

Satrapi tells the story of her country with a light touch, despite the horrifying sadness of it. Her family opposed the monarchy of the last Shah, and supported a Marxist revolution, but instead the revolution brought religious fundamentalists to power and her family and friends suffered: their movements were restricted, freedoms curtailed, they were sent to the front, arrested, tortured.

At the age of ten Marjane herself suddenly had to wear a headscarf at school, and whenever she left the house. She had always been rebellious, but the vicious punishments doled out for breaking the codes of moral behaviour on the street, such as buying illicit pop music or meeting boys, didn’t put her off.

She doesn’t thrive after escaping the dangers of Iran. Instead she spends time with a string of poorly-chosen friends and boyfriends, and feels abandoned. No-one understands her; in fact they hardly believe where she’s come from. Yet when she returns to Iran, she feels the same sense of being an outsider. As an adult she moved back to France, where she still lives.

Persepolis is a beautiful and important work of art. If only we could learn about all of history like this.

Read the book then watch the film on Amazon