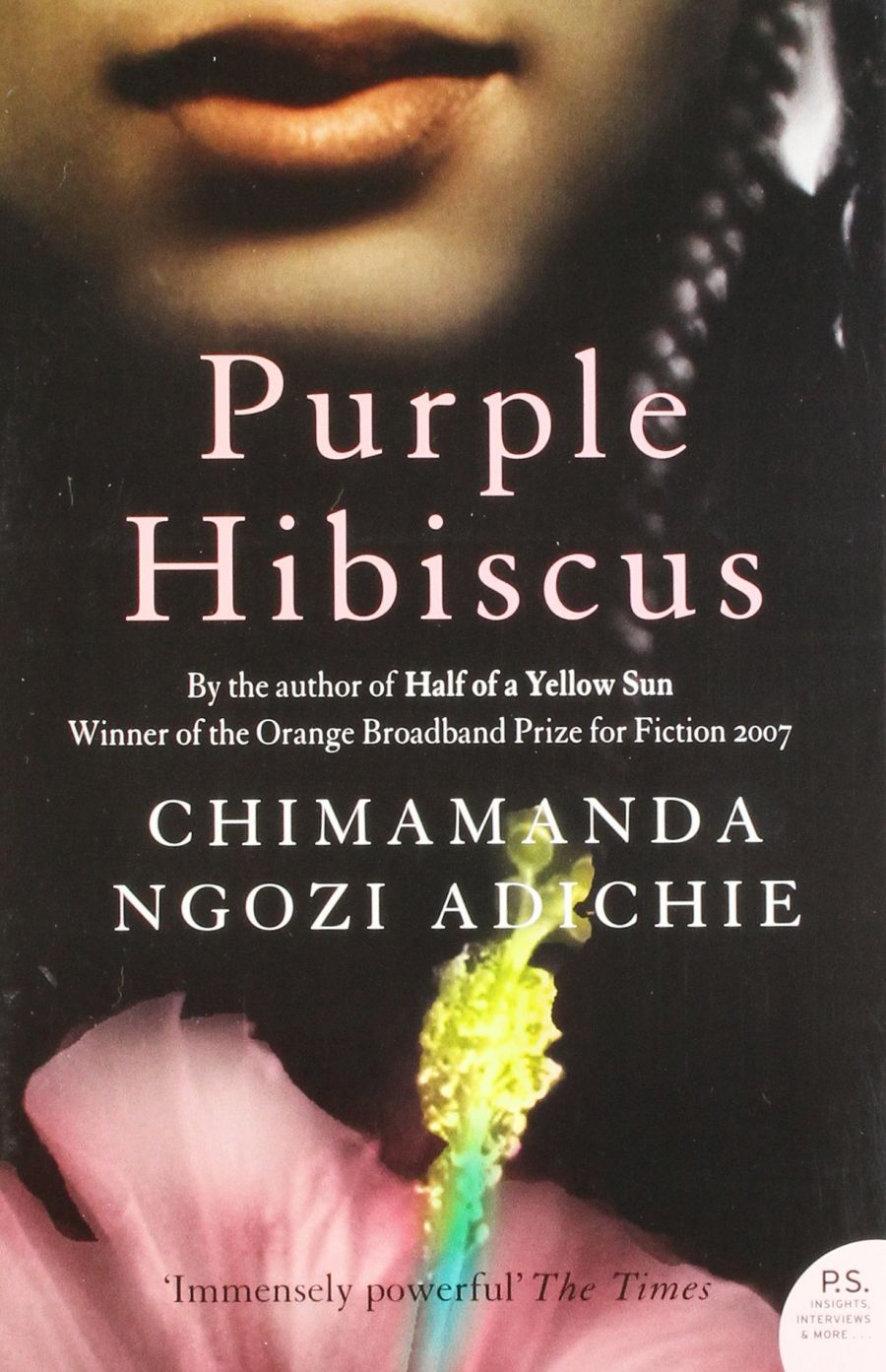 What a beauty. I’m so obviously late to the game with Chimamanda, who published this debut in 2003 (2004 in the UK) when she was in her mid twenties and has since become an internationally acclaimed novelist, public speaker and activist. The novels Half of a Yellow Sun and Americanah followed, as well as the riotously popular We Should All Be Feminists. In 2018 she got the gig interviewing Michelle Obama at some stops along her world tour; when I logged on to buy tickets I was 40,000th in line.

Purple hibiscus is one of the most precious and unusual flowers in Kambili and Jaja’s garden in Nigeria. Kambili is 15. This is a coming of age story as well as a portrait of Nigeria during a military coup and an investigation of the problems inherent in power, wealth, sin and devotion. Their father is a very popular, generous and rich man, but as a strict Catholic he has brought up his children to be perfect models of his beliefs, and when they falter his reactions are violent and terrifying.

The story is immediately one of another world for a British reader: they eat fufu, yam and onugbu leaves, Papa brings home cashew juice from his factory for the family to share. But the first line references Nigeria’s most famous novel, Chinua Achebe’s Things Fall Apart and this self-confidence is striking in a debut writer: Chimamanda knew she was making her first mark as one of her country’s foremost spokespeople, and she wasn’t afraid to do it.

Kambili, Jaja and their mother all suffer under their father’s growing cruelty. While in public he is an outspoken newspaper owner and generous business owner campaigning for democracy, with his family he is a vicious tyrant. What brings the story home for me is the pace. The deft way in which the story rises to a painful climax then falls away to continue its narrative is as entrancing as the wonder with which Kambili discovers there is life outside of her family.

I’d say that everyone should read this book, but I think most people already have.