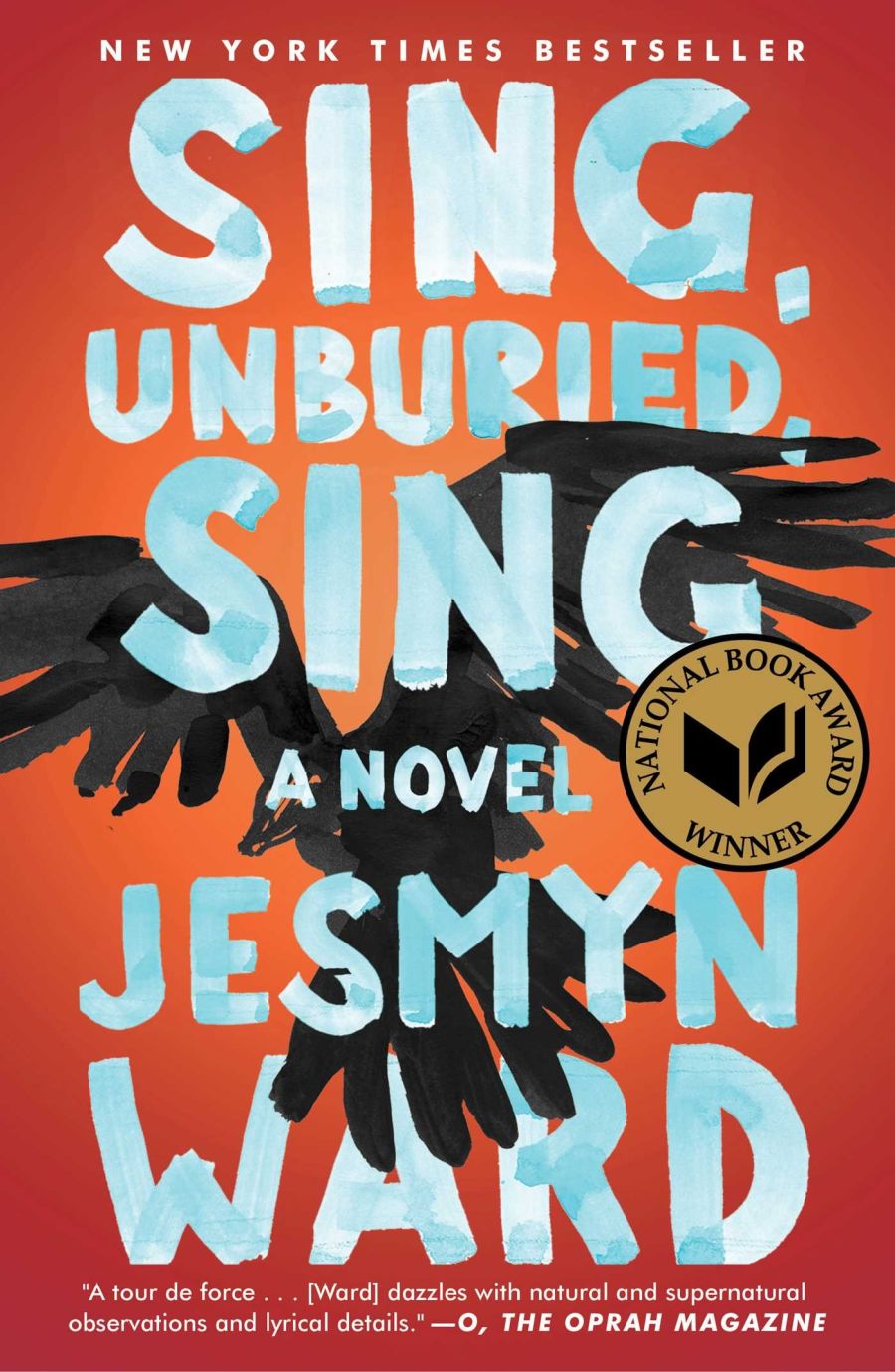 This lyrical tale of race, family bonds, and hardship in rural America is haunted by the predecessors of its protagonists, by their suffering and their mistakes, and the desperations of everyone to move forward past this limbo – the limbo of being poor and black in the American South.

JoJo is thirteen and he lives with his grandparents Pop and Mam, and baby sister Kayla. His mother Leonie is around from time to time, when she’s not working at a bar upriver, but she’s mainly coming down or coming up, and takes her anger out on the kids. Michael, her husband and their father, is white, and in jail.

JoJo and Leonie narrate the story, and try and free themselves from their demons: Leonie sees her dead brother Given when she is high, who was shot as a teenager by Michael’s cousin, and the murder covered up by Big Joseph, the children’s other grandfather. JoJo carries the weight of Pop’s guilt, which he’s lived with ever since he tried to do right by a weak inmate during time in prison when he was younger. Throughout this, Mam is dying, and the trapped spirits want to find closure with her, as she makes her way to another world.

The most shocking part of this story is the setting: we are in present day America, yet it feels like it could be a century ago. The circumstances of so many have changed so little.

I hadn’t heard of Jesmyn Ward before I read about this novel – it was shortlisted for The Women’s Prize 2018 and won America’s National Book Award in 2017 – and did my usual thing of buying it for someone else because I wanted to read it so much, then later finding it in the library. It’s one of those stories that should be required reading; it’s a story of great power told with extreme delicacy, that tells us so much about the world and about family dynamics.

Buy Sing, Unburied, Sing from Hive and read it IMMEDIATELY