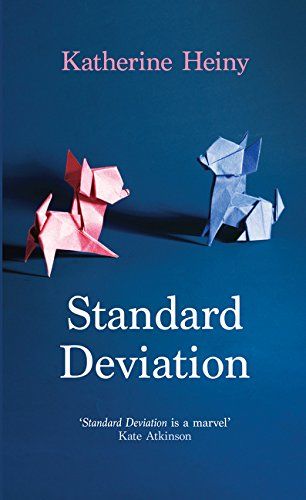 Standard Deviation is a novel to fall in love with, even as you worry whether Audra and Graham are falling out of love, and wish Audra would talk a little less and Graham would give something more of himself. It has much in common with the Great American Novels, those books which won prizes when slim studies of small units of people in important cities like New York were considered representative of the whole country, when written by men, but without the pomp of expectation. Instead it offers to entertain. In fact it’s almost as apolitical a story as I’ve come across, were such a thing possible, and so in this sense also offers an escape or respite from the bullshit reality of our covid universe.

The story is a comic analysis of a contemporary New York family and manages to examine the minutiae of human interactions at breakneck speed. It is pegged as the tale of a marriage, of what happens when you’ve said you’ll spend your life with someone, maybe for the second or third time, and the decades are rolling on but you still have some living to do and…what now? Narrated by Graham, which provides a nice spin on the domestic setting, we watch husband and wife pull together and spring apart as they move forward in life, pivoting around their much loved son and a new friendship with Graham’s first wife. But for all the laughs we also get a poignant excavation of love and marriage and life and death, with Heiny landing some of the hardest punches when least expected.

Excitingly, Heiny has a new novel coming in April and available for pre-order now, so get ahead and read Standard Deviation first