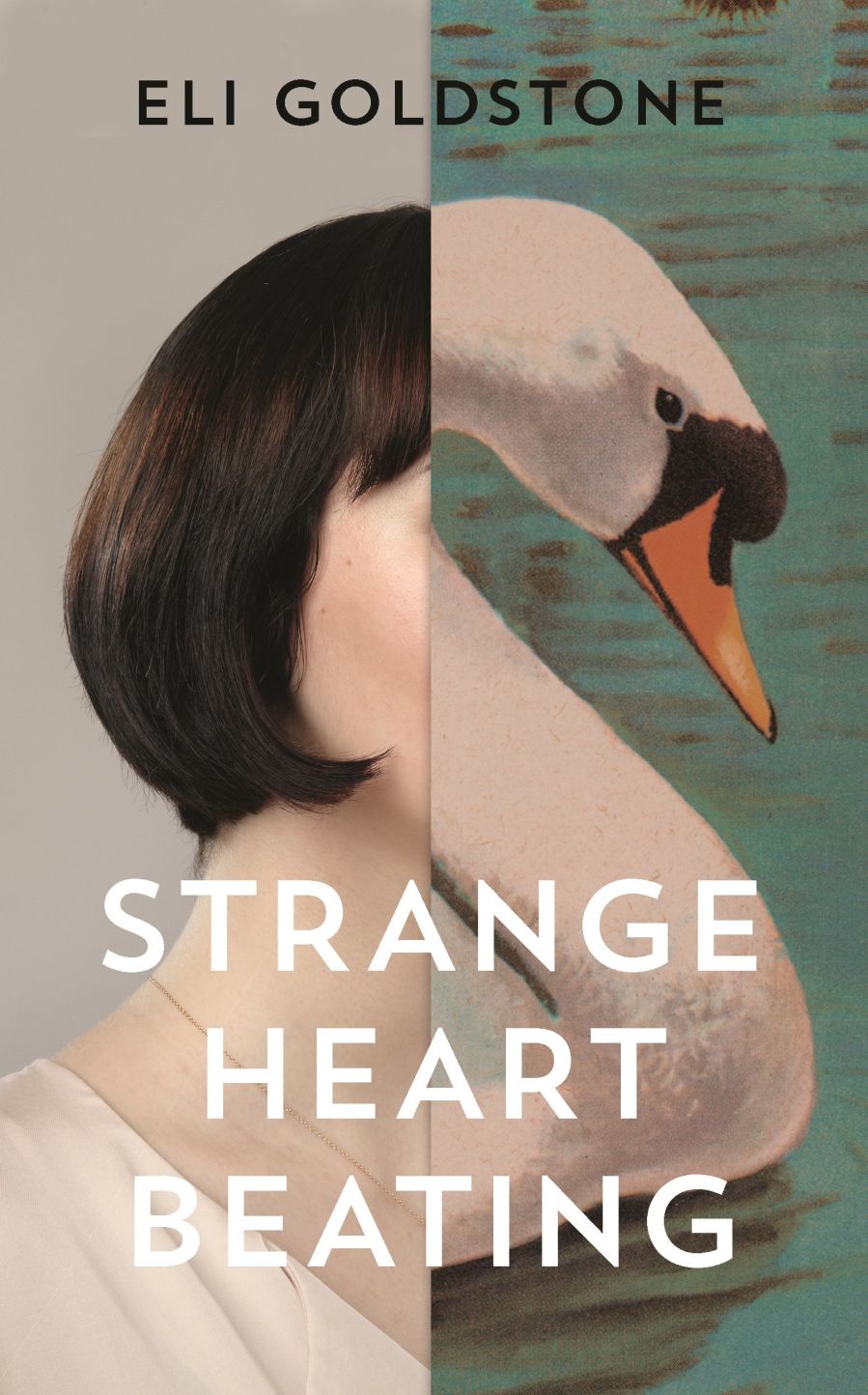 Strange Heart Beating is proof that an odd book with not much of a plot and a not especially likeable protagonist can be a thrilling page-turner. It begins with the death of the narrator’s wife, who was knocked into the water by a swan in the park and drowned. Leda was Latvian, and her bereaved husband Seb realises he knows very little about his wife. He finds some letters to her from a man he’s never heard of, Olaf, and sets off to her birthplace to find out the truth.

I discovered Eli Goldstone on Twitter and her writing is as wry and offbeat as her online persona, but much more mature than I had expected; more storied, deeper, she rarely takes the turn you are expecting. Even at the end of the book – and I was lucky to be reminded about the myth of Leda, by a newspaper column, while reading the novel – she reveals what we’ve been dying to know in a far more sensitive and gentle way than I imagined was possible. I get that I’m the dummy for not having connected Leda and Zeus to the book immediately, but sometimes that’s the joy of reading: you don’t need all the layers, but each one you do discover is a bonus point.

Her writing reminds me very much of Deborah Levy. They both take their characters off to bleak, somewhat uninhabitable places, and leave them to work out their traumas with the tools they find there. They – Levy, Goldstone and their characters – cannot fall back on the easy syntax of, say, north London, but instead expose themselves against new and sometimes threatening landscapes. When Seb has to go hunting with his Latvian acquaintances, the image of the clueless metropolitan man dressed in the wrong clothes, and so terrified he has to take a shit in the woods, is hilarious.

It also feels like an unusual book in my year of reading women, because of its male narrator, which I wasn’t expecting. And Seb is pathetic. He’s a bore and a boor, pushing his tedious ideas on people, yet we do feel sympathy for him as his time with Leda is explored, and he pursues her past in his desperation to keep her close. I knew Eli was female, but I guess many readers will assume she’s male from her name.

I want to see more from Goldstone. The only drawback I found with the book was that she is so very much in control that she holds back, I feel, at points where she could really let her writing explode and consume the reader. It’s powerful, mannered and very clever writing, and I’d like to see what happens when she lets go.

I got my copy from the library, but you can buy Strange Heart Beating (Granta) for £6.79 from Hive.