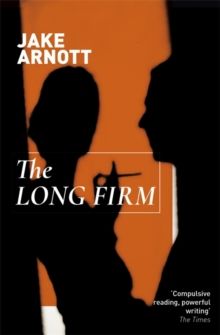 I read The Long Firm in December 2019 because I was going on an Arvon retreat Jake Arnott was the tutor. I wondered if the other writers would all be die-hard fans of his, producing stylish gangster crime capers. Some were, but there was a great mix of people. I imagine it was due to my own maturing as a writer, but I felt much more comfortable there, in Ted Hughes’ old house overlooking its wooded Yorkshire valley, than I did in a room full of alpha Londoners in Bloomsbury.

Jake is a wonderful teacher and very kind. He is also very honest about his life and his success. He wrote a novel he describes as ‘unpublishable’ before The Long Firm became a huge hit in the late nineties. He had been writing in Leeds and posting manuscripts off to agents before Jonny Geller read his work. Geller was an assistant at that point, or starting out on his list at least, and is now the head of Curtis Brown and one of London’s most powerful agents. The Long Firm was adapted for the BBC with Mark Strong as the lead Harry Starks, a gay gangster porn king running Soho in the time of the Krays.

Jake has written a slew of successful book since, but he thought he was headed for mega riches and mega stardom. I think he was ready for that. I’d say he’s achieved major acclaim in the literary and popular culture worlds. But turning out great novels one after another doesn’t really guarantee anything. It only means that you have kept writing.

And thanks to this retreat I have continued to write, and committed to finishing this book – giving it another run – before moving on. Certainly Jake helped me to find out what it was about. What I would love to take from The Long Firm are pace and style: the style as in the fashion and music tastes of the characters which set them so perfectly within their era, 1960s Soho. The small flexes of brand names and the cut of garments show how easily you can locate your writing without readers having to know the era. Bravo. The pace as in the energy throughout the story and the action, we’re kept on a tight leash throughout with no time for minds to wander.