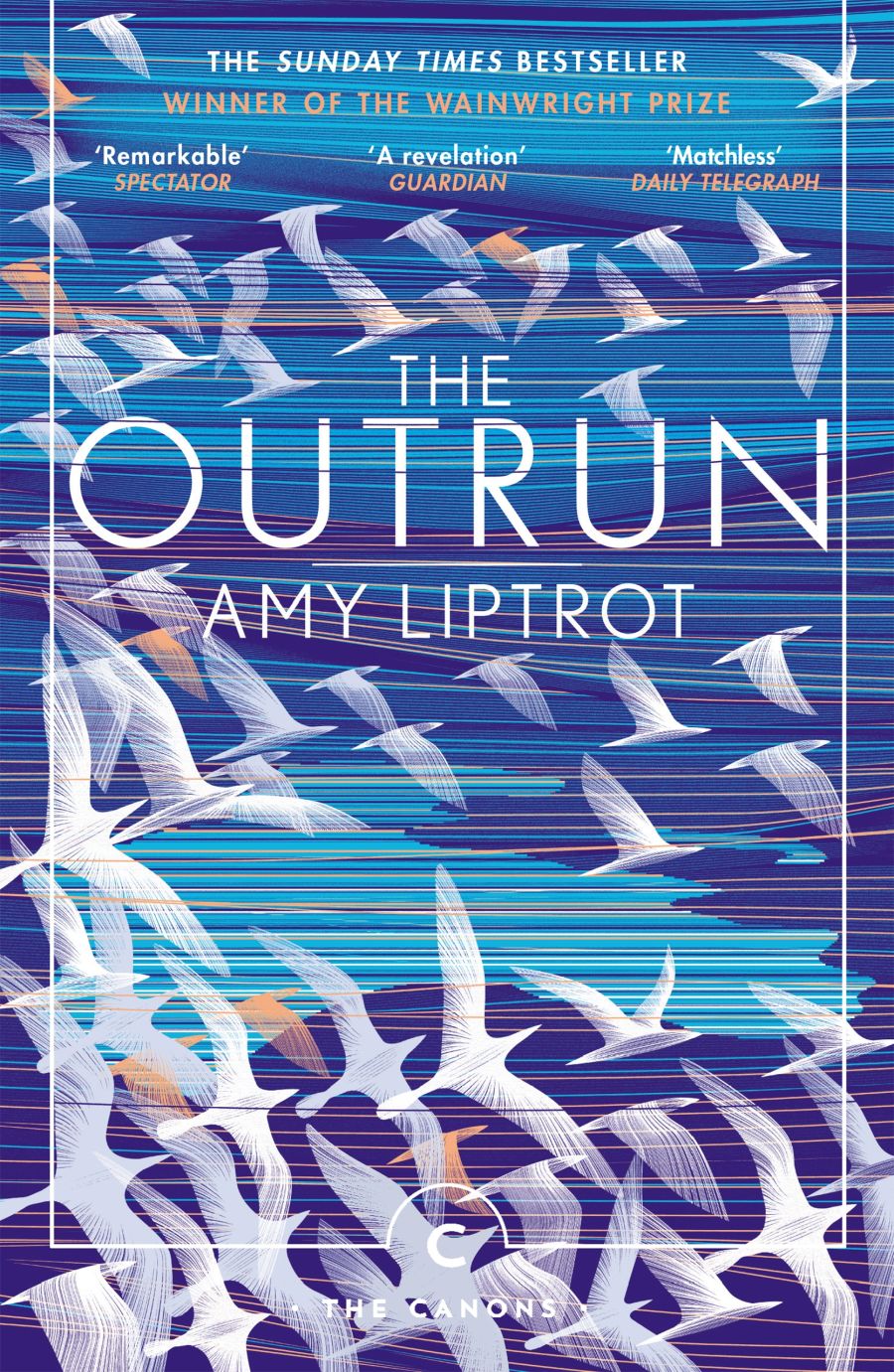 I heard The Outrun on Radio 4’s Book of the Week which aired (Google reminds me) in January 2016. Back then I thought I quite needed a retreat to Orkney to overcome alcoholism, as author Amy Liptrot does in this memoir, her debut which feels like an early contender in the current swell of memoir by young women. I still do.

Liptrot was having a shocker in London. Her taste for the booze ruined all her relationships, intimate and friendly, and she ends up in very dangerous situations and then rehab. Orkney isn’t as wild a solution as it first sounds: Liptrot grew up there with her brother and parents, who bought a small farm in search of the good life. It seems they found it in part, but the marriage broke down, and this is one of the topics she explores on her return.

Because of her background there, she has a working knowledge of the land and its creatures, and the sea and its riches and dangers. I read an article at the weekend saying that applications for jobs looking after rocky outcrops of the UK are soaring as we seek fresh air and solitude, but in fact they can be busy gigs keeping tourists happy, monitoring birds and distributing supplies. I find Liptrot’s illustration of solitude spellbinding; the sparseness of the land and the community is offset by the depth of the ties between each aspect of it.

What I missed in the narrative was a potential for a hoary ending. Maybe I knew the result from being aware of the story, or maybe she gave it away, but we know she doesn’t fall off the wagon and I wanted another sky on the horizon with the potential to fall in to really feel for Liptrot. While she was paying so much attention to the landscape, I’m not sure she fully developed the addiction story. After all, addiction isn’t something you ever walk away from, and I wonder if she got away too easily, or escaped before she’d really furtled around in its depths.

Still I’m a big fan of this book and would recommend it to readers who like nature writing and redemptive memoirs. There is beauty in Liptrot’s writing as well as a comforting, clinically observed stillness in the images she presents us with. Bravo. It won a lot of prizes and there must be a lot of people, me included, waiting for her next book.

I found my copy on a friend’s shelf but you can buy The Outrun on Hive for £8.75 (Canongate)