The Vanishing Half, Brit Bennett 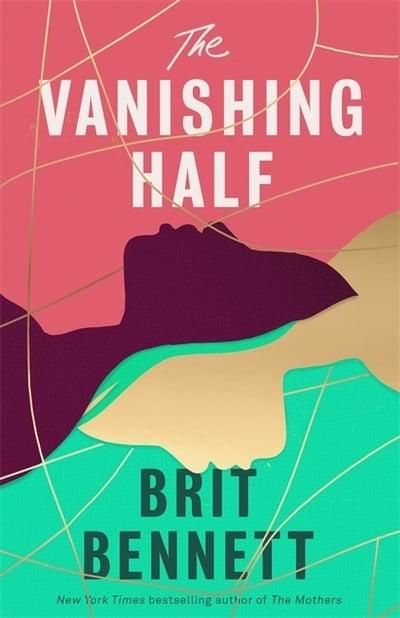 When I began reading The Vanishing Half I was aware of it as a book that was being talked about. A lot of books by black writers are being talked about at the moment, because since the murder of George Floyd in May and the increased momentum globally behind the Black Lives Matter movement, white people are beginning to understand that it is our responsbility to diversify the culture we’re taking in, in whatever form we digest it.

I’ve taken a few looks at my bookshelves recently, and at the books I’ve read and posted about here. Not an awful state of affairs…but I could certainly do better. I’ve always read a lot of Latin American authors so they feature heavily in my past reading. But though these authors tackle the issues of identity and colonisation bravely, they are mostly doing so from a fair-skinned rich male and urban outlook.

For my first school prize I chose a Ben Okri novel, Astonishing the Gods. I had just read The Famished Road and loved it. She couldn’t explain why, but my mother didn’t think it a suitable choice for a school prize.

Almost thirty years later, black authors still struggle to find a ‘suitable’ spot for themselves on our shelves. Brit Bennett is published by the excellent Dialogue Books, an imprint from Hachette UK led by Sharmaine Lovegrove, an advocate for diverse voices in British publishing, and she has now brought Bennett’s first book The Mothers to the UK. as well. (on my list!).

The Vanishing Half has a sense of the universal, wonderful for readers and its author, but terrible for those involved in the history it picks apart. Twins Stella and Desiree Vignes grow up in the small Louisiana town of Mallard, a place peopled by black residents who pride themselves on their light skin. When they witness the lynching of their father, they run away to DC where the once inseparable sisters part ways. Desiree marries the darkest man she can find. Stella disappears. We later find she has spent her life passing as a white woman and has a rich white husband and daughter.

Mallard is eerily and purposefully resonant of Toni Morrison’s Paradise and the perfect setting for Bennett’s astute dissection of the many faces of racism, colourism and classism across the generations in her far-reaching novel; this is one reason it at once feels universal and binding and inevitable and tragic. Bennett’s writing is mesmerising. It has the old soul of a folk tale and the fresh takes of contemporary fiction. I am stunned to discover she is not quite thirty! The Mothers was published in the US in 2016, after she had become known for an essay for Jezebel called I Don’t Know What to do with Good White People.

Bennett is one of many black writers who has inadvertently benefited from the anti-racism movement. Expecting to launch into the pandemic, she instead published into a sea of thirsty white people desperate to educate themselves, and immediately topped the New York Times and Sunday Times bestseller lists. She deserves all this and more for what she is contributing to literature.

I did with this book what I do with all those I fall hard for. I start quick, bounding into it like I’ll finish it in hours, then go slower and slower until I am loathe to read the last few pages and part ways with it.

You can buy the Bennett bundle here!