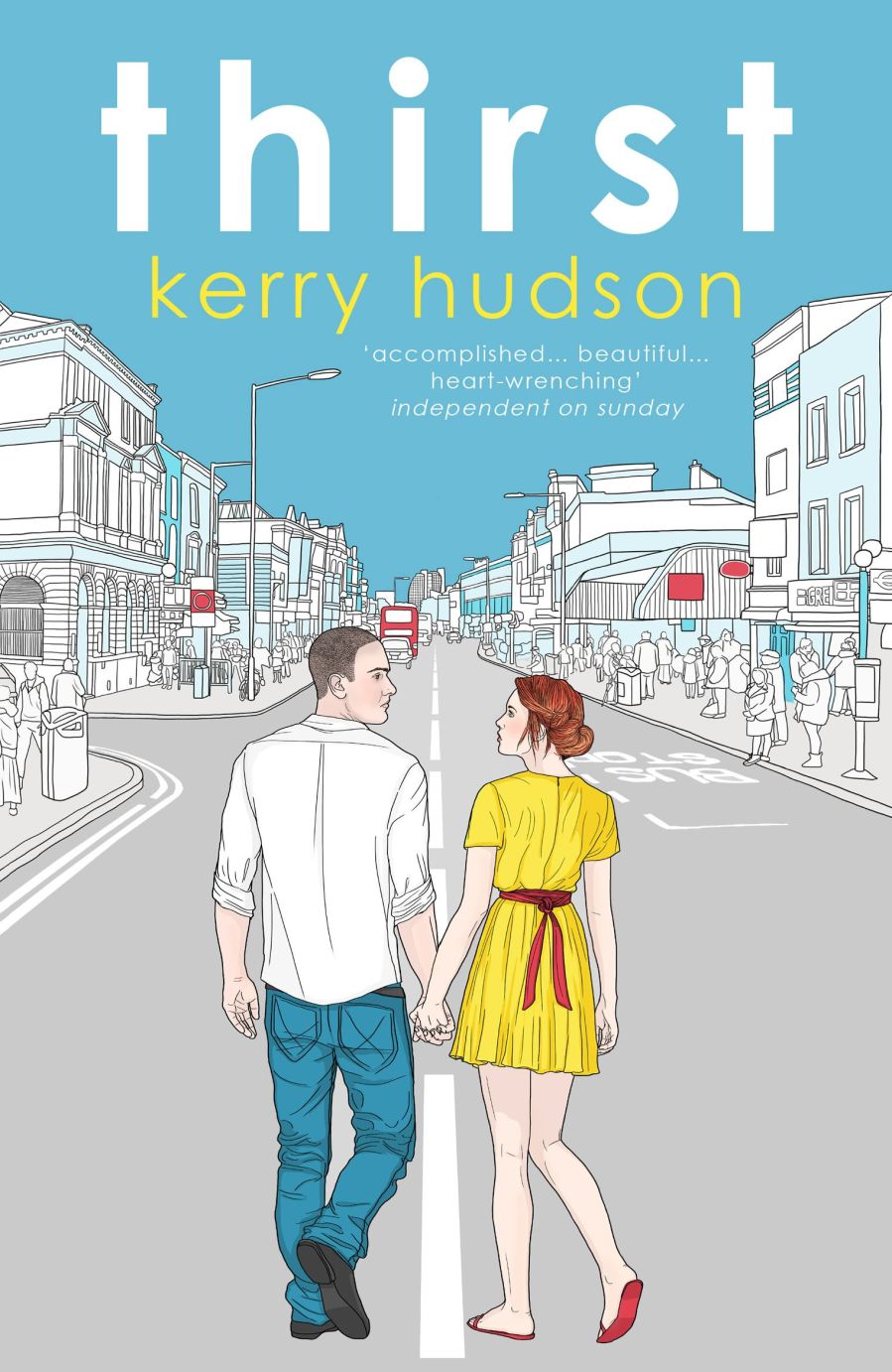 Isn’t it glorious when a sometimes-hard-to-stomach read is also an utter delight? These are the reads that tell you new things about other humans and the world they live in. You might live in that world too, but perhaps you don’t, and that’s why learning about it and being horrified or inspired by it is so fucking good. Aaaaaaaah, FICTION!

Kerry Hudson had been on my list for a while because of Twitter and her journalism for The Pool where she wrote a lot about poverty, and how she grew up poor (we’ll have to lament The Pool another time kids, no space here). I then realised she was the author of the book about Tony Hogan and his ma and his ice cream, or similar, which everyone loved but I still can’t get on board with long titles.

The protagonists of Thirst are Alena and Dave, who meet in Central London via Siberia and Roehampton. They are immediately a gorgeous couple. Both are caring, wilful, smart, hard-working. Neither feels they can tell the other the truth, wanting to show their best side, like so many of us do, fearing it will put the other off, yet the pretence is agonising. From what we know about Alena’s past, how can she hope to explain it to Dave. And what is he hiding himself?

Hudson’s characters didn’t grow up with lots of options, choices or opportunities. They lead hard knock lives. While something in their naive love makes me think of Sally Rooney’s Normal People, her characters are always rubbing shoulders with privilege, while Hudson’s have no in of any kind.

Some terrible shit goes down in Thirst, but it’s a deftly written portrait of young love, modern life, poverty, migration, lack of opportunity and personal strength. Hudson captures the hustle of London life, but the spare lines of her portrait of Alena’s small Russian town impress me the most. I wanted to say I was surprised it didn’t win loads of prizes but research tells me it did win a very prestigious French prize, France’s most prestigious award for foreign fiction the Prix Femina Étranger, but nothing over here.

Thirst was the first book I read this year. I was so happy when I found it in the library and it was a really chunky book and that after the teeth-pulling 52-books-52-reviews of last year I felt I could go back to reading heavier books (physically heavier not harder going). I’m looking forward to reading her non fiction book Lowborn about British poverty and class soon. But now look at me I’ve been missing updating my reading and so three months in I’m going back to the beginning and planning a review again of each of the books read this year (11 so far in 12 weeks). I’m going to have to keep them brief.

Buy the brilliant Thirst from Hive for £7.69 or see if there’s a copy in your local library where I found it