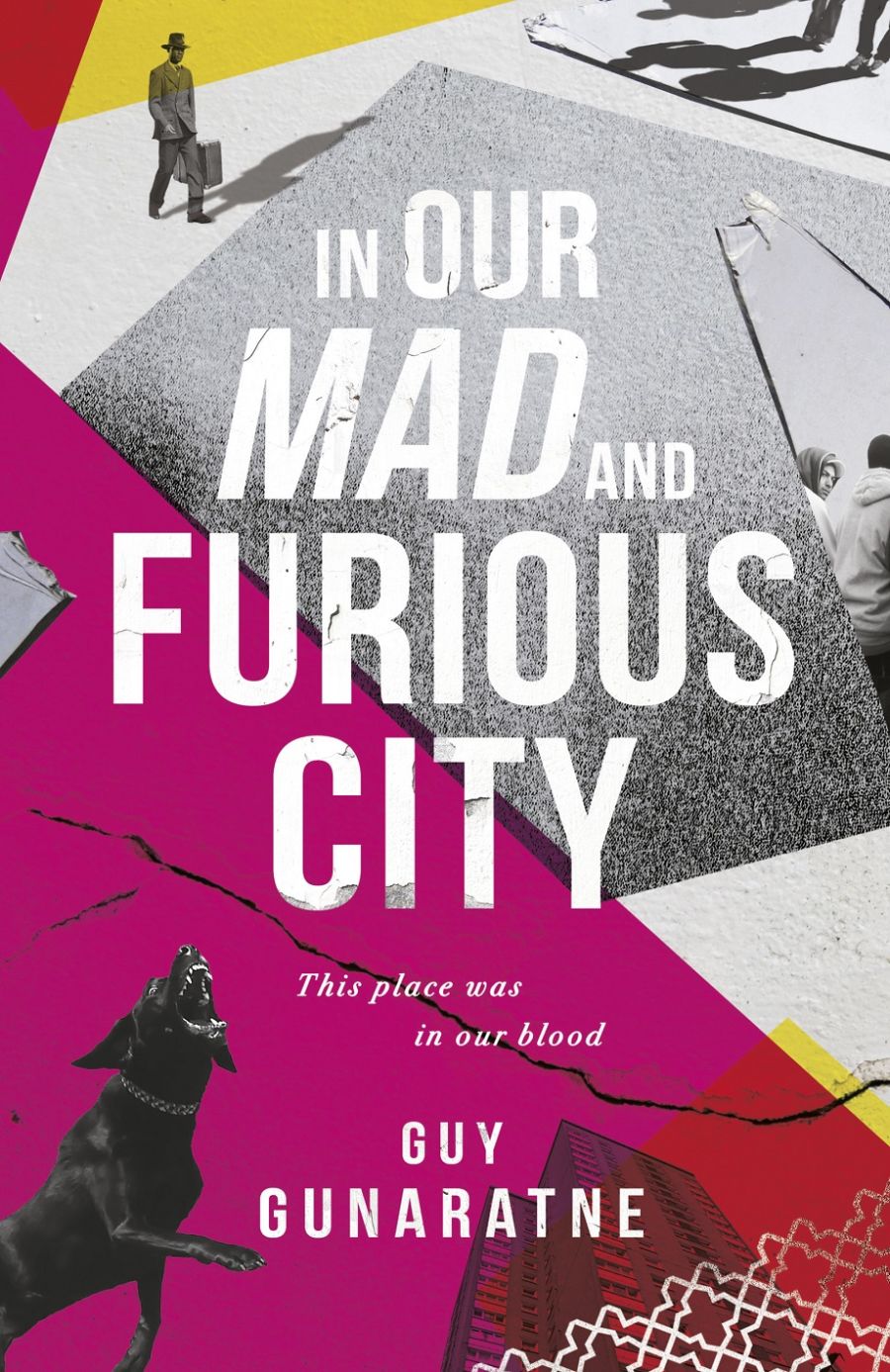 Everyone said I must read this novel. They said it was ‘electrifying’, ‘dazzling’ and ‘startling’, which are empty cover quote words, aren’t they? But it is all of these things. And in their full and right meaning, by no means empty from repetition but bursting with strength. It’s also the first thing I have read by a male writer since 2017, and man does Guy deliver. No surprise this won him loads of prizes, including the International Dylan Thomas awards and the Authors’ Club best debut.

I read it during what was supposed to be a self-imposed news and social media break, on a holiday in the French Alps in April. But it was the week Theresa May repeatedly tried and failed to push her Brexit deal through parliament, and I had to check in every few minutes. In the end, a book about turmoil in London, though set in the opposite end of London to Westminster (in all senses) seemed appropriate.

Gunaratne’s narrators are three friends in London, as well as one older Irish woman and a father who came to the UK in the Windrush. The time is 2013, after the murder of soldier Lee Rigby on the streets of Woolwich, by Muslim fundamentalists. Sevlon is black, athletically and academically gifted. Yusuf is the son of the former imam, whose mosque has been taken over by radicals since his death. Ardan is small and shy, he doesn’t know his mother fled her IRA family, and wants to make a living making grime, the music which lives in and between the lines of this story.

It’s hot. They’re in the city. They live in small spaces with hamstrung opportunities and constant conflict so the tension is consistently ripe, and Gunaratne’s detail is dense and spellbinding. His evocation of London is reminiscent of Zadie Smith, his mix of culture and character is expertly informed. He is just about holding on to each of his voices – racing along and gripping onto their stories almost in line with the reader – which makes for a thrilling ride.

I ended up loving and fearing for each character. You must read this novel.