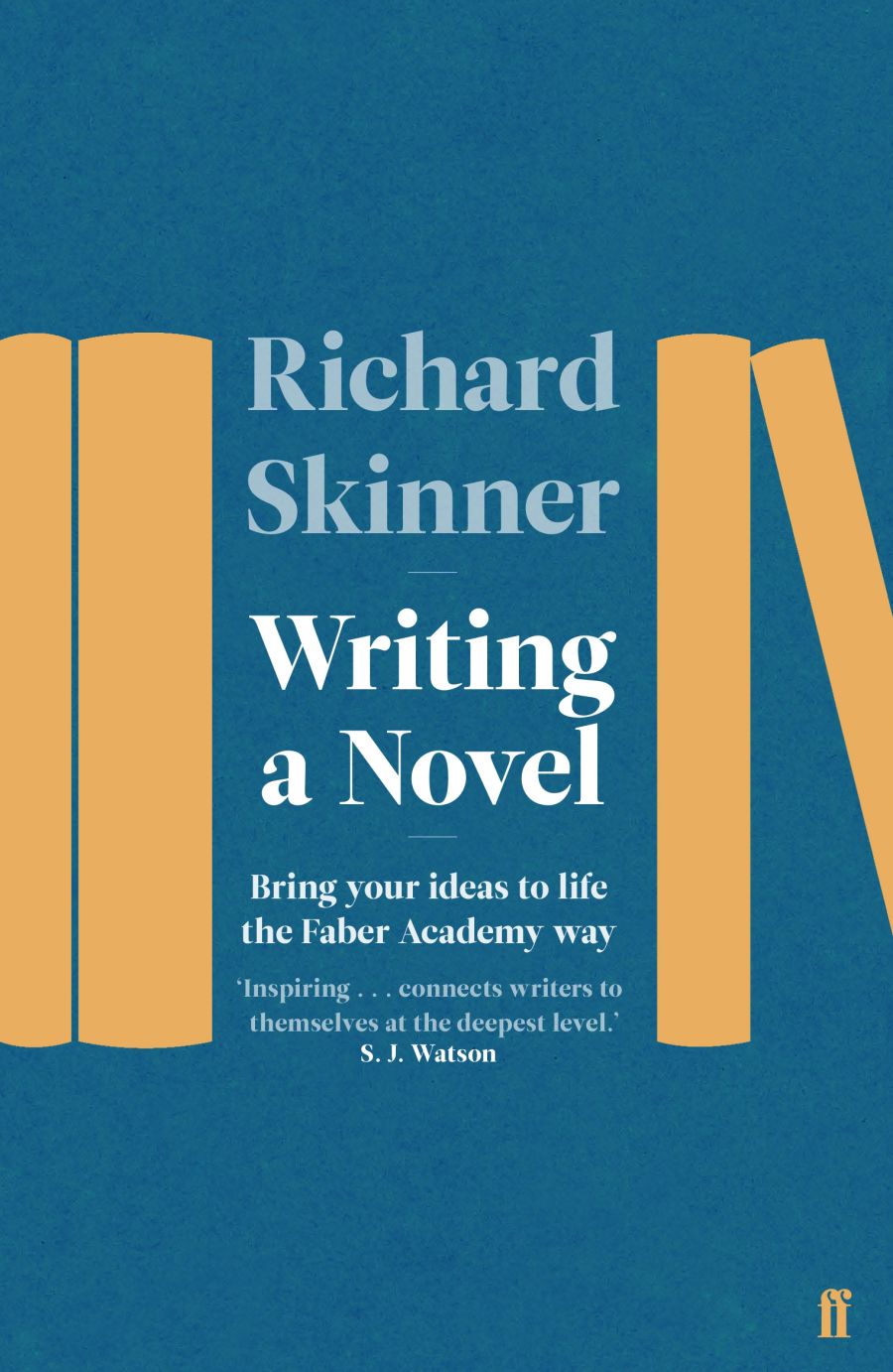 This is one of those books I should read every year because it makes so much sense while I’m reading it and then I forget it and write like a four-year-old.

Richard Skinner was my writing tutor on the Faber Academy novel writing course I did in 2017-18. I finished it a year ago and am still struggling to get my first draft together, but I’m self-sabotaging reaching the end by planning in lots of other work around it. Because when I’m finished and no-one wants to read it, that’s when the the badness of things will really set in.

Much of the material in the book was familiar because we used it in class, as well as it being his voice. Coming back to this material a year after the sessions enabled me to see his approach more fully, and to see how it worked for me. Richard is acclaimed within Faber and the industry for securing some mega deals for his students, a roll call of thriller writers such as SJ Watson and Alison Feeney have studied with him. Within my writing class the chatter about dollars and deals was often deafening. But this book urges writers to find their voice, and to understand the components that make up that voice.

Much of Richard’s success is due to his unfailing enthusiasm for encouraging writers. “Keep going” was all he would say whenever you weren’t sure you should. He can’t really think everyone should keep going, can he? I think he means “keep going” if writing is something you need to do, if you feel it’s something that might ultimately heal you, however painful the process might be. No-one is making you write, and no-one might ever really want to read what you write.

Let’s be honest, even if Richard never was because we were paying him, but you have to give yourself permission to write, and to be a writer. No-one else can do that for you.

Bag this book on Amazon for £7.18, or get off your bum and go out and support an independent bookshop