Walking on the beaches looking at the teachers

Following the success of forest schools, the coast is fast becoming another option for al-fresco learning. By Sophie Morris 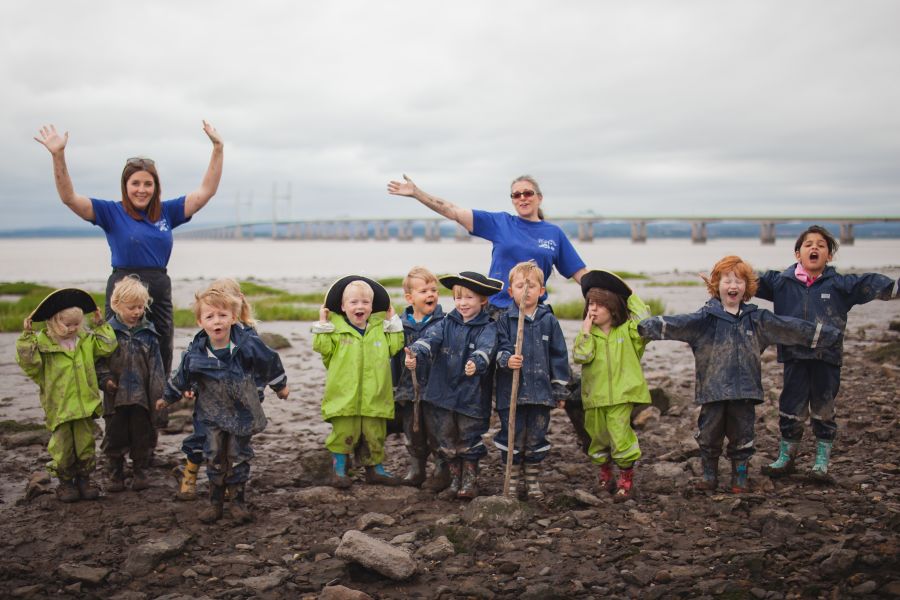 I met my daughter’s childminder on the beach near our home in Kent. We’d spoken on the phone and she’d told me she had a beach hut where she regularly took her charges, which sounded far too good to be true. But on a beach walk the next day, I came across a small crew of toddlers in matching T-shirts gathered obediently around a beach hut, and realised that this was the childminder for me. Now my little girl can enjoy a day at the beach even when I’m working.

A growing number of nurseries close to a coastline are realising the benefit of taking their children to the beach as part of their weekly routine, a happy consequence of the success of forest schools all over the UK, which has seen outdoor play and education in a woodland setting become highly desirable among parents looking for a nursery.

“Children have no inhibitions when it comes to exploring the beach,” says Cassie Holland, the beach school coordinator at Woodland House and Archfield House nurseries in Bristol. “They have real old-school fun, and can laugh their heads off because they’ve been enjoying it so much. That’s the real essence of being a child.”

Holland takes about 20 children to the beach. The session starts when they walk down Cotham Hill to the train station for the 25-minute ride to Severn Beach, and the children will wave to the watching shopkeepers. While waiting for the train they’ll weed and water the planters, and start making predictions about the tide - the children are taught how tides work but not told where they’ll be on any particular day, so they learn to understand this themselves.

The beach-school approach shows children that our coastline isn’t just for sunny days. “Our nursery policy is that there’s no such thing as inappropriate weather, only inappropriate clothing,” explains Holland.

The pre-school age children learn through play, so once at the beach the session is laid back. “Some children will choose to run and feel the wind in their hair. There’s mud, sand and lots of pebbles. Some will choose to express some kind of creativity, using the natural resources, such as making sand dragons and landscape art from the different materials, the seaweed and the sand.

“There are lots of crabs when the tide’s right, and they’ll go off and look for crabs under rocks, using teamwork to pick up the heaviest ones. Eighteen is our record so far.

“There might be charcoal on the beach and we’ll maybe write and draw on the seawall. Or children might stand alongside someone who is doing their fishing and speak to the fishermen and women about what they’re catching and watching their rods and reels and bait.

“We don’t do fires in every session, but we do do fires and toast marshmallows, so there’s lots of health and safety instruction around that.”

Nicki Pugh’s five-year-old son Ben was one of the first to experience the beach-school sessions at Archfield House. “They were already doing forest school when we were looking at nurseries so their outdoor provision was very exciting,” she remembers.

“My partner James took part in the beach school family day on his own with the two boys (Teddy, now aged two, will be able to do beach school when he’s older). He wouldn’t otherwise have gone to Severn Beach without me, which tells you a lot about the confidence they instill in parents.

“It doesn’t have to be a pristine area of white sand, but Severn Beach almost has more to offer because it’s a constantly changing coastal environment.”

Other nurseries offering classes on the beach include Port Regis Montessori nursery in Broadstairs, Kent, where children are lucky enough to have direct access to the beach through a door in the wall enclosing its 17 acres of woodland. Forest school is very popular here, and the beach school is an obvious extension.

At Lyndhurst School in Worthing, West Sussex, children take lessons in history, art, maths and literacy, as well as making up their own games, whatever the weather.

All beach-school leaders are required to obtain a qualification to learn about the management of a beach ecosystem. Holland did her Beach Schools Practical Skills and Environmental Management course, a two-day programme accompanied by 44 hours of self study for professionals who are already working in childcare, at the Forest Schools training organisation, also known as Archimedes. It is currently arranging its beach schools courses for the coming year, and will run them around the country, based on demand.

“Increasingly, as the educational markets are becoming more creative in utilising the outdoors as a classroom, we as a nation are becoming more aware of the hidden potential of the outdoors and demand is higher than it has been for 60 years in the UK,” explains its website. “For those who have easy access to the 11,000 miles of shores that surround the British Isles, it is not surprising that these are becoming an inspirational learning environment and parents and carers as well as educators are seeing and experiencing very positive impacts on their children.” Holland is also close to launching Bristol Beach Schools, an initiative where she and her colleagues will run beach school sessions for other toddler groups from spring onwards.

And if it’s a really cold day in February, say? “Obviously there are times when it’s dangerous to go,” she admits. “Sometimes the tide smothers the beach, and we won’t go then. But we work with the families about how to dress properly, and teach the kids about what to do if they’re cold - run around in circles or jump up and down. Children can very resilient when they want to be.”