Ahead of the final season of ‘Orange is the New Black’, Sophie Morris looks at how it tore down barriers of every stripe - for both performers and producers 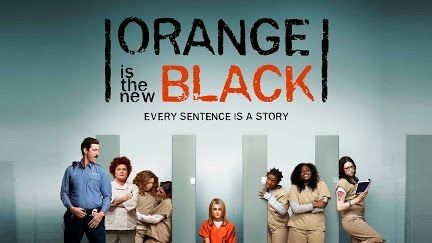 When a television show reflects the political climate, it can feel important. But when it shifts the status quo of an industry, it’s a watershed moment.

Orange is the New Black, the jailbird comedy-drama that returns for its final series on Netflix this Friday, has been just such a watershed: since 2013, it has put centre stage the characters and storylines usually sidelined. It has been glorious, shocking, hilarious and heart-breaking, showing us the woes of a nation and the lows of late capitalist society through the lens of America’s two-bit criminal justice system.

Crucially, it also explores the joy of being human, unpicking the stories of the female inmates of Litchfield Penitentiary, a fictional minimum security women’s prison in New York. It has become Netflix Originals’ most-watched series, and has launched and consolidated the careers of an expansive, diverse group of female actors and writers. The casting of Laverne Cox, a transgender woman playing the transgender character Sophia Burset, was a landmark move forward for trans visibility, as well as stepping up the representation debate.

As well as the many roles for actors of diverse ethnicities and identities, OITNB has given us women who are short, squat, round, ugly, spotty, butch and old. There are probably more decent parts for women over 40 in any one season than in everything else made that year put together.

In the years it has been on screen, the landscape for programming made about and by women has changed significantly. Studios now seem to understand that having a woman writing or running a show can offer them big returns on investment (just look at the successes of Fleabag and Killing Eve). In 2018, The Hollywood Reporter’s list of the 50 most powerful showrunners (including teams) was the most diverse in its decade of existence, with 24 entries including a woman or person of colour.

Creator Jenji Kohan is now a sacred cow of television drama, but when CBS picked up her first pilot The Stones in 2003, they gave the job of showrunner to her own brother. At that time, the possibilities of banking on women-led shows were just revealing themselves - Amy Sherman-Palladino (who would go on to create The Marvelous Mrs Maisel) was experiencing success with Gilmore Girls, while Shonda Rhimes - whose production company Shondaland we have to thank for Scandal and How to Get Away with Murder, and who now has an exclusive deal with Netflix Originals - was soon to create Grey’s Anatomy.

Kohan left to create Weeds, starring Mary-Louise Parker, which ran for eight seasons. As well as OITNB, she is executive producer on Glow, set in the world of 80s women’s wrestling.

Though a criticism of OITNB might be that a prison is a hackneyed place to explore diverse characters, the show only made it on air because the first series was the adaptation of a memoir by Piper Kerman, an educated middleclass white woman sentenced to 13 months for a historic drug crime.

Kohan has called Kerman her “Trojan horse”: “You’re not going to go into a network and sell a show on really fascinating tales of black women, Latina women, or old women and criminals. But if you take this white girl, you can then expand your world.”

In 2019, a black actor, Halle Bailey, has been cast as Ariel in The Little Mermaid, a Disney princess who until now has been presented as white. There will be a black female 007, the Brit Lashana Lynch, and Phoebe Waller-Bridge is working on the script. For the industry, Orange is the New Black has proven to be a Trojan Horse itself.