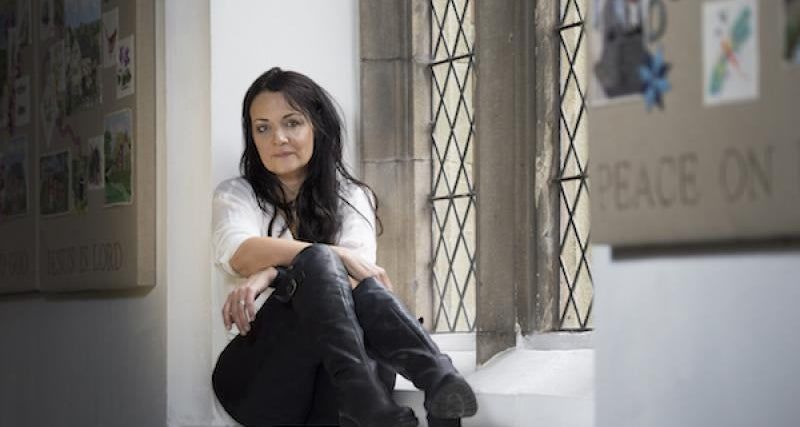 “When we read the last page of a book, we feel safe in knowing we will be given our happy ending, even if that happy ending isn’t always the one we might expect it to be.” Joanna Cannon’s belief in the power of stories explains why, when she felt herself gasping for breath in the midst of career burnout, she didn’t book a yoga retreat or mindfulness course. Instead, she took two weeks off to read. The fortnight of words, pages and stories restored her sufficiently to return to her job as a junior doctor - an experience she chronicles in this memoir.

Cannon no longer works for the NHS. You may know her as the author of two best-selling novels, The Trouble with Goats and Sheep and Three Things About Elsie. Her latest book is a departure from the engrossing fiction which made her name, though the style is equally intimate, delicately constructed and as absorbing as it is arresting.

Cannon became a doctor despite leaving school at 15 with only one O-Level, winning a place at medical school as the admissions tutor’s “wild card”. She doubts herself despite the evidence that she is a survivor: she overcomes a fear of the cadaver she is to dissect during her degree, and sees out a night shift as a newly qualified doctor when her house officer bunks off on holiday, leaving her holding the pager for half the hospital.

Cannon weaves observations from other medical professionals - consultants, professors, nurses - into her own recollections. For any non-doctor, experiencing just one of her worst shifts might justify PTSD. She tells a young family their father will die, deals with the suicide of a psychiatric patient who is also a doctor, and dodges the ire of a violent patient with whom she is trapped in a locked corridor - all brief episodes within an avalanche of morally sensitive, technically trying and emotionally destructive tasks.

Breaking & Mending joins other recent publications which excavate the daily trauma of the NHS through personal memoir, from paediatric nurse Christie Watson’s The Language of Kindness to Adam Kay’s This is Going to Hurt. Kay quit the profession after an operation went fatally wrong owing to an unforeseen complication. In hindsight, he has said doctors should automatically receive a week’s compassionate leave in such circumstances, and that the authorities showed no recognition of the trauma he underwent.

Might more compassion for doctors, not just their patients, keep them on the wards? “The NHS is held together by the goodwill of those who work within it, but even then it will fracture, and you will fall into the gaps those fractures create, and you will disappear,” Cannon writes.

She walks an unusual route with Breaking & Mending, because although she considers herself “rescued” by psychiatry, there is no happy ending for her antagonist, the NHS. The system she escaped remains, spluttering and crumbling under the weight of Britain’s health requirements.