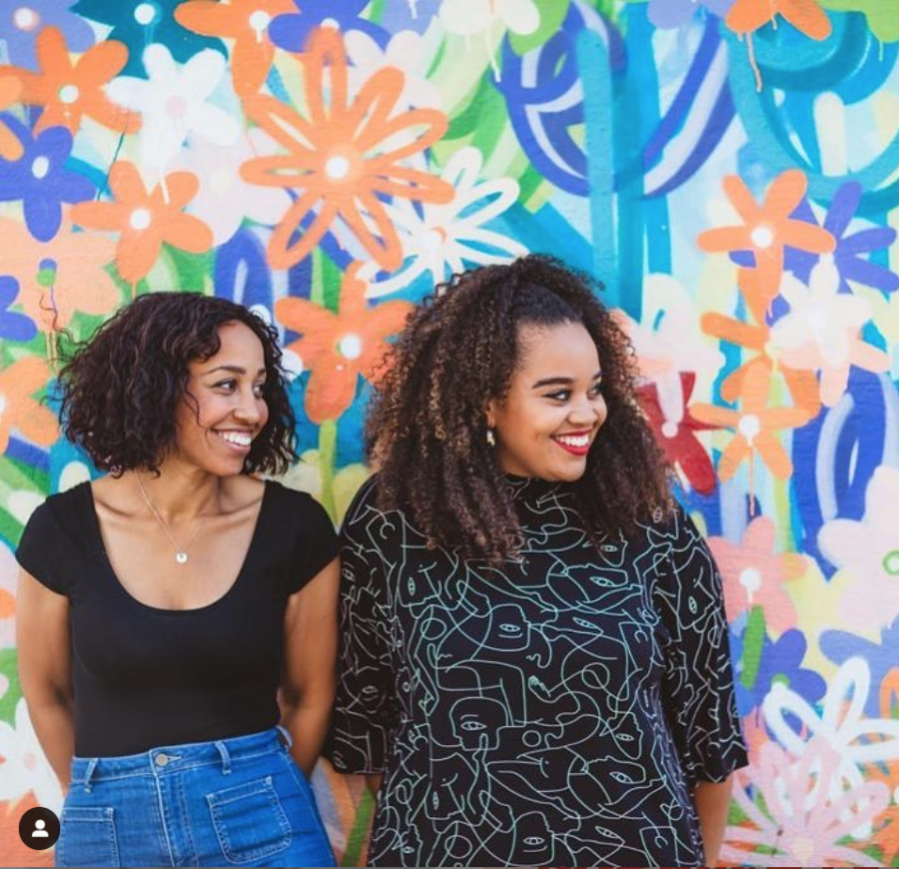 When Natalie Evans witnessed a guard being abused on a train, she took out her phone and started filming. The guard, who was black, was asking two passengers, who were white, for their tickets. They didn’t have any, and their response was to ask the guard if he had “a f**king passport to get into this country”.

As well as filming the abuse, Natalie spoke up and challenged the two passengers, who accused the guard of playing “the black card” and claimed that they were the true victims.

“Are you listening to what you said?” asked Natalie. “It’s racist… it’s disgusting,” she told them. “You just said he needed a passport to get into the country. Would you say that if he was white?” This was the first video that Natalie and her sister, Naomi, pasted on their anti-racism Instagram account Everyday Racism UK when they launched it on 10 May.

That was two weeks before the killing of George Floyd in the US led to renewed outcry, protests and conversations about racism around the world, and in the three months since their account has attracted more than 45,000 followers. They had expected it to reach no more than a few hundred friends and family.

Natalie calls the abuse in the train video an example of a microaggression, small but harmful discriminatory comments or acts which are often ignored or downplayed. She and Naomi are well acquainted with those.

The pair grew up in Thanet in Kent with their white mother, surrounded by white people in school and at home, though they are mixed race with a Jamaican father.

“We were pretty much the only mixed-race girls in most places we walked into,” remembers Naomi, 37, a secondary school teacher.

“There was only one other black girl in my year,” says Natalie, an events organiser working for a youth organisation. “Everyone thought we were twins, even though she was a dark-skinned black girl.”

They are also used to being told the problem is all in their heads.

“Growing up here, we knew there was something not quite right, but often we couldn’t quite put our finger on it because it wasn’t overt,” says Naomi. “But in the last few years this language has emerged to help us deal with racist situations.”

The sisters realised that many of their friends were discussing the Black Lives Matter movement and events in America as if racism wasn’t a problem in this country.

“You’re navigating through life and then something happens to make you think: ‘Oh. People really don’t know what’s going on.’ That’s why I put the video out,” says Natalie. “After George Floyd was murdered, people woke up. They suddenly wanted to talk about your life, this life which you’ve tried to hide, and have conversations you’ve tried not to have.”

They began to post stories of “everyday racism” in the UK. The details stand out to me as a white reader but the facts are commonplace for Naomi and Natalie.

One contributor, Brenda, reveals how she is used to being followed around shops, suspected of shoplifting. Aine tells how her white friends looked on in silence when a man told her to “go back where you came from” in a bar. Ayo was held at gunpoint by four plain-clothed police officers while on a university field trip.

“The stories we’re reading are disturbing and devastating but for Black and Brown people they are nothing new,” they wrote in an early post. “Yes be really angry but don’t be shocked. It’s not new to us, we’ve been telling you for centuries.”

The sisters post “toolkits” for readers, such as “Terms to use when talking about race” and “Let’s talk about reverse-racism”. Their motto is #LISTENLEARNDOTHEWORK.

“Of course it’s positive how quickly social media accounts like ours have grown, but it’s bittersweet,” says Naomi. “Why has it taken a video of a black man being murdered for you to think this is important?” Despite enthusiasm from followers, Naomi is bruised by the response from local politicians who deny the existence of racism in the area. South Thanet MP Craig MacKinlay said in June that he had “received very few, if any, reports of local racism”, to which a Labour councillor, Aram Rawf, responded by handing him details of hundreds of racially motivated incidents, including verbal abuse of babies and schoolchildren.

Margate was once home to National Front gatherings, but the police chief Ed Ruffle has said that reports of racially aggravated offences have dropped in recent years, from 213 in 2018 to 169 in 2019 and 61 for the first half of 2020.

When Naomi wrote to Roger Gale, her MP in North Thanet, asking him to apologise for not supporting black and minority groups in the area, he replied that he had “maintained an excellent working relationship with all of the ethnic and faith groups in East Kent” during his 37 years in parliament and that she was harbouring a grievance.

“This was the most upsetting experience I’ve had in these three months, more than the racist rants on Instagram, because he is supposed to be my representative in parliament and this is what he thinks,” says Naomi.

This is the sort of gaslighting Naomi and Natalie want to draw attention to, and prevent. “We can’t let this be a trend,” says Natalie. “This is lifelong work.”