Spooky bat symbols are everywhere at Halloween, but real-life bats are declining in the UK. Sophie Morris finds out why - and how we can help 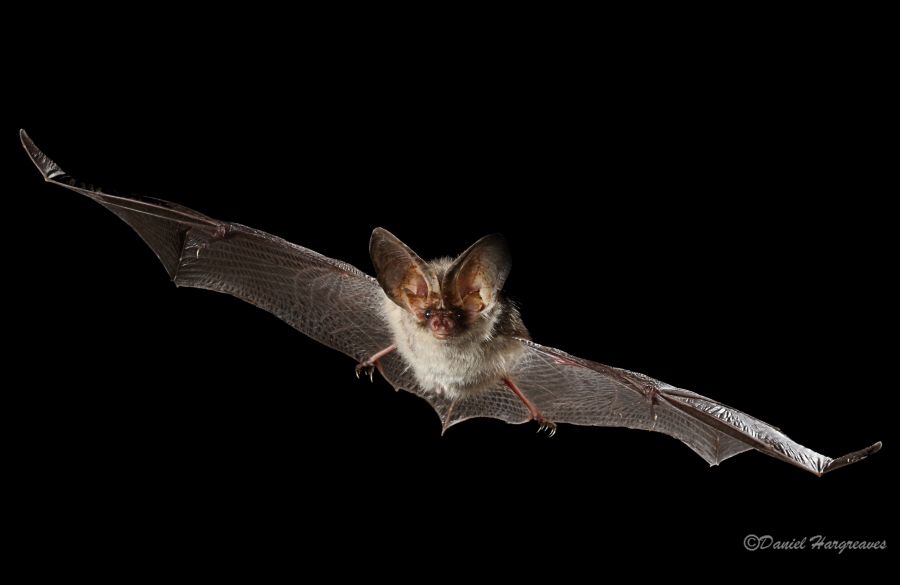 I fall for Daisy at first sight. She has glossy eyes, a wet nose, a fluffy tummy and a furry back. But she’s no Andrex puppy. Daisy is a brown, long-eared bat, who was rescued with a badly torn wing eight years ago in Kent, and nursed back to health by conservationist Hazel Ryan.

Daisy was attacked by a cat, a prime bat predator. With a bone missing from her wing, she’ll never fly again, but she is doing important work as an education bat. Unsurprisingly, there is plenty of interest in her as Halloween draws near. But while we’re hanging up plastic bats and carving their shape into giant pumpkins, the real creatures are suffering, with record numbers needing rescue for the season.

“This is our worst ever year for starving bats found in the wild,” says Ryan. “Usually we’d have very few bats getting into trouble at this time of year, one or two a week. But I’ve been getting a bat nearly every day over the past two months.

“Bats have declined quite dramatically, because of lack of food. All bats in the UK feed on insects. They need plenty and the population has really dropped.”

Ryan cradles Daisy gently in gloved hands, stroking her back which makes her purr with pleasure. It’s a fine specimen which puts me in mind of Alf the extraterrestrial from the 1980s sitcom. But Daisy is the size of a human thumb. She weighs 8-9g (similar to a £1 coin), and has long ears furled over her brow like paper fans.

How could we ever be afraid of such a winsome beast? And how have bats become inextricably linked with vampires, Halloween, and all things deathly and ghoulish? “They’re very misunderstood creatures,” says Ryan, who currently has more than 30 rescue bats roosting in her spare room, so she can be with them in the evening when they’re most active, and might need hand-feeding or medication. In addition to her job as a senior conservation officer at the Wildwood Trust, a small zoo which cares for native British species in a woodland setting, she volunteers for the Kent Bat Group and takes in bats in need.

Wildwood is home to Kent’s bat rehab centre, a “flight cage” in which Ryan ensures bats can fly and hunt well enough to be released into the wild. All bats are protected in the UK. You cannot keep them in captivity if they can survive in the wild, and you need a licence to handle them.

There is a myth that bats will get caught in your hair, which Ryan says has never happened to her in more than 15 years of working with them. She thinks it is because bats fly and feed at dusk, the same time mosquitoes and midges are circling our scalps. The bats spot the abundant meal and swoop in for a snack.

And what about vicious bloodsucking bats? Vampire bats do exist, she explains, but only in South and Central America, and even those would much rather munch on a deer or a bird than a human. Granted, if you lie out uncovered at night in the Amazon they might find you, but I can think of dozens of beasts I’d be more worried about if I spent a night exposed in the jungle.

“They do suck blood but they are lovely bats,” says Ryan. “They’re like little frogs and they hop across the ground as well as flying. They take a tiny nip of the ankle usually, a little bit of blood is all they need. They have anaesthetic in their saliva so you don’t even feel it.”

In fact they’re so lovely they share their food with friends. If they go back to the colony and find someone hasn’t eaten, they’ll regurgitate the blood and share it around.

Bats are friendly and loyal creatures. They live together in colonies and Ryan’s aim is to release them back into their former homes once they have recuperated. They need to be able to fly, otherwise they won’t be able to feed themselves.

Autumn is not the usual time to find so many bats in need. Typically Ryan picks up lots of starving bats in the spring when they wake up from hibernation. In late May and early June you get heavily pregnant female bats which have been caught by cats. In June and July, if something has happened to these mothers, there will be pups in need. Then in August, there are lost juvenile bats. They are learning to fly, going out for the first time and crashing or being swiped by a cat because they are a bit wobbly.

Why should we care? Bats are fascinating and little-studied creatures, and more closely related to humans than the rodents with which they are often wrongly compared.

They live unusually long for their body size, and don’t suffer from age-related diseases, switching on a gene as they age in years to halt the march of time. There is one Brandt’s bat in Siberia, a species that weighs under 10g, that is more than 40 years old. So it is believed they have lots to teach us about this holy grail of all medical research.

How to protect bats near you Cats can hear bats’ echolocation and wait for them to emerge from their roost, hungry and weak, or swat them when they’re flying low.

You can make a big difference by training your cat to come inside to eat before dusk, and keeping them indoors for the few hours before dusk.

Bats are often found stuck to flypaper. This is horribly painful. If you have to use flypaper, try putting it inside mesh such as a birdfeeder so the insects can get in but the bat cannot reach the paper.

Do not try and remove a bat from flypaper without expert help. Any bat found on the ground, or in an exposed area, probably needs help.

Contain the bat in a box. Wear gloves as there is a tiny risk of a type of rabies if an infected bat bites or scratches you.

Bats are an effective natural pest control and studies are being carried out all over the world to see how they can replace pesticides.

In wine-producing Bordeaux, small moths called grape tortrix have devastated vines for years. The bats can eat up to 2,000 insects a night, and the Bordeaux Wine Council decided to use them to take action.

In 2017, 20 chateaux began to monitor and record bat activity on their vines. An online bat observatory tool has been developed and some estates are promoting bat settlement by installing bat houses or leaving old cabins in place, creating watering holes and leaving grassy strips between the vines to welcome bats.

In the US they are used on cotton, corn, almond and walnut farms, and are said to save North American farmers billions of dollars every year.

A recent UK study found that 80 per cent of the diet of one colony of bats in East Anglia was the pea-leaf weevil, a pest of the pea and bean crop. Another colony relied on a pest of the oilseed rape crop for over eighty per cent of its diet.