Ringing the changes: why gong baths are coming to a gym near you

Miranda Kerr and Russell Brand are fans of the wellness fad that involves lying on the floor while someone hits a big plate. 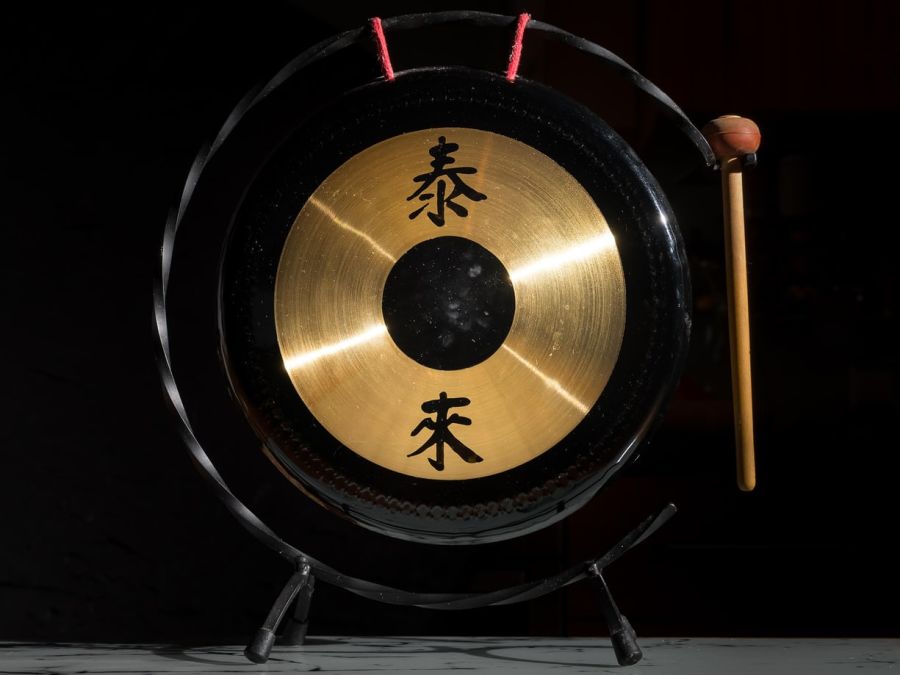 Blissed out sound … gong baths are ‘becoming more popular by the day’. Alamy

I first zoned out to a gong bath a decade ago in a north London yoga studio. I’d turned up for the yoga, but ended up blissed out to the sound vibrations, keen for another hit.

Back then, estimates Martyn Cawthorne, who runs the Northern College of SoundSmiths, one or two people a year were learning to play the gong and carry out sacred healing ceremonies, which were mostly invite-only; now, it’s more like 70 or 80. Courses at the College of Sound Healing, which has 40 tutors and 500 members, are booked up a year in advance. In short, you may soon spot “sound bath” on your gym class timetable.

“It’s definitely becoming more popular by the day,” says Cawthorne, who holds “gong spas” around Manchester, plus corporate sessions for brands such as Kellogg’s and Hendrick’s. Last year, he took his gong to six festivals. Gong baths are often part of kundalini yoga sessions, which Miranda Kerr loves, while Russell Brand has learned to play the gong and Robert Downey Jr is a fan. Popular sound healers include Leo Cosendai and Carly Grace, who has had 80 people turn up to her sound-healing concerts. Workout studio Psycle holds yoga classes that climax with a gong bath and health food personality Jasmine Hemsley this week begins a series of “crystal alchemy singing bowl sound baths” at the London Edition hotel and auction house Christie’s is letting go of its stuffy image by hosting a “seismic sound bath” on 15 January, led by multisensory experience experts Bompas & Parr.

Here’s what you need to know.

What actually goes on?

You lie on a yoga mat while the teacher hits a big gong. Crystal bowls and tuning forks may also be used for maximum buzz.

Won’t turning the radio up really loud have the same effect?

Not quite. “It’s not like hitting a drum,” says Simon Heather, founder and principal of the College of Sound Healing. “People have to be trained to build up the sound gradually, so it’s not too shocking for people. If you play the gong too loudly it creates white noise, which is used to torture people.”

Do I just lie there?

Pretty much, but make sure you switch off your phone. Gong baths are seen as a shortcut to a calm mind for those who find it hard to meditate.

Which bits of me will it heal?

There’s plenty of far-fetched pseudoscience associated with gong baths. Cawthorne says he would never advertise it as healing, but that people usually say they feel better in some way. Heather says the main effect is an “intense sense of letting go”.