For Candice Brathwaite, the journey to becoming a ‘mumfluencer’ and bestselling author has been exciting - but not always easy. By Sophie Morris 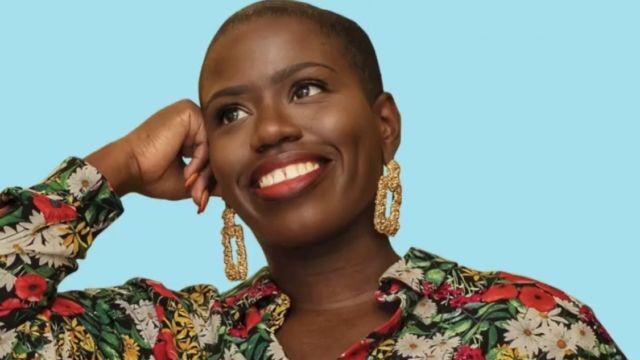 Six years ago, Candice Brathwaite was choosing between topping up the gas meter or buying nappies for her newborn, Esme. She was desperate not to repeat the poverty of her own childhood, when she saw her mother and two younger siblings lose their home and survive on meals of tinned fish and boxed rice.

Today she is a homeowner and her daughter says sea bass is her favourite food. “The child in me is screaming, do you know how lucky you are?” admits the 32-year-old “mumfluencer” and, since June, bestselling author.

I Am Not Your Baby Mother: What it’s like to be a black British mother (Quercus, £16.99) was published at the end of May and became an immediate bestseller. Brathwaite describes it as part memoir and part manifesto and hopes it will dismantle the “unfair and incorrect negative stereotype” of black mothers as “baby mothers”, meaning a mother of children whose father is absent.

The Brathwaite family - Londoner Candice, 32, her Nigerian husband Bodé, Esme and two-year-old RJ - moved out of the capital when the couple discovered their second child would be a boy. They wanted to raise him away from knife crime, but found themselves facing racism in their new home, a village outside Milton Keynes.

Because of this, Brathwaite has more reason than most to fear the start of a new school year next week. When Esme started school, another child refused to play with her because of the colour of her skin. Brathwaite felt the school was unsupportive.

“I’m sceptical and suspicious [of other parents] because of what happened,” she admits.

Esme has since moved to a different school. “She’s not forgotten it. A couple of weeks ago, when the Black Lives Matter movement was at its loudest, she was like: ‘Oh, so this movement is trying to fight against what happened to me at school?’” Now there are new worries to tackle, as children and parents adjust to schooling post-coronavirus “Parents are worried about the next stage,” says Brathwaite. “How do you communicate social distancing to a six-year-old? Even though Esme is six and I’m pushing 33, this is the first thing we’re all experiencing at the same time. This is new to me too.”

Covid-19 restrictions have also taught Brathwaite some things about her parenting. “I’m not a playdate mum or a Whatsapp group mum. I’m not into mummy gangs, but lockdown has shown me that I need to get better at that. Hopefully I’m going to go back in September with a more open mind,” she says, after a high-profile year. Late in 2019, she became embroiled in a blogger scandal which exposed the much-followed Mother of Daughters, Clemmie Hooper, as a troll who had engaged in bullying, sometimes linked to race, using a pseudonymous social media account. Brathwaite says that Hooper has never apologised for the racial nature of the comments directed towards her.

She has been blogging about black and diverse parenting for five years, and runs the community Make Motherhood Diverse. It has developed, she says, into a “social enterprise of sorts” through which women help each other.

One of the consequences, she says, of the narrow image presented of British parenting, all Breton shirts, shiny bobs and matching Bugaboos, is that other women are locked out of huge potential earnings in the digital sphere. “In Britain, you don’t see a lot of black nuclear families just going about their day and trying to enjoy life, so I think that in itself is activism.”

If you chase around the bitchier nooks of the internet you’ll find threads in which other women criticise Brathwaite for being too willing to advertise products and accept freebies. She isn’t coy about how she makes money. “I know some people get really shy when we talk about money. We can do the sisterhood hashtags and the ‘I’ve got your back, babes’ rhetoric until we’re blue in the face, but are people’s bills being paid, is there food on the table?” Why is black parenting different? As well as knife crime and classroom racism, Brathwaite had to consider which names weren’t too “ghetto” for her children while battling with healthcare discrimination. It wasn’t until after she nearly died of sepsis after an emergency caesarean section with Esme that she discovered that black women are five times more likely to die in childbirth than their white friends. Brathwaite had tried to draw attention to her infected wound but was ignored.

Her Instagram following has increased from 50,000 to 200,000 in six months. “I’ve been speaking about race and social injustice for years, so when you see your social media platform grow by 80,000 in a day, you do sit there and think, why have these people flocked to me and what is the expectation?” In response, she has put her own boundaries up. Last week, she changed her telephone number, and she listened when Esme said she had had enough of film crews visiting their home.

Hasn’t Brathwaite made a name from talking about her family? “I’m confident in my talents and gifts outside of my family,” she says.

Later, she qualifies this: “I feel like I’m in constant debate with myself I’m petrified of this being a dream, of the rug being pulled from beneath my feet.

“I have to remember that I’ve worked really hard. I don’t want to be on my way out and realise I’ve spent too much time worrying about things that didn’t come to pass.”

Candice Brathwaite is working with Haliborange, the UK’s No 1 kids vitamin brand, to help parents take the fuss out of lunchbox prep, making it simple and quick to put together a lunch that’s as tasty as it is nutritionally balanced. Recommended by nine out of 10 parents, Haliborange is available from Boots, supermarkets and pharmacies. haliborange.com