How can we stay motivated to exercise in the colder months? Sophie Morris asks the experts 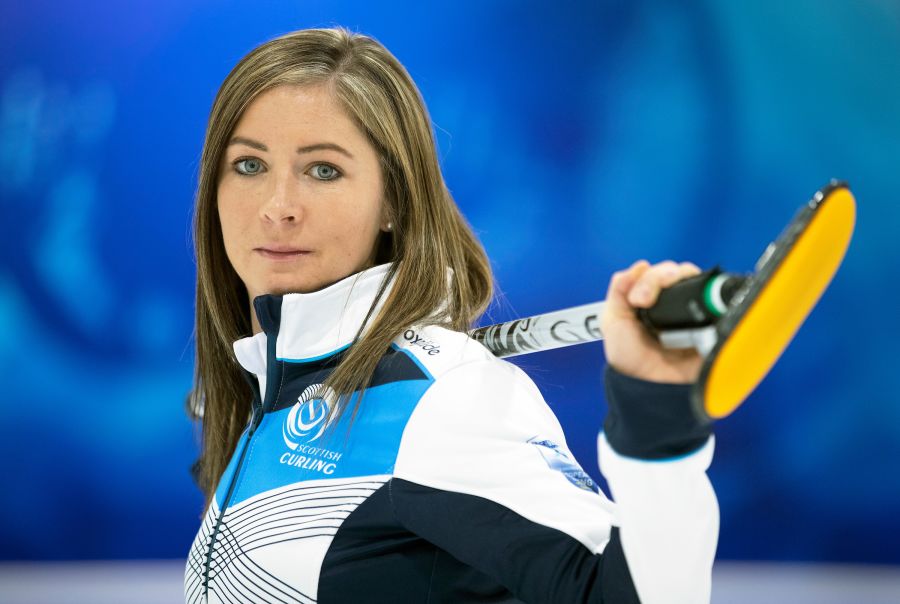 “It’s hard when you get up and it’s frosty outside,” admits Eve Muirhead, Scottish curling champion, Team GB Olympian and newly anointed MBE. “You start your session with your hoodie on, but before you know it you’re sweating loads, your hoodie’s off and you feel better for the rest of the day.”

There is a national push to fight obesity. Exercise alone is not a direct route to losing weight, but it burns fat and builds muscle and endurance, while healthy habits lead to healthier lifestyles all round. It will also warm you up on a freezing morning.

The Government is promoting exercise as a vital part of our day and it is still permitted during lockdown. Where before we were “too busy”, now most of us are free of commutes, post-work drinks and the impulse to grab a takeaway on the way home.

But with gyms and pools closed, we are limited. When it’s cold, dark and wet, where do we find motivation? Since early August, Muirhead has been on the ice twice a day as well as training in her home gym. “Through the winter, it’s important to keep going even though it’s colder outside, not only for your body but for your mind as well,” she says.

Born into a curling family on a Perthshire farm, Muirhead is accustomed to icy mornings and sub-zero nights, but at the moment she’s training for games that might not happen. The day before we speak, an event in Switzerland is cancelled. To keep going she has to maintain the mindset that big challenges, such as selection for the 2022 Winter Olympics, will go ahead as normal.

Get real Many of us beat ourselves up for feeling lazy or unmotivated, believing the rest of the world is hardwired to run pre-breakfast marathons. But the biggest mistake with any new exercise regime is trying to emulate someone like Muirhead. She is a professional athlete paid to train all day. She is not squeezing in a jog before hours of Zooming different time zones.

What’s more, laziness is in our genes. We have to work hard to “override ancient, powerful instincts to avoid unnecessary physical activity”, says Harvard professor Daniel Lieberman, author of Exercised: The Science of Physical Activity, Rest and Health.

Remarkably, a typical person only needs to fit in an hour or two of walking per day to become as physically active as a huntergatherer, he claims, yet most Americans and Europeans are far from achieving this. “What would my distant hunter-gatherer ancestors have thought of paying lots of money to suffer through needless physical activity on an annoying machine that gets us nowhere and accomplishes nothing?” Lieberman asks. “If, as you read these words, you are seated in a chair or lounging in bed and feeling guilty about your indolence, take solace in knowing that your current state of physical inactivity is an ancient, fundamental strategy to allocate scarce energy sensibly.” Move more This isn’t your cue to curl up until springtime. We do need to exercise because of the particular health problems propagated by sedentary Western lifestyles. But we don’t need to become triathletes. We don’t even need to give up our office jobs or buy a trendy standing desk.

Instead, we need to kick lazy habits in our free time. “Leisuretime sitting best predicts mortality,” finds Lieberman. You could go for a walk, it really does help weight loss, he says. Worried about your knees? It’s not the running which damages our knees, but running too much and without good form.

Group or solo training Lieberman has studied the tribes often referenced in research papers about better health. One is the indigenous Tarahumara people of Mexico, who became widely known for their long-distance running through the book Born to Run. Bizarrely, Lieberman found, they never train. But when he attends one of their races, he finds more of a fiesta, during which the winning team happens to log more than 70 miles. It isn’t an event testing speed or strength. There are no prizes or ceremonies. It’s an opportunity to gather and feast.

Lieberman maintains there’s no “optimal dose or type of exercise”, each works different parts of the body and mind and can work to prevent different diseases. “Exercise may be medicinal, but it is no elixir,” he writes before rattling through the extensive benefits of exercise on cancer, heart disease, dementia, and the rest. “More research will provide better guidelines beyond what is already clear,” he concludes. “Move for the sake of your mind.”

Exercise myths
There are 12 pieces of received wisdom we should ignore, say Professor Daniel Lieberman.
? We evolved to exercise
? It is unnatural to be indolent
? Sitting is intrinsically unhealthy
? You need eight hours of sleep every night
? Normal humans trade off speed for endurance
? We evolved to be extremely strong
? Sports = exercise
? You can’t lose weight by walking
? Running is bad for your knees
? It’s normal to be less active as we age
? “Just Do It” works
? There is an optimal dose and type of exercise