Mindfulness is booming - and available in Boots

Can digital chillouts help us in hard times? By Sophie Morris 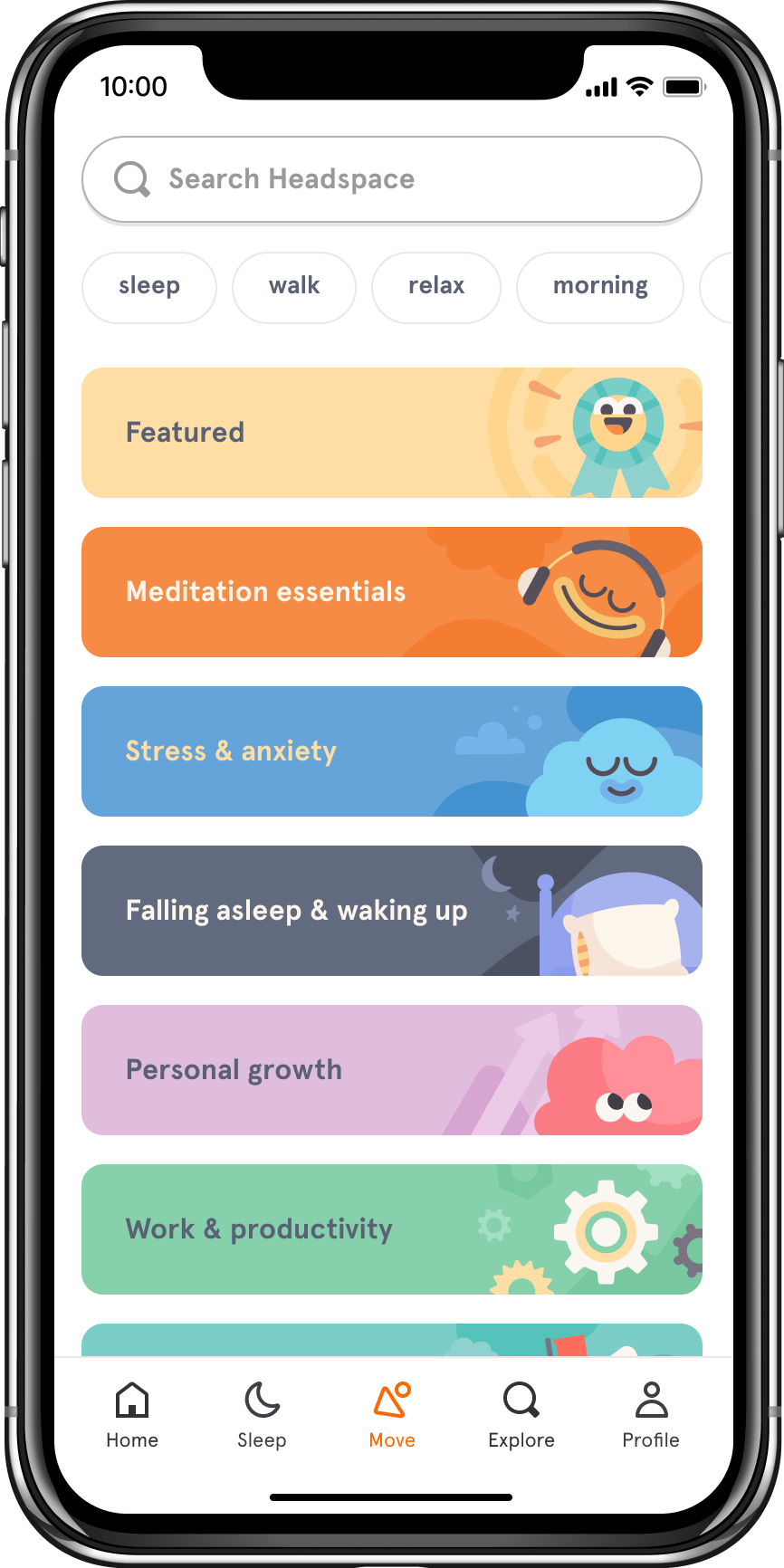 While we watch the world go bust, it’s boom time for the mindfulness industry. The digital mental health market was valued at $1.4bn (£1.1bn) in 2017 and is projected to reach $4.6bn in 2026, according to Zion Market Research.

Leading player Headspace has reached 65 million users around the world and celebrates its 10th anniversary this year. It was founded by Rich Pierson and Andy Puddicombe, two Britons now based in Silicon Valley, and is one of many successful mindfulness apps.

Calm, the other front runner, was also set up by British entrepreneurs, Michael Acton Smith and Alex Tew. It was recently valued at over $1bn (though the brand has expanded into some physical products). Buddhify, Reflectly, Breethe, Smiling Mind, Calmer You, Simple Habit, MindU… even Prince Harry is pitching in by creating, with Oprah Winfrey, a documentary series on mental health to stream on Apple TV. It’s big business teaching us how to chill out.

The lockdown numbers bear this out. Downloads of mindfulness apps have doubled since mid-March. Headspace has just launched gift subscriptions in Boots and £30 will buy you a six-month membership and the promise of reduced stress in only 10 minutes a day.

“As the world collectively takes steps to safeguard physical health and wellbeing, it’s important to take care of our minds,” says Renate Nyborg, general manager Europe at Headspace. “With social distancing and isolation measures, being away from family and friends, changing work environments, and constant uncertainty and negativity, it is normal to feel lonely, stressed, anxious and overwhelmed.”

Some Headspace courses have had a 1,000 per cent spike in users. In the UK, 10 times the number of people are following its Reframing Anxiety at Home workout. The Stressed meditation is being listened to six times more than before lockdown. Headspace has put together some pandemicrelated content and is providing free resources to NHS workers. Downloads have also doubled at Calm, which has created a hub of free content.

Are we right to be seeking mindfulness in an app? Or should we be trying instead to find this calm and headspace away from our phones? “Apps are a great way into something that’s incredibly valuable,” says Holly Sutcliffe, who began her decade of experience in mindfulness, yoga and meditation with Headspace. She has since founded Re:set School and works in the education sector helping teachers and students to benefit from mindfulness. “We need to meet people where they are,” she says. “It’s a method that fits the way we live. There’s greater depth achieved with in-person training, but that’s not possible for everybody.”

How can mindfulness help returning teachers and students? “I hope the Government and the exam boards give teachers the space and support to facilitate a considered, supportive transition for our young people,” says Sutcliffe. “Teachers can be as compassionate with themselves as possible, which will increase their ability to support their students. Self-care is collective care and those in caring and educational roles can be left extremely drained and depleted.”

“Mindfulness can be enjoyed in any waking moment,” says Maggie Richards, who co-wrote the meditations that launched the Calm app. “It invites us to notice ‘the little things’ and find a soothing simplicity where there may have been overwhelm or stress. The corporate world is increasingly aware of the need to extend a hand of compassion to staff by offering time to actively rest and restore their wellbeing at work.”

Sarupa Shah uses mindfulness to help clients with business and money issues. She says that money is the thing that causes the most stress. “The mere mention of the word ‘recession’ can send people into a panic, but out of negative stress you only grow more negative stress. Practising a mindfulness approach to money is going to support anyone who is finding that fears and uncertainty about their financial future are overwhelming.”

Are we being conned? The practice is sometimes derided as “McMindfulness”, after a book of the same name was published in 2019. Its author, Ron Purser, professor of management at San Francisco State University, asks: “What if, instead of changing the world, mindfulness has become a banal form of capitalist spirituality that mindlessly avoids social and political transformation, reinforcing the neoliberal status quo?” “History’s greatest acts of positive change have been done by strong, loving hearts and minds,” says Richards.

“Now, more than ever, we need to meditate and help heal the world. That’s the difference every one of us can make.”

I’m all for mindfulness but mine has improved since I ditched the headphones and tuned into real life.

How to be mindful Mindfulness involves sitting silently, noticing your breathing and physical sensations and the sensations of things around you, and acknowledging your thoughts in a neutral way without judgement.

Once you learn to do this, you won’t need an app. And purists say that hooking up to your phone and being talked through the techniques can distract from the process of calmly noticing what is around you.

But apps do provide a fast way to learn the techniques and remind you to practise them. Mindfulness appears to become more effective the more you practise - 10 minutes a day is what to aim for. You may then be able to continue on your own.

Professor Mark Williams, former director of the Oxford Mindfulness Centre, says: “Even as we go about our daily lives, we can notice the sensations of things, the food we eat, the air moving past the body as we walk. All this may sound very small, but it has huge power to interrupt the ‘autopilot’ mode we often engage day to day.”

For more information go to: bit.ly/2zE6IHN