More mothers have been reaching for a drink more often during lockdown but some have called time on booze. By Sophie Morris 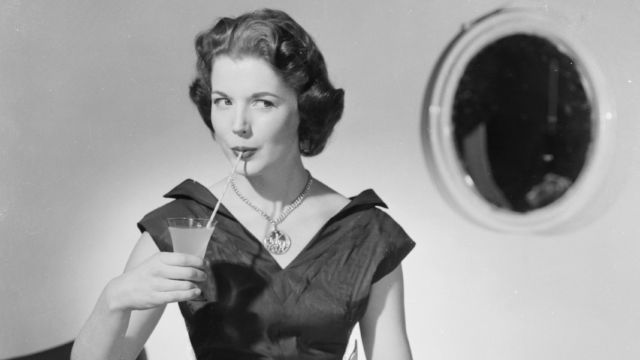 If there was one genre of internet meme that I really bought into as lockdown began it was mothers-driven-to-drink. This is not a new idea - it’s 270 years since Hogarth warned of the perils of Gin Lane. But it is a theme that has exploded culturally alongside the trend for honest - i.e. forgivably sloppy - parenting.

Pre-pandemic, I might have smirked at internet humour, but rarely shared it. By the end of March, I was forwarding videos of mums teaching fractions by filling and draining huge wine glasses, or sucking up boxes of plonk through straws as if drinking cartons of juice. There’s a reason this stuff has been rebranded as “mom juice”.

These gags were all embedded in British culture before the coronavirus came along and made them even more pertinent. Three recent parenting comedies - Sharon Horgan’s Catastrophe, Australia’s The Letdown and Canada’s Workin’ Moms - all show new mothers in pubs and cocktail bars, emptying bottles with girlfriends and desperately trying to get the baby on a schedule so they can go out and drink.

The words “wine” and “mum” have become as inseparable as gin and tonic, and the fast-churning industry aimed at this demographic is supported by a legion of literature, online communities and pun-filled greetings cards. The punchline? Permissibility.

We all know Britain has a drink problem, how normalised, even glorified, excessive drinking has become. Whereas Bridget Jones threw back chardonnay in a wine bar, we’re lining up modish aperitivos to accompany afternoon Zooms. Shouldn’t these habits ease up with parenthood? On the contrary, we’re told that parenthood requires more booze. When my daughter was a baby, every meet-up I had with the other new parents in my NCT group was in the pub.

If, like me, you’re around the age of 40, you probably started drinking in the 90s, just as ladette culture peaked. Yet the key icons of that time - Kate Moss, Naomi Campbell, Zoe Ball and Denise van Outen - are all now sober.

When I consider my own friends, the numbers who reach for Seedlip over sauvignon these days is a fairly even spread. It is not helpful to pit women against each other. But #winemum and #sobermum are serious rivals these days, especially as we emerge from lockdown.

A number of summer memoirs tackle the caricature of the drunk mum head on.

The journalist and mental health campaigner Bryony Gordon this month published Glorious Rock Bottom, the story of her journey from professional party girl to alcoholic mother. Her tipple of choice was the “sour fruit” of ale. She used to view cocktails, she writes, as “alcoholic drinks for people who didn’t often drink alcohol, who saw it as a treat that needed to be turned pink or blue or be decorated with a parasol”.

The Hungover Games by Sophie Heawood is the tale of the journalist’s high times reporting on Hollywood celebrities, before an accidental pregnancy brought her back to London to raise a child and juggle flirtations with lactation as a lone parent. When discussing the relative merits of Britain and the US with a friend, Heawood reports her friend’s conclusion: “It’s bollocks when they say Americans are friendlier than us, because the people I’ve met in New York would never look after you if you drank 10 pints and shat yourself. They’d think you were a loser.”

Is it possible there is something about the lifestyle of a writer that lubricates the chute towards problem drinking? Lockdown habit I could have sought solace in sourdough as I turned 40 in March. But my synapses favoured a different ferment. It made sense to pour the first glass as the country awaited each daily coronavirus briefing in the late afternoon. By the time I fed my daughter, now aged four, I would be on at least my second.

During lockdown, my husband and I split the childcare and he preferred the early shift. This meant I could stay up drinking white wine and watching Love is Blind - a combination, I reassured myself, that equalled serious self-care.

The internet was divided about whether this was a period for extreme creativity or total hibernation. I focused on tidying my cupboards and created a spreadsheet to log what they held. We had a lot of wine in the house, given my aborted 40th birthday celebrations, so access to alcohol wasn’t a problem.

Then the Government listed offlicences as “essential” shops. When a friendly local sommelier began doorstep deliveries of an 11.5 per cent vinho verde, I was all set for April and May.

Four months on, I discover that I am a statistic. According to a report from Public Health England, half a million of us have increased our drinking during lockdown, while the number of women who consume more than 50 units a week has doubled (to 2.8 per cent).

An investigation into lockdown drinking from the Institute of Alcohol Studies attempts to decipher the many surveys from this period. The Alcohol Toolkit Study found that 38 per cent of drinkers were considered “risky” in April 2020 compared with 25 per cent between April 2019 and February 2020. The fact that a quarter of all drinkers are entering risky territory at any time is alarming. That’s one out of the four mates you regularly enjoy a pint with. And that was before the arrival of Covid-19.

YouGov’s Imperial Global C19 study found that, since the start of the lockdown, more people were drinking on five days or more each week. This behaviour was more prevalent among - guess who - the parents of under-18s.

Does drinking make you a bad parent? The actress Anne Hathaway would probably argue yes; two years ago she declared a plan to spend 18 years sober while she raised her son.

Heawood’s take is interesting. The Hungover Games isn’t an alcoholism or sobriety memoir but a tender and hilarious account of her life as a single mother. She writes that the fakeness of LA life had led her to drink. “I felt a strong urge to be honest everywhere and about everything, which is probably why I drank.”

Then comes the love story with her unexpected daughter. She muddles her way to a more sustainable way of living, one where she has clean knickers and knows what PE kit looks like.

One way Heawood attempts to become more parent than child is to tone down the partying that had led, inevitably, to the “hungover games” the book is named for. She wonders if her daughter will miss those years of “trying to find a way to play while my head throbbed with my stupidities from the night before”. Gordon is certain her daughter will not miss anything about her drinking. Without the book, would Edie even know her mum was a drunk? Gordon’s shame was such that her rules - never drink before 7pm or in front of the child - enabled her, because this modicum of self-control “proved” she wasn’t an alcoholic.

Despite writing weekly columns, three previous memoirs and running marathons in her knickers, Gordon found time to get smashed every other day. “Plans that involved not drinking rarely made it past the early light of day,” she reflects.

One summer she agrees with her husband that she will quit drinking when their daughter begins school that autumn, and realises that, in the few weeks of drinking left to her, she must “destroy myself to have any hope of rising again”. The result is rehab.

Glorious Rock Bottom tells how bone-suckingly hungry she is for sobriety, how hard (and expensive) it is to get there, and what a wonderful place it turns out to be.

Sobriety movement This is the point that many sober women seem to want to communicate to growing audiences online and off: sobriety is as sparkling as any champagne! It will hurt, but it will also set you free.

To find out how, read We Are the Luckiest: The Surprising Magic of a Sober Life, by American writer Laura McKowen, published as the pandemic spread to Europe. Her own glorious rock bottom was leaving her young daughter alone overnight, in a hotel room after a wedding. At least she hoped that was rock bottom. But she spent the next year really scraping the barrel before getting sober for the long term.

As hellish as the route to this revelation turned out to be, what she discovered was that, once she was sober, everything she had ever wanted to do or be “burst forth like a tidal wave. It was as if everything I’d been tamping down with alcohol crashed forward.”

McKowen was a high-earning marketing director. She was also a marathon runner and a yoga teacher. How could she also be an alcoholic? Holly Whitaker, a contemporary of McKowen’s, published Quit Like a Woman in January, following the launch of her “modern recovery company” Tempest, formerly Hip Sobriety.

The book is subtitled “The radical choice not to drink in a culture obsessed with alcohol” and Whitaker’s method is purposefully distinct from Alcoholics Anonymous and its equally revered and hated 12-step programme. This is part of a backlash against AA’s dogmatic approach, as some argue that the steps were created for God-fearing middle-aged men.

Whitaker says we don’t need to strictly or medically identify as an alcoholic or addict to explore our relationship with alcohol. There’s no need to plunge all the way to rock bottom to change tack, and Gordon and McKowen show it isn’t a pleasant place to be.

Instead of being a fun drunk, you can find your edge in sobriety. You’ll be in good company. Whitaker’s online publication The Temper has an article called “30 Powerful Women’s Recovery Memoirs to Inspire Your Own Journey”. If three is a publishing trend, 30 easily makes a genre. This movement isn’t peopled by #sobercurious twenty-somethings who have never woken up at the end, perhaps the wrong end, of a train line. It comes from the many women and mothers who find that drinking is becoming a real drag.

“Women are fed up with being spoon-fed an idea that alcohol is a healthy and necessary part of every facet of our existence, from dating to sex to motherhood to business dinners to celebrations to book clubs,” says Whitaker.

But plenty of us feel no hurry to explore sobriety, even the kind with a feminist tinge.

Katie Kirby is the creator of Hurrah for Gin, “a real and humorous account of parenting young children”. In photos, Kirby has the sort of sparkling skin and eyes that tell me she does not have a drink problem, but her stickman illustrations and astute slogans have given me many a belly laugh. Kirby is documenting a trend that is fun and honest, an antidote to the real and rage-inducing daily stresses of parenting.

FAST FACTS THE GENDER GAP Men drink more than women overall, but studies suggest that, in younger generations, the gap is closing. Among people in their twenties, women drink as much as men do.

About half of women of childbearing age drink, and 18 per cent of this group binge drink, according to US research.

Women are more affected physically by alcohol than men.

Women take a shorter time than men to become dependent on alcohol, US research shows.

Women in their thirties and forties are the group most likely to have increased their drinking to dangerous levels during lockdown, according to research by Public Health England.