Nobody told me how full on a puppy is

Cute pups have joined British families in record numbers this year, but many households have been in for a rude awakening. By Sophie Morris 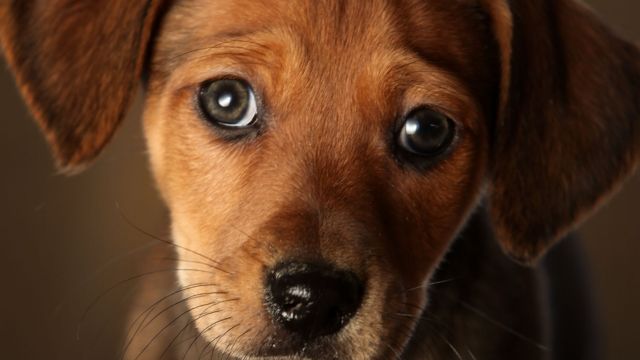 Cheryl Fianko is the mother of five sons, aged between three and 20, but this wealth of parenting experience didn’t prepare her for the family’s new “baby”.

Six-month-old Sage, a Staffordshire Bull Terrier-cross, is the puppy all her boys have been begging for over the years. Fianko, 36, felt the conditions of 2020 were ideal for buying a puppy for her family - like 2.2 million other British households this year, if figures from a recent survey of 2,001 people by Opinium for the insurance company Direct Line are to be believed.

They have boosted an already mighty population, as it was estimated in 2018 that 9 million UK households had a dog, according to the RSPCA. But many owners find it a bigger challenge than they expected.

“Nobody told me how full on a puppy is,” Fianko tells i, four and a half months in. “They’re so much more difficult than a newborn baby. One night I was up so much with him I passed out.”

Reggie to welcome Sage into their home while struggling with confidence herself.

“I almost crumbled,” she recalls. “I’ve never had a dog before and I’m scared of most dogs, but we knew it would be good for the children.”

Luckily, puppy trainer Louise Glazebrook (inset) came to the rescue, and now Fianko is a confident puppy owner and Sage is making friends with new dogs in the park. “Louise’s tips worked instantly and turned it into a routine rather than a chore. Before you knew it, Sage was on his way again.”

Even though Fianko researched and developed house rules for Sage before he joined the family, and made sure everyone was on board, she still struggles. She describes raising five boys as “pretty chilled” in comparison.

In the series we also meet Great Dane puppy Shelby, who is joining a home already ruled over by Mr Cooper, a three-year-old dachshund. Once the pair have settled their differences we are introduced to Shelby’s huge appetite. He drinks three litres of water and one of milk every day, and what goes in There’s also Border Collie pup Meg, heading for life as a sheepdog for ambitious teenage farmer Victoria. “The dog’s looks, be they uber cute or cool, are the last thing to worry about,” advises Vanessa Holburn, author of the new book How to Pick a Puppy.

“Rather than approach the decision from the angle of what you want from the dog, consider what you can give. Make an honest appraisal of the type of home you can offer and choose a pup that fits with it.”

Although puppy sales are up and prices are soaring, with pedigree breeds that might have cost around £1,000 going for upwards of £3,000, animal rescue charities fear that stress, strapped incomes and a lack of preparedness for pet owning will lead to an increase in abandoned animals as the months pass.

“The most common mistake is not doing enough research,” says Holburn. “Kennel Club figures show that one in four UK puppy buyers took less than two hours to decide on their pup. That’s just not enough time for a pet that will likely live with you for over a decade.”

Fianko, for example, didn’t research breeds but characteristics to find a dog which could thrive within her active family. “I knew I didn’t want a dog who was irritated by children or noise, and Sage will go out for walk after walk.”

Finding a puppy ethically is also important, says Holburn. With increased demand, the problems of puppy farming and dogs stolen to order are also rocketing.

Holburn helped campaign for Lucy’s Law, which came into effect on 6 April and bans puppy sales from third parties. Dogs must be bought direct from a breeder or adopted from a rescue centre and there are tougher penalties for animal cruelty.

“Unethical breeders have always been a problem,” she says. “The Lucy’s Law campaign simply brought this into the spotlight. Bulk breeding of puppies purely for profit is not illegal and so the only way to stop this is buying responsibly. Where there’s money, there are people prepared to do whatever it takes to get it.”

‘12 Puppies and Us’ begins tomorrow on BBC Two at 8pm

Finding the perfect puppy Useful tips to think about

Take into consideration the size, location and characteristics of your home and the type of people that live there. Are you a large, noisy family? Do you have a small but secure garden? Do you live near green space or a city centre?

Be realistic about how much time you can dedicate to your dog in terms of company, exercise, training and grooming.

If you are having problems you should speak to your vet and/or find a qualified trainer or behaviourist to identify what you need to do.

If you cannot give the dog what it needs, then rehoming it responsibly is the next best thing. This means contacting a reputable rescue facility and giving up your pet with a full and honest history.

Do not pass your dog to a wellmeaning friend or family member and do not advertise it on Facebook. Also, do not dump your dog, as one without any history will be harder to rehome.

‘How to Pick a Puppy: An Ethical Guide to Choosing the Perfect Pet’ by Vanessa Holburn (Little, Brown, £12.99) is out now