Shall I be mother? 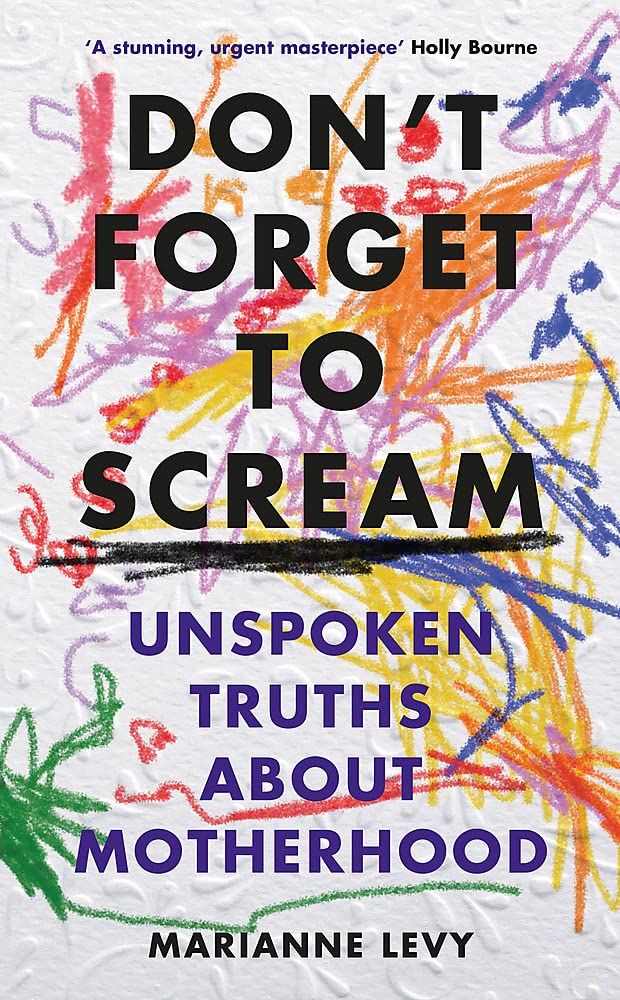 After a long and traumatic labour with her first child, Marianne Levy makes a terrifying discovery. “I will never be alone again the baby could not be left, any more than I could pull off one of my own arms.”

As her daughter grows and Levy goes on, “amidst the wreckage of my former self”, to have a second child (a boy, by planned C-section, who is rushed to the newborn intensive care unit on birth), she is, of course, able to leave them, physically, for short stretches of time. But she is never really alone. If anything, the reality of her lost independence is compounded. “Maternity leave is not a holiday. It is not a convalescence and it is not a job It is all the contradictions of motherhood at once. It is never being alone and being lonely as hell. It is crying with love for the tiny person in your lap and simultaneously wanting to hand the baby over and run away to Paris, or Sydney, or Mars.”

Levy, this newspaper’s children’s books critic, is not inviting you to her pity party. Don’t Forget to Scream is a memoir, in essay form, of her experience of childbirth and early years parenting. It is a courageous account of tokophobia (fear of childbirth), a “trashed vagina”, laughing consultants and a career squashed into a series of brief sessions. But where much of early parenting is slow, repetitive and relentless,

Don’t Forget to Scream is bursting with urgency, both pocket therapy for parents and a keen appraisal of the desperate bind of contemporary motherhood.

Levy tells her story with a light touch, an exhausted heart and bright rage. She notes the pleasure, humour and sackfuls of love that exist alongside the sleep deprivation and fury, but more weight is given to the gruelling aspects of motherhood, the hidden spaces, from the politics of sleep training to snipped perineums, the lack of decent paternity leave provision and the ethics of having children at all given the environmental toll.

As a new mother, she found, consistently, that nobody wanted to listen, even when she was telling a friend that she couldn’t last another day. “These emotions among new mothers are common enough that they simply do not register,” she later realises.

This defiant grappling with the state of motherhood holds the essays together. Her message? A show of solidarity, the radical act of reporting from the front line of domestic agony, and a request that we talk more. Make it acceptable to discuss fear and failure as well as baking and bunting.

Levy is far from the first to write of the downsides of having a child. Twenty years ago, Rachel Cusk broached the topic with A Life’s Work and was shocked by the personal attacks from critics. More recently, Clover Stroud, Candice Brathwaite, Pragya Agarwal, Sophie Heawood, Hollie McNish, Emma Jane Unsworth, among many more, have added their voices. Each expert witness brings credibility to the argument that we should stop colluding in the punitive, limiting and misogynistic aspects of modern motherhood, and work towards a culture of openness, respect and support.