The days are about to get shorter, but, as one author tells Sophie Morris, darkness is vital 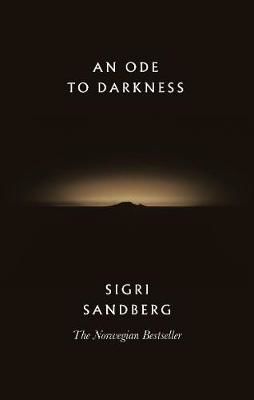 In Norway, land of the polar night, it’s tough to admit you’re afraid of the dark. But being alone in the black veil of night-time has always terrified journalist Sigri Sandberg.

Yet one December she decided to spend a week alone in her mountain cabin, rubbing noses with darkness as she sought to come to terms with it.

“I was fascinated and frightened,” she recalls, “and wanted to find out more about the phenomenon, and my own fear. I thought, hello Sigri, now you are a grown-up and have two kids, now it is time to manage to be alone in the dark in the mountains.”

She also realised that, despite her fears, she was yearning for something that only the night sky can bring. “I was longing for the stars. In the city they are so pale and depleted. The city roars and shines and blinks. Even in the winter, even when it is dark, it is still light.”

Sandberg (inset) believes that the planet has reached near saturation levels of artificial light. Our constant exposure to blue LED light is damaging our sleep, health and sanity. As well as testing her fear in her week in the cabin, she wrote an account of the experience, An Ode to Darkness, which was an instant hit in Norway, exploring the dark’s significance to human life on Earth - past, present and future.

There are different kinds of darkness, and varying qualities of night, something those who live in the far north of our world know the most about. Though afraid of the dark, Sandberg has spent long periods immersed in it. When she was growing up her family moved around, but they kept a cabin in a place called Finse, a mountain village 195 km northwest of Oslo, between coastal Bergen and the Norwegian capital.

Finse became accessible thanks to the opening of the Bergen Line in 1909, a project that cost the country’s entire state budget that year. At 1,222 metres above sea level, it is the highest railway station in Northern Europe, and it was here that Sandberg learnt about the sky and the stars, within the safe embrace of her family.

In Finse during the winter there are around 17 hours of darkness each day. In December it gets dark at around three in the afternoon and there is no light until nine the following morning. Sandberg has also spent eight years working as a journalist in Svalbard, an archipelago in the Arctic Ocean, halfway to the North Pole. There you’ll find polar night, where the sky grows as dark in the middle of the day as it does at night-time.

“Finse was more than dark enough for me and my fear,” she explains. “There are no street lights there. And no light pollution at all. Both when the light fades in the afternoon and when it comes back in the morning it is a really slow and beautiful process. And when there are no clouds the world could be deep blue for hours.”

“At night,” she writes about her home city of Oslo, “the light from Oslo reaches 150 to 200 kilometres out of the city in every direction. This makes it difficult to see the night sky properly here - and impossible to see the Milky Way.”

Sandberg describes her week in Finse with daily diary entries interspersed with Norwegian customs and folklore and personal memories of her past encounters with darkness and the stars. One terrifying anecdote recalls the time, a few years earlier, when Sandberg was skiing across a lake and sank under water. She knew she had only a few minutes before her body would go numb, and that she mustn’t panic.

She was with a friend, who was able to help her out. She explains that if you are trapped under ice, you should swim towards the darkest point, because ice is light and the hole you fell through will be the dark spot.

“I hope we can open our eyes to the dark and to the importance of it,” says Sandberg. By the end of her week in Finse she hasn’t so much overcome her fear of darkness as accepted how vital it is to support all the other ingredients of a healthy and happy life.

‘An Ode to Darkness’ by Sigri Sandberg, translated by Sian Mackie (Sphere, £12.99) is out now Dark matter Sigri Sandberg posits that the absence of darkness in our lives can have terrible consequences: ? According to Sandberg, we lost an average of 1.5 hours of sleep a night when the incandescent lamp was introduced widely over a century ago. Today we rely on energy-efficient LED bulbs and keep the lights on round the clock. Many of us carry the principal culprit, a smartphone, to bed with us, checking it before bed, at night if we wake, and first thing in the morning.

? Sleep disorders are soaring all over the world. Many put this down to our growing inability to produce the sleep hormone melatonin. Our brains aren’t getting the message that it’s dark. It might be night-time, but you’ve walked home down a well-lit street, come inside and watched some television, then enjoyed a little social media screen time before you close your eyes.

? It is well known that night-shift workers experience ill-health. Dark therapy is a growing area of research, and Norwegian doctor Tone Elise Gjotterud Henriksen has created orange glasses to shut out blue light, which could help everyone from night workers to those with ADHD.

? Light pollution affects all life, in particular insects. There are twice as many humans as there were 50 years ago, and half as many insects, yet researchers doubt we’d last more than a few months if they disappeared entirely.