Celebrities and environmentalists are supporting offsetting as the best way to manage our growing emissions. Can it really save the planet? 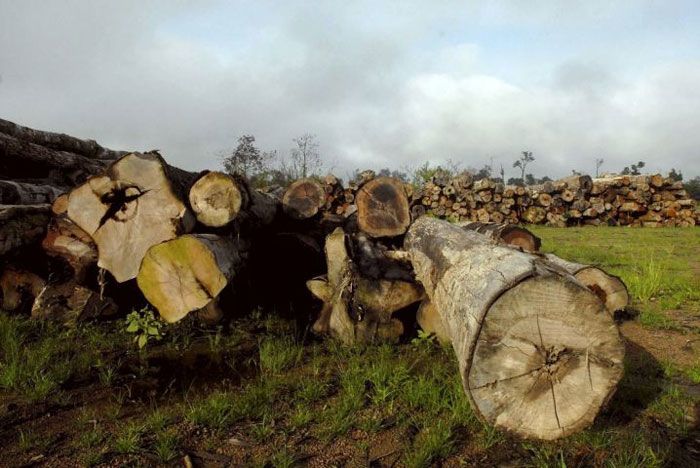 Illegal logging in the Amazon, Reuters

It all started with Sting, this fad for owning one’s very own patch of tropical rainforest, though it is probably unfair to blame him entirely for creating the boom industry that buying up forests piecemeal has become.

It is 20 years since the musician first set foot in Brazil and pledged to fight the cause of the Yanomami Indians, setting up the Rainforest Foundation to protect forests and their indigenous inhabitants.

Today, protecting forests has acquired a more international purpose. Climate change, rather than assuring the livelihoods of local people, has become the issue.

Celebrities and politicians, and many others just in search of a quick buck, are falling over each other to advocate plant-a-tree conservationism as a salve to global warming.

Sienna Miller, Tony Blair, Josh Hartnett, Desmond Tutu and Prince Charles all endorse Global Cool, an initiative that encourages individuals to reduce their carbon emissions by, among other things, buying a “tonne of cool”. David Cameron has proudly owned up to offsetting any flights he takes by making a donation to Climate Care, which calculates the cost of the carbon your flight has pumped out and does good stuff, like planting trees, to right the wrong. Sir David Attenborough is a patron of the World Land Trust, which is currently offering to “save a whole acre in perpetuity”, for just £50. However, critics say that there can be no ultimate guarantee of the future of any piece of land.

The wealthy financier Johan Eliasch, who advises Gordon Brown on deforestation and green energy, provoked the ire of the Brazilian government with his purchase, in 2006, of 400,000 acres of Amazon rainforest. “The Amazon is not for sale,” said the Brazilian President, Lula da Silva. Eliasch then joined forces with Frank Field MP, and launched a grand treebuying plan called Cool Earth late last year.

Cool Earth stresses that it “leases” rather than buys land, to keep it safe from eager logging companies. Its website explains that saving one acre of endangered rainforest keeps 260 tonnes of carbon safely “locked up” within the forest itself, unable to escape and pollute the atmosphere.

Whoever owns the land or the trees, this method of “capturing” or “locking” carbon into forests is not going to have the knockon effect of saving the planet. Cool Earth does not claim explicitly to be in the offsetting game, but the carbon that it claims can be “locked up” in one acre of forest would offset 30 round-trips to Rio de Janeiro, say. For the environmental groups Greenpeace and Friends of the Earth, this forestry offsetting craze is acting as a smokescreen, and detracting from real solutions to escalating emissions.

“Taking a dodgy accounting proposition, which is that you can somehow identify the amount of carbon that any given new bit of forest picks up out of the atmosphere and sequesters, and make that correspond somehow to emissions elsewhere,” is how Greenpeace sees carbon offsetting, according to its senior climate adviser Charlie Kronick. “It can’t be done. The methodology is poor, and the logic isn’t very good either.

Once the carbon you’ve put in from fossil fuels is up there, nothing is going to make it go away.” Friends of the Earth’s Marie Reynolds points out that not only is offsetting no substitute for real emissions cuts, but there is no guarantee, when you plant a tree, what the future of that tree will be.

Robin Oakley, Greenpeace’s climate and energy campaigner, agrees: “The issue with offsetting is that, fundamentally, it doesn’t undo the damage done by carbon pollution. The vast number of players in the offsetting market are not reducing emissions in any accountable or measurable way.” In some cases, local people, far from benefiting, suffer when huge new plantations spring up. Survival International campaigner David Hill says: “Numerous reports show how indigenous peoples have suffered as a result of carbon projects: invasion of their land, evictions, the destruction of villages and crops, reduced access to or destruction of traditional resources, and violent conflict.” Offsetting is popular because it makes people feel much better about taking long-haul flights or driving gas-guzzling vehicles.

“They are being misled,” says Oakley. “Most carbon offsetting companies are making a killing.” Climate Care, the company David Cameron pays his green-guilt tax to, has recently been bought by the investment bank J P Morgan. In the credit-crunch climate, any new acquisitions are thought through very carefully, and only the most watertight pass muster. This move suggests that carbon offsetting is currently considered one of the most risk-free industries around.

Very few not-forprofit offsetting companies exist. Myclimate is one, and only uses “Gold Standard” offsets, a strict set of criteria for measuring where the money is going, drawn up by a number of international campaigning organisations.

Since last year’s conference in Bali to discuss how to take climate-change proposals past the Kyoto Protocol agreement, the Environment Secretary Hilary Benn has been working on a certification system to keep carbon cowboys out of the market. Redd - reduced emissions from deforestation and degradation - is the UN’s proposed trading mechanism, which aims to pay countries not to cut down their forests.

“Turning the forest into just another commodity is not going to protect the climate or the lives of the people who live there,” says Kronick. Surprisingly, perhaps, Greenpeace is in favour of extracting ‘Once the carbon that you have produced from fossil fuels is up there, nothing is going to make it go away’

value from forests in other ways, such as the deal that was recently hammered out between Guyana and Canopy Capital, a group of British financiers to protect the Iwokrama Forest last week. The Independent first reported a plea from the Guyanan President, Bharrat Jagdeo, last November, to structure exactly this type of deal for all of Guyana’s forests.

Michael Woods, a partner in the law firm Stephenson Harwood and head of its environment department, oversaw the deal. “It focuses on eco-systems services and the value a forest provides,” he explains. “Rainfall is the best example. Without the trees, the eco-system will not produce the rainfall that then benefits other parts of South America, even as far as the American Midwest. It’s a global utility service on which agriculture relies, and its value should be recognised.” However, this sort of protectoral behaviour, especially when overseen by foreign advisers, provokes worried disapproval from many green corners, giving rise to cries of neo- or eco-colonialism. “If there’s going to be financial compensation for eco-systems services, which recognises that they provide a service other than locking up carbon, it should be for the people who live in those forests,” says Kronick. “How do they get a share of the proceeds? How do you preserve national sovereignty, so that under the banner of climate change it doesn’t become a kind of eco-colonialism?” “This is not about buying land or trees,” says Andrew Mitchell, a director of Canopy Capital and an experienced conservationist. “It is about trying to put a new value on forests for countries such as Guyana that are not destroying their forests. We need a new economic paradigm that values them, so that there’s more of an incentive to leave them standing than cutting them down.” This sort of deal is in its infancy.

It is described by climatechange specialists as “avoided deforestation”, and similar projects should be rolled out in the next phase of the Kyoto Protocol. Other countries are already envious of Guyana’s pioneering deal. Indonesia, Brazil, Papua New Guinea and the Democratic Republic of Congo would all benefit massively from similar arrangements.

Despite the potential quagmires over forest ownership, Greenpeace is in favour, because safe-guarding a forest, as well as ensuring the livelihoods of its inhabitants, has a real effect on climate change. “It is like sticking a cork in an industrial process,” says Kronick. “It is taking one of the sources of climate change - deforestation accounts for up to 30 per cent of total carbon emissions in the atmosphere - and removing it.

“It must be a part of whatever solutions we come up with for climate change.

Protecting forests is one of the smartest things that we can do.”

The people who live in forests are the first to be hit by their destruction.

Survival International and the Forest Peoples Programme help indigenous communities to protect their rights to manage and control their own habitat.

www.survival-international.org www.forestpeoples.org Rather than “buying your cool” (carbon emissions) back from suspect sources, Global Cool has suggestions for reducing emissions in real terms: turn the heating down; switch appliances off at the mains; use an energy supplier that invests in renewables www.globalcool.org Don’t forget that conserving forests (as long as they’re not ring-fenced and the local people pushed out) is a good thing, and lots of organisations who have jumped on the offsetting bandwagon started out in straightforward conservation. The Woodland Trust estimates that, for a £2.75 monthly membership fee, it can “protect and care for” half an acre of native woodland.

They won’t sell you areas of woodland, but you can have spaces dedicated to a loved one. As there is no major problem with deforestation in the UK, this saves ancient woodland, but it won’t stop climate change.

www.woodland-trust.org.uk You could still pay for offsets, but check you are giving your money to a not-for-profit organisation that is selling Gold Standard carbon offsets, such as myclimate. Don’t expect your money to save trees; most of the Gold Standard projects involve switching communities from fossil fuel to other types of power.