The ugly reality of period taboos

Ruby Raut, who grew up in Nepal, created the UK’s first period pants to change the narrative of shame around menstruation that she saw in her home country 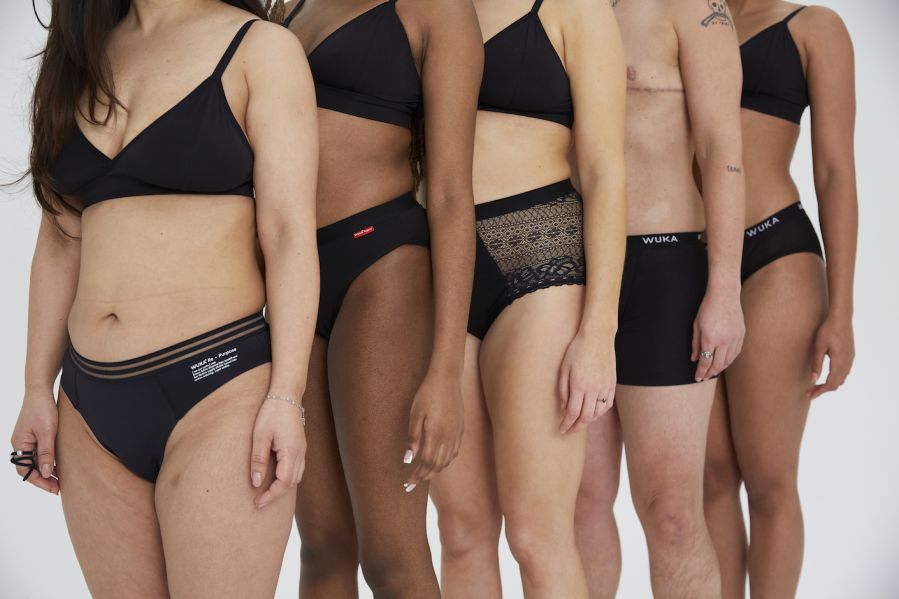 “When I had my first period,” recalls Ruby Raut, who grew up in Nepal, “my mum said I had to go to my aunt’s because my dad could not see me.” At first, Raut liked the idea. “I thought I could hang out with my two cousins, and that it would be fun.

“But when I got there it was very different. I had my own room and no one was allowed in, not even my cousins. They brought me food, but never by hand. It was always passed on the floor like you would do with a prisoner. Why would they do such a thing?

“It’s a horrible thing to happen when you’re only 12 years old.”

Raut, now 33, already knew a little about periods: when her mother was menstruating she wouldn’t go into the kitchen or sleep in the marital bed – she would come and sleep in her daughter’s bed instead. “I grew up seeing everything but not realising there was so much wrong with everything we were doing. Those were the rules, but with me everything changed.”

Raut was brave enough to refuse to go to her aunt’s the following month. Her mother accepted this, as long as she followed the rules at home, and Raut remembers how caring her mother was in trying to help her daughters deal with the pain, although she didn’t permit painkillers.

What Raut experienced was a form of “chhaupadi”, a menstrual taboo that banishes women from normal activities during their periods, when they are considered “impure”.

In some communities, where more extreme versions of this practice are observed, women might still be sent to live in an isolated hut for the duration of their period. “It might be a tiny hut you have to crawl into, or a nearby cowshed,” Raut says.

Chhaupadi was outlawed by Nepal’s Supreme Court in 2005, but Raut, who moved to the UK aged 21 and is now married and living in Hertfordshire, says it still persists.

“If you look at the far western part of Nepal (I grew up in the east and then came down to the plain) most of the girls and women are sent to a menstrual hut. There are different levels of chhaupadi all around Nepal, but even now in Kathmandu they don’t go in the kitchen, or [don’t] sleep in the same room – chhaupadi means to be away.

“It’s a strong mindset. People believe something bad will happen if you don’t follow the rules.”

At its most extreme, it puts women’s lives at risk, Raut says. “Women are dying because of their periods. Every year you hear of some girls or women who have died because of chhaupadi. Women might try to keep themselves warm [in menstrual huts] and suffocate from the smoke. At other times they die from snakebites. NGOs have told me there are a lot of rape cases going unreported.”

Even without chhaupadi many girls suffered from stigma around menstruation. Without adequate sanitary products, they were prone to embarrassing accidents such as rags and pads falling out. This happened to Raut while playing basketball, which put her off sport for a while.

“My mum gave me her own saris, cut into pads, and said, these will be your period products for the rest of your life. They are super sustainable, but we never had fitted underwear, it was all one size. Whenever you did sport, the pad would fall out of your pants.

“Everyone came up with different ideas for how to secure the pad. We started wearing multilayered underwear, or a belt around the pants to make them more secure. I would use a safety pin, but they do come undone and prick you, in your vulva. Or we’d wear tights when it was so hot, 40 or 45 degrees.

“At 14 or 15 I started seeing Whisper, a brand of pads from India, promoted on movies and television and I remember going to a shop as a 16-year-old and I thought, this month I’m going to invest in having a comfortable period. That shopkeeper wrapped the pads in seven or eight layers of newspapers.”

Then there was still the problem of disposal. “When I took my pad off I didn’t have anywhere to throw it, there were no bins in the house. You either bury it or burn it and being plastic it would make a horrible smoke. And my mothers and grandmothers would say don’t leave your bloody cloth pads outside or someone will see you and do a voodoo and you will be infertile. When people wash their cloth pads they don’t dry them outside, they dry them under the bed.”

It was these experiences that led Raut to found the UK’s first period pants company, Wake Up and Kick Ass (WUKA). She is also a global campaigner for sustainable period products.

While studying environmental science at The Open University, she learned how to thread a sewing machine and began stitching pads into pants, testing as she went. Her husband then helped with the design of her period pants and she found a manufacturer. The day after announcing on Facebook that she had 30 pairs and was keen for feedback, there was a line of women outside her house.

Period pants are not cheap. WUKA’s cost from £9.99 for a light-flow thong, though multipacks are better value. Since WUKA launched in 2017 large chains such as M&S and Primark have also launched their own versions.

Disposable pads and tampons cost more than ever thanks to recent cost of living price hikes. Last month Tesco, which used to offer the cheapest period products according to monitoring by Money Saving Expert, doubled the price of its cheapest sanitary pads compared with the same week in 2021.

For those that can afford the initial outlay, period pants are an investment. Raut says the saving on disposable products means the cost is typically paid off in under two years. But it’s a lot of money to find upfront.

This means that young girls and women in the UK are experiencing some of the same shame that Raut did 20 years ago in Nepal. “Hopefully one day no girls will have to choose between going to school and having a period,” she says.