Pet cats were captivated by Attenborough and Kenya’s lions on Sunday. This week, mutts get their turn. By Sophie Morris 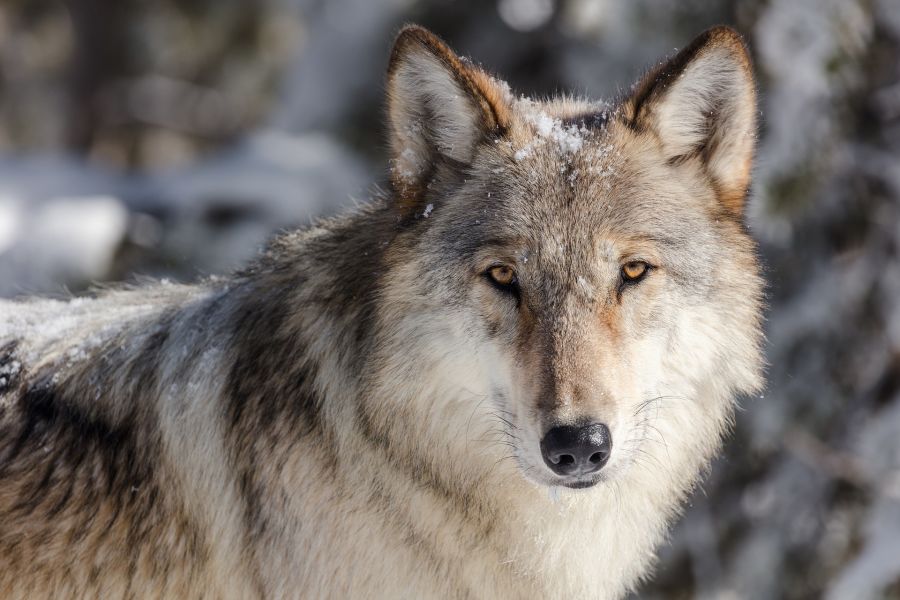 If Britain’s cat lovers are to be believed, their pets reacted keenly last Sunday evening to the sight of lions on Sir David Attenborough’s latest BBC nature series, Dynasties. Owners took to social media to report that their cats, normally indifferent to television, were mesmerised by the programme. Did they recognise their big-cat relatives? Did they long to join them and stalk antelope across grasslands beneath the blazing African sun, instead of chasing rats out of wheelie bins in the grey British drizzle? This Sunday’s episode of the show is devoted to wolves. Can we expect our dogs to be similarly engrossed? Will they try to communicate with their lupine ancestors through the telly, or hide behind the sofa, afraid of attack? Our pet dogs are descended from wolves, with the small matter of 40,000 years of human meddling to breed out the wild traits and transform them into the priceless helpers and friends they’ve become. But where we love dogs, wolves are vilified as a vicious enemy.

Professor Bryan Sykes, an emeritus professor of human genetics at Oxford University, has spent years investigating the relationship between the two. In a new book, he explains how even the cutest and fluffiest family pets are intimately linked to their wolf forebears - who hunt in packs rather than beg politely for table scraps - and how we once treated wolves as our friends and collaborators, rather than the fierce animals they are seen as today.

“Everything about a dog is based on a wolf,” explains Sykes, “genetically and behaviourally.” Despite his topic of expertise, Sykes isn’t a dog person. In fact, he grew up afraid of them because of an aggressive boxer which lived along his route to school. But one day he was struck by the sight of so many dogs running around with their humans in a meadow.

“I thought, isn’t this strange,” he recalls. “Here is an animal that’s not far removed from a vicious predator, and a very close relationship has evolved between us and them.”

Our bond with dogs is incredibly strong, as Sykes explores in The Wolf Within: The Astonishing Evolution of the Wolf into Man’s Best Friend.

This bond is also based on the friendship we once had with wolves.

“In the distant past, we were collaborating very closely with wolves and had a very close relationship,” he says. “That was completely reversed with the arrival of agriculture, and the reason it worked in the first place is that we have quite similar social structures. The family is very important to both wolves and ourselves, although evolutionarily we are miles apart.

They are highly organised and every member has a particular role. They are usually run by an alpha female, not an alpha male, and each of the other wolves a has subservient role. They know their position in the pack, and if they break these rules, there will be trouble.”

So will dogs, who share this loyalty trait, actually recognise their genetic predecessors on TV? Research suggests that dogs do exhibit preferences for certain shows and images. They might be taking cues from what their owners enjoy, but they also seem to prefer watching other canines on screen, although their attention spans are very short.

If your dog does show interest in the wolves this Sunday, don’t assume it is friendly. Wolves are very dangerous to dogs, and will usually attack them to protect their pack. However, explains Sykes, wolves aren’t very threatening to us.

“Wolves don’t attack humans in the wild,” he says. Sykes speculates that humans and wolves used to hunt together because they recognised that it was to the evolutionary advantage of both species. Humans could kill prey from a safe distance with spears, while wolves struggled to kill large prey such as mammoth, bison and wild horse, and had to wait for them to bleed out.

During his research, Sykes met a man called Shaun Ellis, who spent more than two years living in the wild with wolves in Idaho. The animals integrated Ellis into their pack and looked after him. “There is evidence in caves of wolves and children walking together,” claims Sykes. “They have retained that loyalty to humans, but we have betrayed them.”

We turned against them 10,000 years ago, when humans began to keep domesticated animals that wolves would see as natural prey and kill. We did not keep dogs as pets then, but they were already pliant, biddable helpers, ready to work for humans and be sociable, which wolves are not. “One of the main differences is that dogs find it much more difficult to act independently,” Sykes says. “There have been psychological tests that show wolves will do a task independently, whereas dogs will look to the human to work out what to do.”

But would dogs know a wolf from any other animal? “They can see and they are not stupid,” says Sykes. “I’m sure that when their owners hold them in front of the TV with a dog biscuit they will do anything. They would recognise them if they could smell them, because that’s their major sense - so until we have smellovision, it’s unlikely.”

‘The Wolf Within’ by Professor Bryan Sykes is out now (William Collins, £20)