Will we ever go back to school?

While many parents are finding teaching their children at home a lockdown challenge too far, others are wondering if there is a different way forward instead of formal education. Sophie Morris explores the alternatives 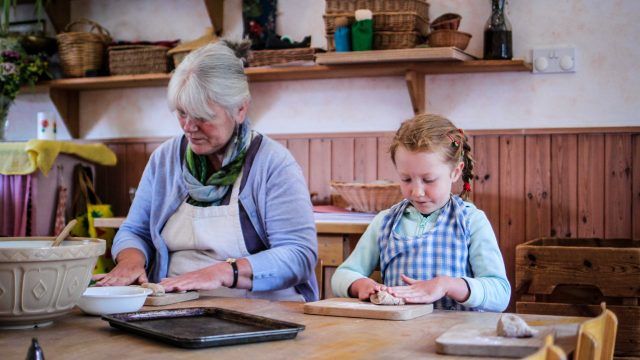 The night before visiting a primary school for my nearly four-year-old daughter, I have a nightmare. I am trapped inside the school I went to myself, a place 300 miles and 22 years away. I attended the same school from the age of five to 18, along with my sisters and plenty of friends who loved the place. But I was bored. My own friends banned me from GCSE revision sessions for being disruptive. On the one hand, you could argue I didn’t like being told what to do and think all day. On the other hand, does anyone enjoy being told what to do and think all day? We were taught to pass exams. At the time, I found neither taking nor passing exams stressful. For me, they were a series of known knowns. Life, it turns out, is quite different.

A consequence of all this is that my thoughts turn to September, because last week parents found out about primary school places. My daughter, Percy, usually spends four days a week with her childminder, who she loves. I hadn’t expected to enjoy our 35 extra hours together during lockdown, but I have. I am tired and often impatient and falling behind with work, but we are managing. And we are having fun. I know most parents are desperate for the schools to reopen. I am sure I will be one of them when the time comes. But I allow myself to wonder how a different path for Percy might look. One where I don’t pull her hair into tight plaits each morning, dress her in a uniform, and send her to sit in a classroom with 29 others and two adults.

Is that a fair appraisal of modern schooling? In the reception classes of our nearest primary, children can move freely between three rooms as well as the outdoor spaces. Most of the day is designated for play. There are also rules and bells and mealtimes, and something called “baseline assessment testing”, which tests the skills of a four-year-old in areas such as communication, language and maths. The Department for Education says the children won’t notice they are being tested “in most cases”.

Fran Russell, the new chief executive of the Steiner Waldorf Schools Fellowship, tells me that children know when they are being tested. Steiner schools focus on unhurried, creative learning. It is perhaps the best known of the UK’s “alternative” education landscape, which includes Montessori and a number of small, independent schools, as well as homeschooling. A common factor among these approaches is a rejection of the hierarchical, adultled approach of mainstream education and its focus on assessment and achievement. These schools represent a tiny proportion of our education provision - there are 26 Steiner schools in the UK, most small - but the view that excessive homework and testing has made the school sys-tem an unwelcome environment for any child who doesn’t conform, and led to increased levels of anxiety and depression, is far from niche.

The author and journalist Caitlin Moran broke the seal on homeschooling with her Channel 4 sitcom Raised By Wolves, inspired by her own upbringing. Her “hippie” parents educated Moran and seven siblings at home on a Wolverhampton council estate. When I was a teenager, homeschooling was something I’d heard of only in the context of odd extremist groups. I was surprised to learn that you can keep your child at home in the UK without informing the authorities of your plans. The BBC reports an increase of 40 per cent between 2015 and 2018.

When I speak to homeschoolerin-waiting Helen Ramsorrun, who is also a friend, she is nervous about the approach being presented as wacky or anti-social. I can understand it is tricky to discuss her misgivings about the state system with friends who are sending their little ones into it. Her daughter Claudette will be four in July. She will pursue child-led homeschooling until she, Claudette or her husband of 10 years, Kee, decide it is time for a change.

“Our feeling is that all children are individuals,” she explains. “The school model doesn’t work for us for that very reason. It has a large group of children doing the same things and having very little one-to-one attention, usually in quite a confined space. It doesn’t seem a natural way for a child to spend their day. It’s not until they reach about seven that children can sit still for prolonged periods.” The most common age to start school in Europe is six. In Finland, it is seven.

Peter Gray is a psychologist and author of Free to Learn. In Psychology Today he asks whether the pandemic (in the US) is increasing or reducing anxiety in children. Really? Surely being kept indoors, aware a killer virus stalks the outside world, magnifies fear and panic? Last week a University of Oxford study revealed one fifth of primary age children may be afraid to leave the house. But Gray argues that the opportunity for selfdirected learning may have a transformational effect.

Anecdotally, parents report that removing the stress of a physical school can help pupils learn. On Twitter, a woman writes that her son, thought of as “bad” at maths, has come top of the class in three online lessons. “But he says some kids who excelled in the classroom aren’t all doing as well. Maybe we’ll learn a lot about education from this.”

Catherine Phillips, an education consultant for the Good Schools Guide, says that online schooling was a thing long before we learned the dreaded word “coronavirus”. Children in remote areas or with physical or mental illnesses often attend virtual schools, and flourish.

Peter Gray is an advocate of the “unschooling” method that Kezia Cantwell-Wright, the founder of her own school, uses with her daughters, who are six and nine. A stint of homeschooling led the former digital design and marketing worker to set up the East Kent Sudbury School (EKSS) in Margate in 2019, which has 19 pupils. It follows the Sudbury model of self-directed learning. Haribo and gaming all day, then? Not quite. “Four-year-olds learn things without us having any idea where they have learned it from,” she says. “They try things and test things out. When your own brain makes a connection, it is incredibly powerful.” What if my child wants to join a “normal” school later on? “Even if a child is behind in the sense of a mainstream curriculum, they will have learnt so many skills by not forcing something on them before they were ready,” she says. “It’s amazing how quickly they will catch up that curriculum if they need to.”

Kezia’s ambition is to prove that Sudbury works. “I don’t think in the near future self-directed education will be offered for free by the state, but I hope that settings like ours offer a model the state sector can look to.”

In a more affluent nearby town is another fledgling alternative school, the New School, Canterbury. It was anointed with independent school status in September 2019, the same day Steiner education, the model it follows, celebrated its centenary. “It is almost like mainstream education sees children as empty vessels to fill up with knowledge and facts, and Steiner nurtures what is in the child,” explains headteacher Beth Cuenco when I ask her what Steiner’s really all about. “We teach self confidence, flexibility, empathy, compassion and self-confidence. The jobs they will have don’t even exist today.”

I am enthused by this approach, as well as the focus on the environment, which she points out is amplified not by scare stories but by learning to revere nature.

The cost of pursuing an alternative method of education for your child is considerable. EKSS operates a sliding scale of fees, starting at £2,450 per year, rising to £7,000. It has been accused of introducing bohemian privilege into a deprived neighbourhood, but fees are less than the average independent school. The New School costs from £2,340 per term. The cost of homeschooling can vary wildly. What activities will you offer? Will you employ tutors? And of course, one parent cannot go out to work in the day.

And there is trouble in paradise. The New School grew out of the closure of a Steiner school, which Beth attended herself. The Steiner Waldorf mission has been mired in controversy and school closures in recent years. Fran Russell was appointed Steiner CEO last summer to sort out the mess, following the closure in 2018 of a private Steiner school, and three Steiner free schools in 2019, which were condemned by Ofsted and passed over to another academy trust. One state-funded Steiner school, in Hereford, remains. There were allegations of bullying, racism and inadequate provision for special education needs children. These were dangerous places to leave your children, and the problems were covered up. “The schools were run by people who were not properly trained,” says Russell. “There was a lack of understanding about safeguarding, and the particular risks of Steiner schools, which are often started by parents.”

The Steiner free schools are among at least 55 of Michael Gove’s free schools to close, part of a failed experiment costing £186m. Steiner advocates insist it is Rudolf Steiner’s forward-thinking pedagogy, not his skewed spirituality, which guides their teaching. “The most important thing we have to offer mainstream education is to show you can teach children to read and write from the age of six and they will go on to do well,” says Russell. “But in order to show that, we have got to sort out some of our own issues, and there’s great enthusiasm for doing that now.”

On balance, I think the time spent outside of school is as important as the timetabled day, and I am keen for my daughter to go to a school she can walk to. If I suspect that school is squeezing the innate curiosity out of her, I will be ready to step in. I may have found my own education creatively suffocating, but it at least inspired me to learn. I return to studying, and teaching, again and again. But like many parents, at the moment we are reevaluating our lives, taking a fresh look at our relationships to our children, our careers, and to money. We have been forced to be flexible in the face of this crisis. To adapt and survive. These are the sort of skills that serve children well, whatever comes next.

FAST FACTS UNSCHOOLING Earlier this month, the Canadian singer-songwriter Alanis Morissette revealed she follows this method with her children.

It involves child-led, or selfdirected learning.

The phrase was coined in 1970s by educator John Holt.

It is believed that this personal approach engenders deeper, more meaningful learning.

There are no formal timetables or classrooms.

The method trusts that a child will know when they are ready to learn common skills, such reading and writing.

By taking responsibility for education from a young age, children are better equipped handle the real world.