A Theatre for Dreamers, Polly Samson 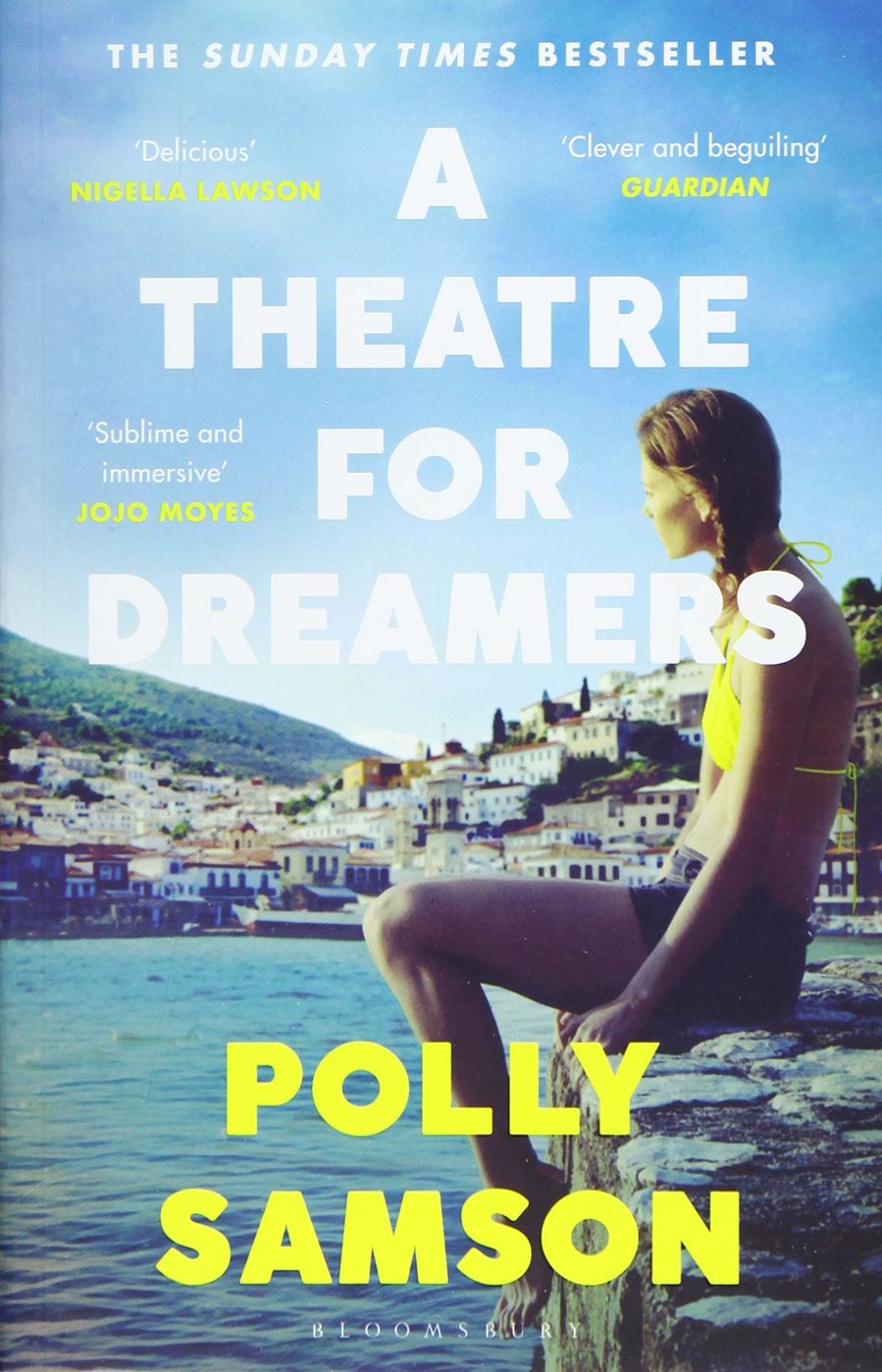 Possibly one of the cleverest things about A Theatre for Dreamers is that anyone picking it up (especially me on a dull January weekend) is looking for an escape. In this case it’s to the storied Greek island of Hydra, known as the bohemian retreat of artists and musicians, back in 1960 when retreats meant walking uphill to a well to get your water, not shelling out to stay somewhere with no wifi signal.

This is the same escape sought by the characters, based on some of the real famous names who sought time on Hydra, a car-free island. 1960 is, of course, pre-wifi, but there were plenty of post-war, pre-free love laws and mores to flee. Hydra offered freedom and time to create, along with the liberty to drink and dance far from the tightly laced up areas of Europe.

It also promises the golden ardour of youth; sunbaked skin, soft cheese and sweet honey, endless limbs entwined towards their own eternity. This is the Hydra Erica drives towards from London. She is running from the death of her mother and an abusive father, with her boyfriend and brother, and becomes entranced by her mother’s friend Charmian Clift, the real-life Australian writer whose memoir Peel Me A Lotus gave author Polly Samson the bones for her 2020 novel, which also features Leonard Cohen and his girlfriend and muse Marianne Ihlen, who was also the wife of the proud and cruel Norwegian writer Axel Jensen.

The other notable character is Clift’s husband George Johnston, a feted writer suffering from TB and jealousy. The pair worked together and were considered the king and queen of Hydra’s artistic community.

The story is as seductive as the setting, unravelling like new desire through Erica’s coy eyes. But the more interesting strand to this Greek tragedy, for me, is its examination of the imbalance between men and women’s creative space. Women have to fight for it, in all sorts of ways, as Erica witnesses via Charmian and Marianne and others. Seventy years on, we’re all still fighting. This reminded me of Meg Wolitzer’s brilliant novel The Wife, with Glenn Close in the film. The gender debate has grown many legs and horns since, but this dimension persists.

I bought my copy from Pilgrim’s Hospice, a fabulous Kent-based charity you can support here

Or buy A Theatre for Dreamers from bookshop.org for £8.36