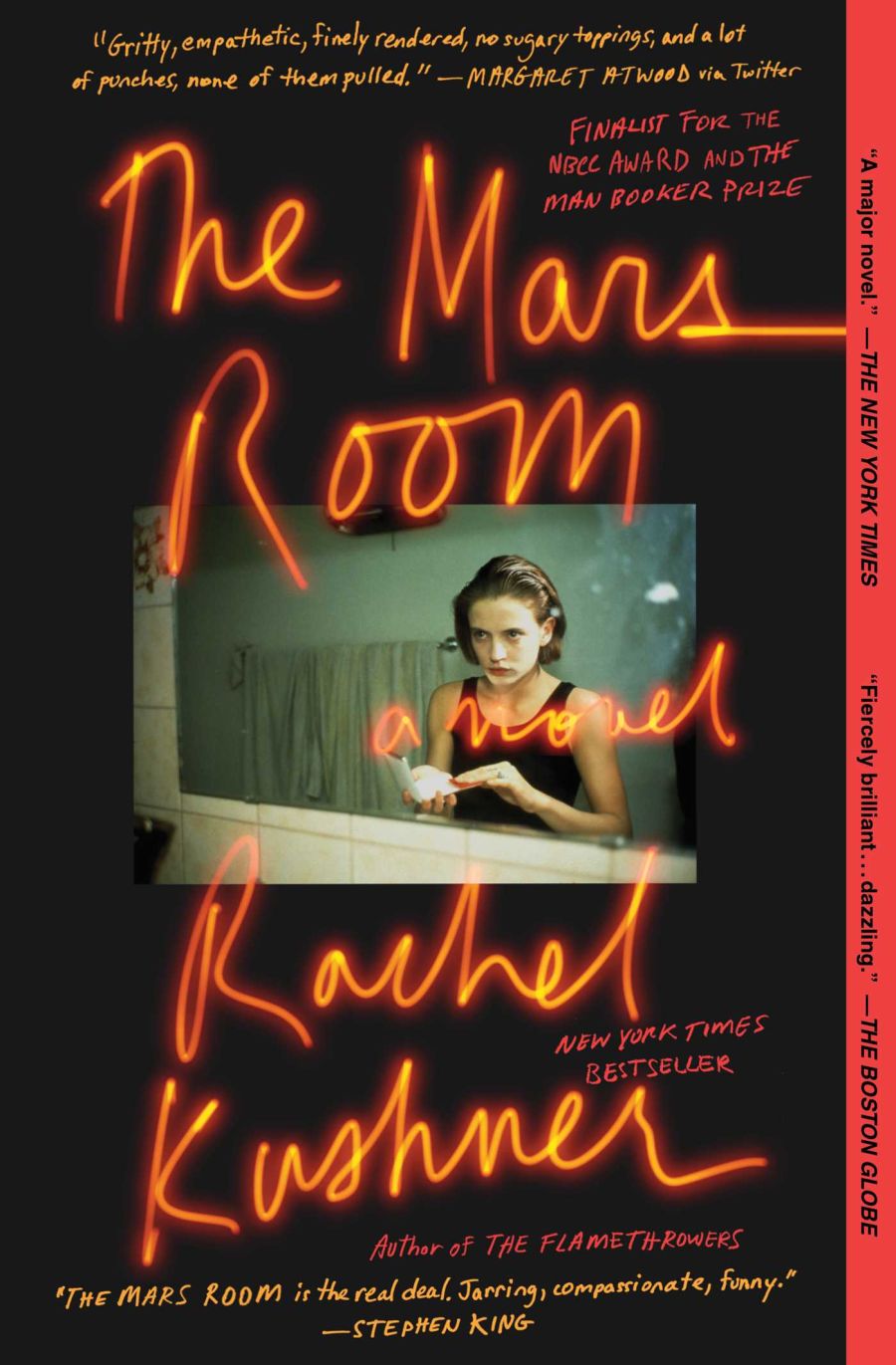 A few pages in, I decided The Mars Room is Orange is the New Black in novel form. Then I wondered if that was unfair on The Mars Room, which is a literary work while TV is as we all know only an art of the lowest form.

After that I began thinking about how literary Orange is the New Black is.

It’s not new to praise the elevation of tv drama and remark on its ascendance to one of the great dramatic arts, and we know it can afford the very best writers, but Orange is the New Black is remarkable – stick with it through season five when it gets trapped in a plot scenario which won’t stretch to a full season, and I promise you’ll get your rewards.

So The Mars Room, nominated for last year’s Booker Prize, is as grim as it is brilliant. Its heroine Romy – and I really think she is a heroine in the truest sense of the word – was a stripper at a joint called the Mars Room where she met the man who led to her incarceration. I’ll let you find out how.

Kushner’s fiction is unflinching and you know any of this could be as real as it gets, that women in America’s prison population are living this life. It’s hard to let this in.

This is one of those books I got out the library and now wish I owned. I urge everyone to read it. For once it’s quicker to read the novel than watch all six series on the tellybox (the seventh and final series is on its way 26/07 WOOHOO and here’s something I wrote about it).

I can’t remember an ending I enjoyed so much. To draw something like this out of something so dead end and depressing-seeming, is truly glorious. I don’t want to spoil it for any of you, though I probably have already by saying it’s the best and now you’ll expect too much. I often find the very end of clever books a bit flat, because the cleverness means they can’t be bombastic or ridiculous, but Kushner does something incredibly smart and satisfying here. Happy reading! X

The paperback came out a few weeks ago and you can buy it for £6.31 on that big book website.