A feast for the eyes

Food photography is about more than boasting of our sourdough triumphs on Instagram. The best culinary images capture the pleasure in eating that connects us all. 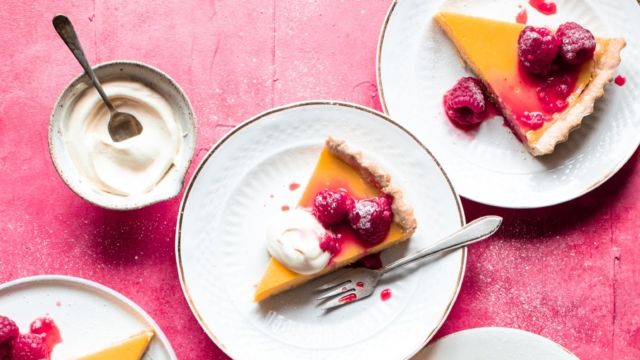 I had always assumed that the slogan “eat with your eyes” was invented by a restrictive dieting company. Apparently not. It refers to how we first experience food, typically by sight, which explains something of our obsession with food photography.

At the time of writing there are close to half a billion posts on Instagram hashtagged #food. #Foodporn comes in at a quarter of a billion. Then we have #foodie with 162 million posts, #foodphotography with 62 million and #foodblogger with 47 million. This isn’t an overnight phenomenon. “A Fruit Piece” by William Henry Fox Talbot in 1845 is considered one of the first photographs of food - as opposed to a shot that included food. It shows two baskets full to overflowing with apples, plums and peaches as well as a large pineapple at a jaunty angle. These spiky fruits were expensive prizes in the 19th century, not a quid each from the corner shop. These early food-centric photos paved the way for today’s cookbooks, which rely on photography as much as narrative and recipes. These same beautiful cookbooks thrive, in part, because of the billions of #lookatmybreakfast shots shared on social media.

“Pavarotti said that one of the very best things in life is that we must stop whatever we are doing and devote our attention to eating three times a day,” photographer Matt Inwood tells me. “It’s such a regular feature in our life; you can’t not be interested in it because you can’t not be eating. Visually, it’s full of colour, form and texture and it’s wrapped up in so much story. It connects us all.”

I find little to argue with here. I’ve heard plenty of sneering about the oversharing of artisan coffees, but what we eat can tell us just as much about politics, economics, trends and technology as the cars people are driving or the holidays they’re taking (or not taking) can.

The story of the pandemic can be traced through the disparity in our eating habits. There were homes where breakfast meant empty bellies. Next door it was sliced white and the last scraping of marge. A street over were wedges of status-seeking sourdough dripping with butter and home-made jam. Our daily bread is never bread alone. It never has been. Our obsession with taking pictures of our food and sharing them is as much social history as a moment in fashion.

One of the reasons I take such poor pictures of food when I’m out is that I’m embarrassed by myself. How gauche. How 2015. Do I need my followers to know I ate the whole shrimp’s head to truly taste it myself ? But for me, this is a diary. How else would I remember the day? From the food images, I piece together the rest of the experience: where I was and who with. How I was feeling. Whether Ihad made time to cook and care for myself. Was the dish as good as the repeated images of it clogging up my feed suggested?

DOCUMENTING OUR DIETS
Is our dedication to documenting our diets reaching saturation point? Clerkenwell Boy (@Clerkenwell-BOYEC1) is one of Instagram’s most successful food influencers and has 225,000 followers. His real identity is under wraps. Even though his patch is restaurants, he noticed an uptick in followers during lockdown and began cooking much more himself, making fresh pasta and pizza and doing an online bakery course with Puff. “People were spending more time indoors and looking for lockdown cooking inspiration,” he says. Which pictures work best? “Anything that is delicious, seasonal, accessible and has a sense of location.”

Instagram can be cruel if your face doesn’t fit, but growing a following has enabled Clerkenwell Boy to focus on other issues, such as publicising small businesses and raising money through the #CookFORSYRIA movement and for Australia Bushfire Relief.

“Photography has become the way we communicate these days,” says Beata Lubas, author of How to Photograph Food. “Food is so much more than just something that we need when we get hungry. It’s our childhood memories, it’s what brings a feeling of comfort, it’s the special time spent with family and friends around the table. When something brings so many positive emotions, of course we want to share it with others.”

Lubas’s book is practical and beautiful, full of instruction and inspiration for would-be food photographers. I persuade her to look at my lazy Instagram feed, where I post the odd picture of what I am cooking. My problem is that I can rarely be bothered to think about a shot when the food is ready to eat. She is kind and says that of my photos those that tell stories, such as my daughter’s hands peeling beans, are the most engaging. I could think about shapes more, she suggests.

For example, if I had shot a bowl of raspberries from overhead, it would have shown their graphic shapes. Photographing food too close up can make the food look distorted, which Lubas says I could get around by experimenting with the portrait feature on my iPhone.

The harder pictures to take are those where lots of ingredients are mixed together, she says. “What we see sends the signal to your brain and has the power to evoke all the other senses. So when the important ingredients are not obvious to the eye, the task is a little bit harder.”

THE IMPORTANCE OF IMAGE
In every category and whether print or digital, publishing has become design-led and image focused. The first modern cookbooks such as Eliza Acton’s Modern Cookery for Private Families (1845) standardised how we list ingredients and timings but was sparsely illustrated with a few woodcuts because the cost and limits of printing at that time didn’t allow for more. Early food photography was garish and poorly-styled. Kitsch pictures of the sort in the Instagram account Vintage Food Photography - such as a tower of eggs and macaroni and a ring of peas in aspic - were rarely appetising.

“The advent of desktop publishing software, the iMac, the digital camera all have had a huge impact on book design and the photography within,” explains Inwood, who has designed books for big-deal chefs such as Claire Clark, Atul Kochhar, Vivek Singh and Tom Kerridge. “It used to take an hour to render half a dozen images in Polaroid and film and weeks for the results to come back from the lab; today, it tethers straight to the laptop and can be edited to near-perfection before your eyes.” Inwood has been running Instagram workshops for food people and anyone wanting to up their game for three years. He transferred his sessions online dur-ing the pandemic. “The image will always speak for itself,” he says.

Technology has made all this possible but Inwood says it’s the people who have pushed the medium forward, such as designer Caz Hildebrand (The Geometry of Pasta, An Anarchy of Chilies) and “giants of the food photography world” Jason Lowe, David Loftus and Jean Cazals. Is there snobbery between the worlds of the traditional and fully trained photographer and these iPhone upstarts? Yes, but also respect and collaboration.

Patricia Niven is an experienced photographer shooting restaurants such as London’s St John and cookbooks including Honey & Co, but she recently attended Inwood’s workshop and says she is always learning from bloggers. “A lot of the time, Instagrammers are early adopters. There’s an ease in the way they see the world.”

Her lockdown project was The Chicken Soup Project on Instagram, which has evolved to share all sorts of comfort food. “It’s really interesting to see what we can do when we have more time and can’t leave the house,” she says. “The proliferation of pictures of plates of food, kitchens, worktops and tables are a celebration, an acknowledgement of the ritual of the everyday.”

1. Pay attention to light Photography is all about light. And without good light we can’t take a good photograph. If you want to take your food images to the next level, stay away from artificial household lighting. Photograph during the daytime and near the window. On a sunny day, find a window away from direct sunlight, or use a thin curtain or voile to diffuse the rays and create beautiful soft light - every food photographer’s best friend.

2. Tempt the senses Food is a multisensory experience and so is a great photograph. But in photography there is no taste, smell or sound to support your story so you need to get to your viewer’s taste buds through their eyes.

You can do this by focusing on the details that will evoke imagination. Cutting into a cake and taking a piece out, for example. You might not leave crumbs on the table when your friends come round, but in photography a little crumb here and there can help to tease the senses. And so will some drips and droplets on the plate.

Think about what the most delicious visual factor of the dish you are about to photograph is and show that in your image. When I photograph a vanilla cheesecake, for example, I like to add a few vanilla pods somewhere in the frame to let my viewer know what the most important flavour of that dish is. As a photographer you need to take your audience on a journey with you, and show them what you think they should know about the dish you are photographing.

3. Invest more time in editing Editing is a crucial part of photography. We can fix lighting issues, straighten the perspective, crop something unwanted, and add more impact to the most important element in the frame. Editing allows us to make the colours look delicious or to create an cosy atmosphere in our work.