Customers want a warm brew, but baristas say hot milk is a disaster. Sophie Morris asks who is right 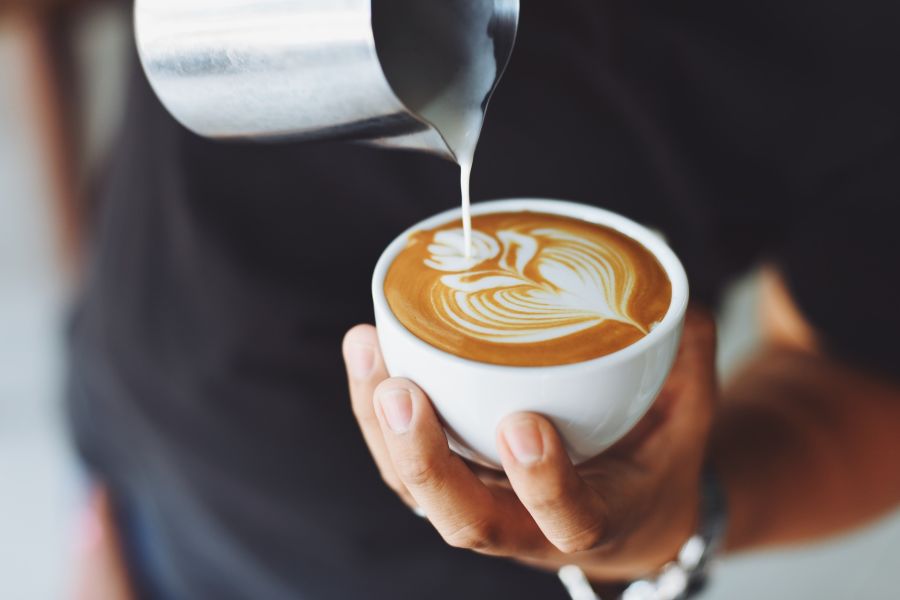 How do you like your coffee? Hot? Extra hot? Reheated in the office microwave because you forgot it was on your desk? Any of this behaviour would sadden coffee experts, of which there are a great many in the UK since our coffee culture evolved from Costas and Starbucks to single-origin flat whites prepared by a highly skilled barista. Rarefied experts will chat about roasting techniques, the benefits of drip and whether your drink has chocolatey, nutty, berry or citrus notes.

The 37-year-old is equally exacting when it comes to hot milk. “People want to put their hands around their drink and feel like it’s warm, and they want it to feel warm on their lips,” he says. Nonetheless, Frere won’t heat milk above 65°C (149°F), because it damages the flavour. How would he have responded to Larry David’s behaviour in the new series of Curb Your Enthusiasm, where the popular misanthrope moans about his coffee, before dipping his nose in it to prove it is cold? “When milk is heated to certain temperatures the natural sugars become more prominent and can be used to increase the sweetness in the cup,” he explains. “When the milk is too hot, the sugars start to break down and the milk turns slightly nutty and can become bitter. This will fight against the flavour of the coffee and ultimately change the flavour.”

Loose Women’s Carole Malone wasn’t interested in the detail when she asked for an “extra-hot latte” in Seventh Seal a few weeks ago. She just wanted a hot drink, and when she was refused, she took to Twitter to berate Frere’s “patronising” behaviour. She later wrote an article for the Daily Express headlined “How barista lectured me over a latte” in which she accuses Frere of being rude, condescending and equating serving coffee with splitting the atom or saving the planet.

“He’s entitled to think those things,” she wrote. “What he’s not entitled to do is insult and patronise the paying customers who keep him in business.”

Frere is sanguine about the unexpected exposure, saying it’s brought him more business from people who want a high-quality coffee and insisting Malone was offered a heated cup like any other customer. Should we respect our morning brew as much as a fine Bordeaux? If a sommelier advised me a wine was off, or I was told a cheese wasn’t yet ready, I’d happily take their advice. Is all of this snobbery, depending on where your lines are drawn? Simon Lewthwaite is head of all things coffee at Caravan Coffee Roasters, which has five restaurants across the capital serving over 2,000 cups a day. He acknowledges that a customer’s request might displease an experienced barista. “It’s often a case for the speciality industry to be very defensive of customer requests, as they can start to alter or even completely change the intentional delivery of a drink,” he says. “This is important, especially when we are considering the effort a farmer has made to create a wonderful cup.” Lewthwaite says that his team aims to heat milk to 63°C to 65°C, and most customer requests are for warmer drinks or to fill their own cups. He will heat the milk a little more for them. To sidestep other requests such as adding flavoured syrups or chocolate toppings to a coffee, they’re not on offer.

Ariana Huecherig is the operations manager of Perky Blenders, a roastery which operates a subscription service. She reminds her staff that the customer pays their wages. “If a customer wants an extra hot, dry cappuccino, they’ll get an extra hot, dry cappuccino,” she says. “Being pretentious gives us a bad rap when all we want is to provide a great quality product that showcases the farmer, the roaster and the barista with great service.”

Can high-end, precision-brewed, beard-stroking coffee coexist with impeccable service? Andrea Magno is general manager at the Backyard café in Fitzrovia’s Treehouse Hotel and has a long career in hip coffee companies. “I really believe the customer comes first, and when people complain I use that as feedback,” he says. “We train each of our baristas to weigh our coffee to one-10th of a gram and time each shot to the second to bring you a perfect serve. Espresso should be at 91°C or 92°C, milk heated or frothed at 61°C to 63C. But these are the starting points and from here we can find out what customers like or don’t like.”

Malone’s comments angered many in the industry because she undermined their work. In Italy, known for its coffee culture, it’s normal for a 50-year-old to serve your coffee, points out Frere, because it’s a respectable employment. Magno says that complaints are rare in Italy, because customers know how to expect their coffee.