A wedge between us: UK cheeses are beating France’s grand fromages

Our Gallic cousins have the classics, but cheesemongers are excited by Great British innovation. By Sophie Morris 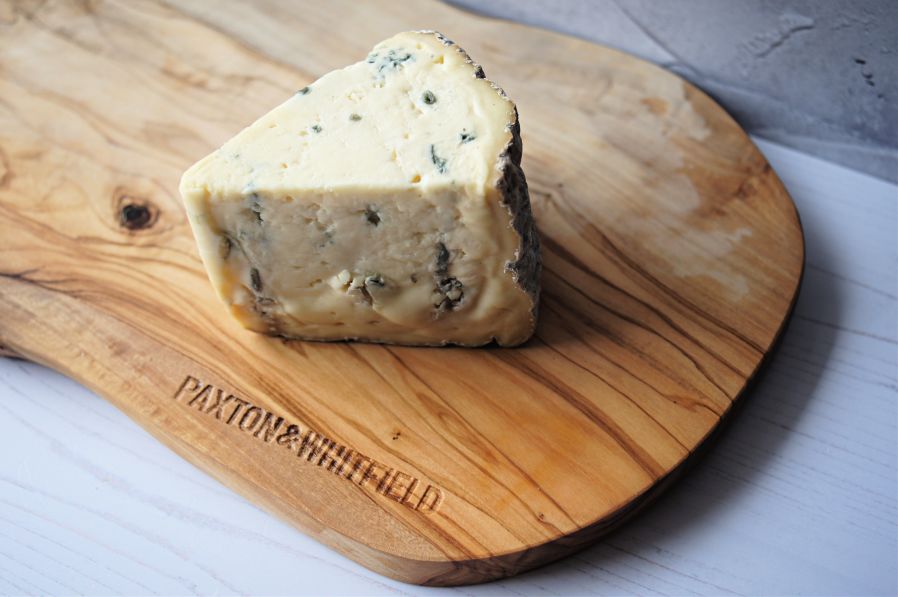 French foods have always held the sort of luxurious allure that makes them sing at Christmas, especially in the cheese department. But experts say that the best cheese boards are British these days, because our cheeses are more interesting than ever compared with traditional continental cheeses. We’re taking risks, innovating and creating new and exciting cheeses instead of churning out the same tried and tested product.

Fancy a Brie-style cheese? Try Baron Bigod from Suffolk. Keen for Camembert? Raymond Blanc calls Hampshire’s Tunworth “the best Camembert in the world”. UK producers have taken the heritage of European recipes and expertise going back generations, and added in the sorts of twists and experimentation unthinkable for anyone producing famous big-name cheeses.

French classics “A French cheese shop has the same 50 cheeses and they never change, whereas the UK market is fluid and changeable,” explains cheesemonger Alan Watson, head of cheese at Funk, the retail sister to a mini-chain of cheese restaurants, including The Cheese Bar. When we speak, he’s in the middle of planning his first subscription box of British cheese.

“New products are coming in every week and you never know what you’re going to get,” he says. “The French have a lot more limitations and restrictions because they have more AOC cheeses (controlled designation of origin).” This means the French cheeses are standardised.

Of course, you don’t want to pay for a Beaufort and have it taste like the apprentice ran riot in the dairy. But with British versions the fluctuations in the herd, in the milk and production with the seasons, can shine through in the cheeses.

“For many years artisan cheesemakers in the UK have been creating cheeses inspired by European counterparts and there have been some absolutely fantastic results,” says Danielle Bliss, a cheese buyer for Paxton & Whitfield, a shop which flies its flag as “the UK’s oldest cheesemonger” but is nonetheless at the cutting edge of industry developments.

“What’s really exciting about the artisan British cheese industry is that now we are going one step further and developing new and interesting things. It’s fair to say that, in France, the classics are classic for a reason but we don’t see a whole lot of newness, whereas makers in the UK are really innovative. From a cheese buyer’s perspective that’s very exciting.”

British blues I’m certainly not suggesting you sideline Stilton, but there are other

British blues deserving of a spot on your cheeseboard, pretenders to Italian blues and comparable to Gorgonzola. These include Beauvale, a soft and creamy blue from the Cropwell Bishop Stilton producers, Anglesey’s Mon Las Blue, and Blue Cloud made on the Balcombe Estate in Sussex, a new cheese available in small quantities from Paxton & Whitfield.

Cheesemonger and author Ned Palmer recommends Lanark Blue, comparable to Roqeufort. Palmer has probably tasted more cheese than you or I have ever seen. He loves cheese from all over the world but admits, “all my life as a cheesemonger has been aimed at showing the British and Irish that we make wonderful cheese”.

Something new He calls Lincolnshire Poacher the poster child for Britain’s “postmodern” period of experimentation with hybrids of continental techniques and British style. Neal’s Yard Dairy, the London cheesemonger which has played a huge role in reinvigorating our cheese industry, describes it as “West Country Cheddar meets Comté”.

Now we’re entering what Palmer affectionately terms a “new wave” of British cheesemaking, as we turn out more classic British cheeses such as great Wensleydales and Caerphillys, like the Gorwydd Caerphilly from the Trethowan brothers which won best British cheese at the recent world cheese awards - Watson is also tipping this one for his own Christmas cheese board.

Also in the “new wave” category are Pitchfork, which is the first new UK cheddar in 150 years, and a new Red Leicester, Sparkenhoe, which is unlike any red cheese you’ve tasted. One cheesemaker, Palmer confides, is working on a new Double Gloucester.

Are our French cousins worried about the competition? When Jonny and Dulcie Crickmore set out to develop their British Brie, Baron Bigod (inset), they had to learn from the French and visit 70 farms to buy the 70 Montbeliarde cows that they needed.

“Cheesemakers are generous people,” says Palmer. “It’s possible French cheesemakers can be a bit more secretive. They might not have believed a rosbif could make such a great Brie!”

Grate buys
Where to shop
The Courtyard Dairy
This North Yorkshire monger near Settle is one of Ned Palmer’s favourites and celebrates a decade in business in 2022. It’s more of a destination than dairy alone and sells scores of the best farmhouse cheeses in existence. Subscriptions available for last-minute presents (thecourtyarddairy.co.uk).

The Cheese Society
A family-run business in Lincoln with its own café serving double-baked soufflé, raclette and rarebit. As well as cheeses from every country worth the whey, The Cheese Society has a wide range of gift boxes, my favourite is the Taste of Lincolnshire (thecheesesociety.co.uk).

Whitelake
This Somerset maker has been producing a family cheddar for generations but in 2004 began to expand its range to goat’s cheese as well as sheep and cow’s milk cheeses. Their award-winning results include washed-rind goat’s cheese Rachel, semi-hard Sheep Rustler and English Pecorino (whitelake.co.uk).