Battle for real bread is starting to turn sour

Subway’s sugary offering raises questions over what makes a loaf. By Sophie Morris 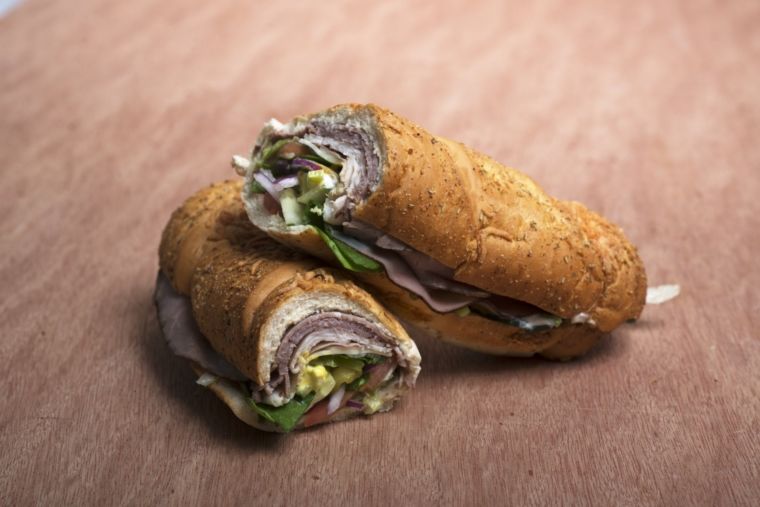 When is a soft white roll not bread? When it’s a 6in Subway baked in Ireland, or so customers learned last week when the Irish Supreme Court ruled that the distinctive sandwiches used by the international chain can no longer be legally described as bread, because they contain too much added sugar.

Bakers, health gurus and fibre fans have been telling us this sort of pappy white mush is a con for years. But will Meatball Marinara addicts be put off their next hit? Subway released a statement insisting “Subway’s bread is, of course, bread”, but the recipe was found to include five times the legal amount of added sugar for a bread product.

Could this happen in the UK? Should there not be clearer labelling to expose when a bread is bread and when it’s a cake in bready clothing? You probably remember the longrunning Jaffa Cake conundrum, which argued whether the McVities treat was a cake or a biscuit; tax is charged on chocolatecovered biscuits in the UK but not cakes, so the manufacturer wanted to maintain the cake status and succeeded.

In Ireland too, the case was brought because of a tax issue, not a health concern. Subway’s owners wanted to pay less VAT and bread is zero-rated, whereas a “discretionary indulgence”, such as a cake, carries close to 10 per cent VAT.

The strange thing is that the legal definition for what counts as bread is not clear in this country, something the Real Bread Campaign is lobbying hard to change. “Our Honest Crust Act calls for improved loaf labelling and marketing regulations to better protect people from being misled,” says Chris Young, who coordinates the campaign for Sustain, the alliance for better food and farming.

“Real bread”, according to Sustain, contains four essential ingredients: flour, water, yeast and salt. “We probably wouldn’t call the stuff Subway uses bread either,” says Young. “The company is not as transparent as it could be about declaring its ingredients lists to UK customers but, judging by Subway in other countries, they probably include a range of unnecessary additives. When it comes to added sugar, none is needed to make what is supposed to be a savoury product.”

Gordon Polson, chief executive of the Federation of Bakers, which represents mega manufacturers including Warburtons, Allied Bakeries, Roberts and Délifrance, thinks it’s unfair to present most of their sliced white as unhealthy. The organisation joined with the British Nutrition Foundation this summer to highlight the important role of bread in our diets.

“The vast majority of white bread in the UK doesn’t have added sugar,” he says. “But wholemeal bread does have a little as it’s a bit bitter so the sugar makes it more palatable.

“The ingredients added to bread in addition to these four [flour, water, salt, yeast] are in tiny quantities. A little bit of preservative stops bread staling and decreases waste. People cannot shop every day for a loaf of bread that costs £4.50. We don’t object to ‘real bread’ but they say things about sliced bread which frankly aren’t true. You can’t produce the millions of loaves needed every day in small bakeries.” Will Brexit change the loaf landscape? “We see Britain leaving the EU as an opportunity to improve the protection for shoppers from being misled,” says Young. “It’s also a chance for the Government to support the owners of small, independent bakeries, which create more jobs per loaf and help to keep our high streets alive, from unfair competition by industrial loaf fabricators and multiple retailers.

“For example, currently nothing would stop them from deploying a mega marketing budget trying to convince shoppers that an additive-laden, machine-made, no-time, mostly white flour product, manufactured overseas and then re-baked in an in-store loaf tanning salon is ‘freshly-baked artisan wholegrain sourdough’.”

Polson is focused on the possibility of higher costs if wheat imported from the EU carries a tariff. There was a poor harvest this year which means the UK could need to import more wheat than usual for years to come, jeopardising its extremely low price to us - supermarkets often use bread as a loss leader, which smaller producers think unfair.

One certainty is that bread overall has a better reputation than it did a decade ago when carbs were branded devilish and proteinheavy diets revered. This stands whether you’re a Subway lover or a sourdough saint.