Inside every tin of chickpeas is a vegan secret weapon - aquafaba. This gross-looking liquid can be used as a cracking egg substitute. Intrigued carnivore Sophie Morris tries it out 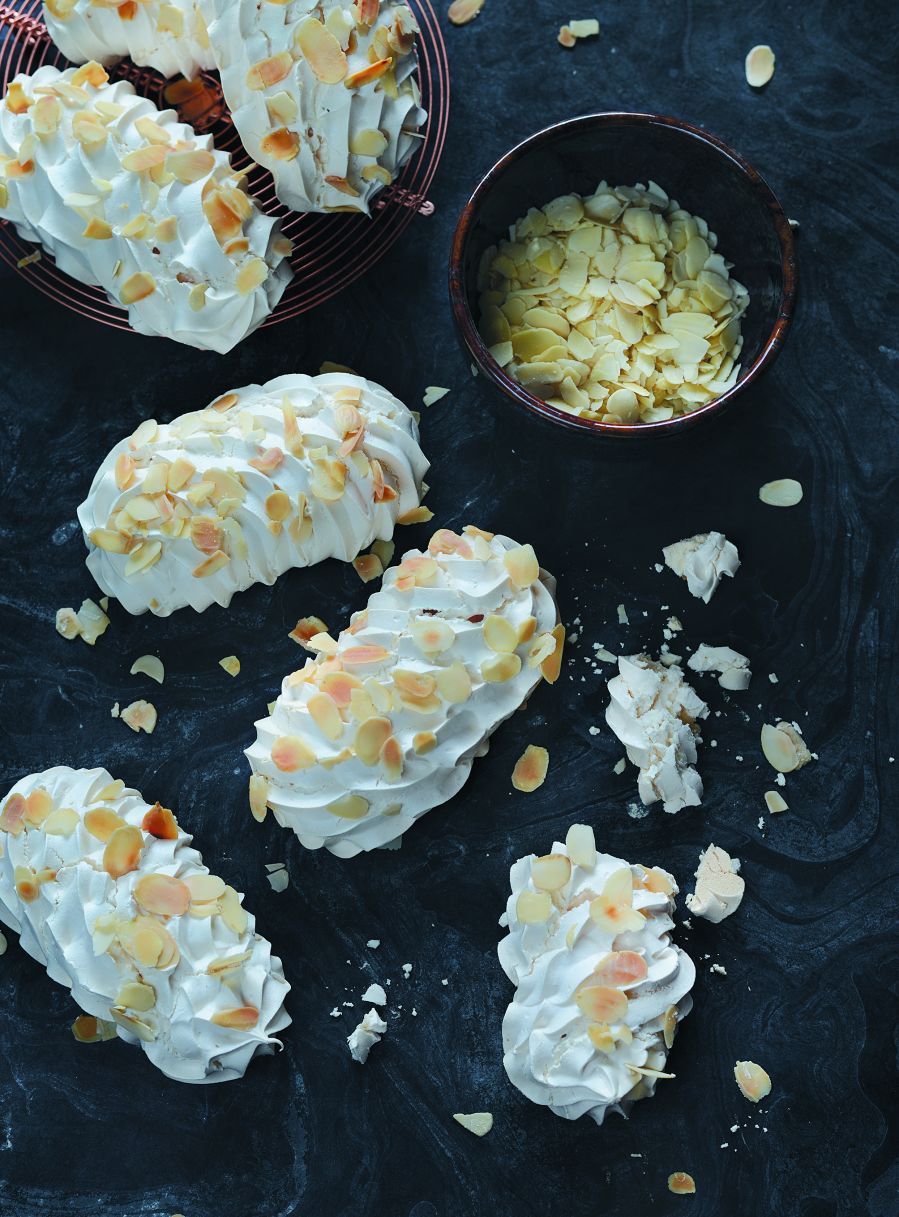 It’s hard to take a book seriously when one of its authors has named herself after her personal mission. Laura Veganpower started using the unusual name when posting on a vegan forum more than a decade ago, so it’s how she’s known in vegan circles, though she also describes it as un acte militant (she’s French). Veganpower and Sébastien Kardinal are the authors of Aquafaba, a book about an unusual ingredient that has exploded the boundaries of vegan cooking in the past few years.

Aquafaba promises “vegan cooking without eggs using the magic of chickpea water”, which sounds crazy but intriguing. Think about it: unless you were brought up vegan, you know exactly what an airy, emollient mayonnaise should taste like. You’re versed in the joys of a chewy meringue. You understand why chocolate and mousse should never be parted, and why cakes are universally adored.

Obviously vegans have decided that the other benefits of their way of life - it’s arguably good for your health, it’s definitely good for the environment - are worth more than the alchemical properties of stiff peaks and billowy cushions, but it doesn’t mean that they don’t miss good cake.

A recent survey put the number of British vegans at 3.5 million, an incredible rise of 3 million from 2016. Could the secret to replicating fluffy egg whites turn even more of us onto the lifestyle? I’m not vegan, but I am often looking for ways to eat better, and to eat foods that make less environmental impact. The idea that the murky water left after cooking chickpeas could be reused sounded fascinating, if unlikely. Aquafaba contains protein, fibre, starch and sugar. According to the book, by evaporating some of this water, we can get a higher nutrient concentration, reaching the 90 per cent water to 10 per cent protein and starch ratio found in egg whites.

Technically, aquafaba can be made with any legumes, such as lentils, broad beans, kidney beans and split peas, but chickpea aquafaba is safe to eat in its raw and cooked forms. Apparently some of the others can be poisonous, so be careful.

I decide to make my own, even though you can easily buy readymade aquafaba, as it is simply the liquid in a can of chickpeas. Instead I rinse, soak and rinse 500g of dried chickpeas. I simmer them in hot water for 90 minutes, during which time my kitchen begins to smell like old chicken, and then boil down this liquid to concentrate it. Clouds of scum appear on the surface, which I skim off, worrying this is stealing away some of the aquafaba’s magical ‘stiff peaks’ properties. After 24 hours, I have about 750ml of aquafaba, which can be kept in the fridge for about a week, and is enough for eight or 10 of the recipes.

These recipes include tomato and basil mousse, cappuccino soup, devil’s mayonnaise, basil pesto muffins, marshmallow spread, almond meringues, lemon and bergamot meringue pie, tiramisu and chocolate mousse. For someone not used to cooking with vegan substitutes, some of the ingredients look hard to get (cream of tartar, white almond butter, lacto-fermented soya cream, espelette pepper, Kala Namak salt, vegan puff pastry), but it turns out that versions of all of these are available from the supermarket, and that espelette pepper is a paprikalike red chilli powder. Kala Namak salt is one of those fancy salts with life-saving properties, so you can substitute your own salt for this, fancy or otherwise.

The vegan puff pastry appears in a recipe called forager’s millefeuilles, which also includes button mushrooms and Jagermeister. I don’t like to think of the sorts of places I might be able to forage for Jagermeister, so I pass on this delight. Instead I put aquafaba to the one and true test straight away: can it give me some stiff peaks? The chocolate mousse recipe tells me to whisk 200ml of aquafaba with 5ml of cider vinegar on full power until I get soft peaks, which I achieve quickly. I’m impressed.

As I add 100g of icing sugar, the consistency soon turns to a pleasing silken goo, like liquid meringue, but half an hour later I’ve got no further - airy billows of glossy viscous eggwhite like food, yes. Stiff peaks? No. I wonder about giving up, wary of wasting some very good chocolate, but decide there’s quite a bit of air in the goo and carry on, and before it goes in the fridge it tastes fantastic. It comes out again for dessert a few hours later, and while it is very dense so not really a mousse, it is a fair substitute and I’d eat it again.

Next I make the basil and pesto muffins, which after the efforts of the mousse are very easy. I mix 120ml of aquafaba with 80g of almond butter, add to this a blend of oil, yeast, garlic, basil and cashews, then add flour, baking powder and soya milk. I pull a baking tin full of dry-looking, grey bakes out of the oven. When they’re cool, I eat one, but I don’t finish it.

Apparently aquafaba was “discovered” in 2014. Really? We’ve got large hadron colliders and driverless cars, but we’ve only just found out how to recycle stinky chickpea water? Whatever the truth, and even if my aquafaba experience hasn’t ranked among my best culinary moments, it is innovations like these that take us to new places and reveal unexpected possibilities in the world of food and eating.

When I realise my cooked chickpeas have been sitting in their aquafaba for four or five days, I start thinking about those poisonous legumes again. A half a kilo of chickpeas is a lot to get through, even though the book gives a few chickpea recipes, and 750ml is a lot of aquafaba to use up. I’d recommend making half that amount on your first attempt, or not bothering and sticking with the can unless you definitely want to make houmous too. I’ve been eating chickpeas for three days when I decide to freeze the rest of mine.

I turn to Chantelle Nicholson’s recent vegan cookbook, Planted. Nicholson, who opened The Gilbert Scott with Marcus Wareing and is chef-patron of Tredwells in Covent Garden, is an omnivore but here she explores the possibilities of aquafaba in brioche, cornbread, maple, cinnamon and raisin buns, a cherry and earl grey tart, and of course meringues. I think I’d be a happy vegan for a month at least with this book in my hands. But the meringue recipe, one part aquafaba to two parts icing sugar, is essentially the same as the one in the Aquafaba book. However, instead of using my homemade brackish legume water, I open a can of chickpeas and - praise be - I am finally the proud owner of some impressively stiff peaks.

The day after making them, I give the muffins another try, and they’ve miraculously become moist and flavoursome. I think I’d describe this as the “science” of chickpea water rather than “magic”, as the book cover puts it, but then I don’t have the same hunger as a vegan who’s been missing mayo and meringue for many years.